The Irish Rugby Football Union (IRFU) confirmed the dates for the remaining fixtures of the 2020 Women's Six Nations on Monday.

The Six Nations was postponed after round three in March due to COVID-19, but it has officially been confirmed that the remaining two rounds of the competition will go ahead on October 25th and November 1st respectively.

Ireland will take on Italy in their fourth round encounter at Energia Park, before heading over to France for the final round of the tournament.

They are currently third on the table with wins against Wales and Scotland before lockdown.

The squad have been training at the IRFU High Performance Centre after being called up in August.

Head coach Adam Griggs said on the IRFU website that they are preparing well ahead of the resumption of the championship.

"We’ll have our full squad back together for our two-day camp this week and that’ll be really important for us," Griggs said.

"There are four camps leading into the Six Nations and getting the bodies ready for the contact and intensity that a Test match brings will be a priority.

"The intensity in training is important and we’ll be making sure we’re ready to go against Italy.” 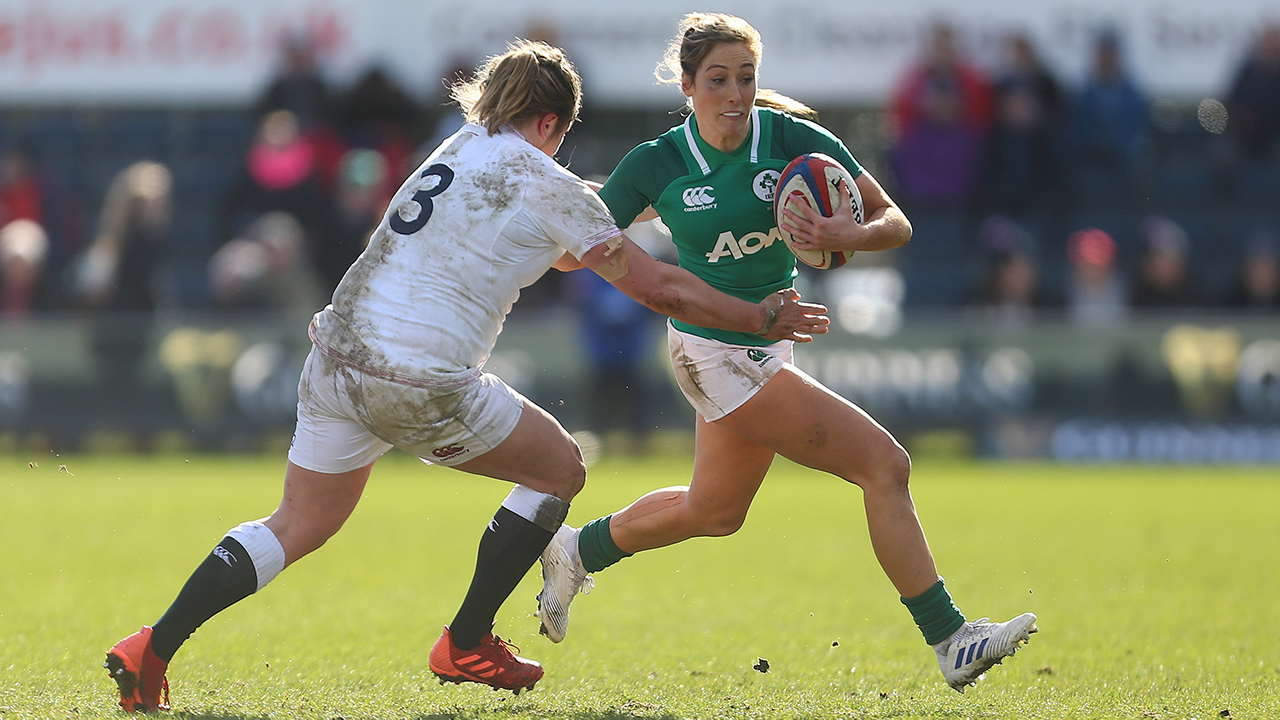 Eimear Considine of Ireland in action during the Women's Six Nations Rugby Championship match between England and Ireland at Castle Park in Doncaster, England. Photo by Simon Bellis/Sportsfile

He added that the squad will not let the disruption in the season be an excuse for anything less than their best.

"There will be no excuses, we want to make sure that we go out there and play to the best of our ability," Griggs said.

"We want consistency in our performance and we want to make sure we’re heading in the right direction for December and the World Cup Qualifiers which ultimately is what our season will be judged on.”

The championship will conclude with the remaining Round 3 match between Italy and Scotland, which was originally due to be played in late February, on December 6th.

Ben Morel, Six Nations CEO commented, “Despite the ongoing challenges presented by COVID-19, we have been at all times absolutely determined to conclude this year’s Six Nations Women’s Championship.

"While we will remain vigilant in the current fast changing environment, we are nonetheless delighted to announce this schedule today.

"We are really looking to some exciting rugby and fantastic matches in the weeks’ ahead.

"I want to thank all involved in making this possible from the players, unions staff to our commercial partners.”

IRFU confirm attendance numbers for tests with Japan and USA