Brian O'Driscoll has quashed the debate that teams should solely target the World Cup ahead of th...

Brian O'Driscoll has quashed the debate that teams should solely target the World Cup ahead of the Six Nations.

Speaking to OTB Sports on Tuesday evening, O'Driscoll remarked that the Six Nations is just as important as it has ever been.

"We know the Six Nations is the pinnacle global tournament outside the World Cup," said O'Driscoll. "That's why we've got the World Cup winners trying to get into it.

"I feel as though it's what we as fans, supporters, players, and analysts make of it rather than necessarily just one coach.

"He's (Jones) a foreign coach coming in, and maybe he doesn't see it as we've always treated it. He hasn't grown up with it. Maybe he doesn't feel he needs to have respect for the yearly event that is the Six Nations.

"Maybe he sees it as this climbing block to get to the World Cup. I'd be pretty confident that he's not going to be there in 2024.

"I think we have to take an awful lot of what we hear from Eddie Jones with a pinch of salt, whether he says good things about us or bad things. Or when he says anything about our prized possession.

"Let's not stress ourselves too much about it. We know what it is; we know it's great. We've got a weekend coming up where two of the three games are going to be significant." 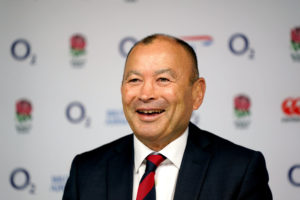 Looking ahead to France vs England this weekend, O'Driscoll believes France may have jumped over the toughest hurdle already.

"England has a chance. Unsurprisingly, the banana skin was always going to be Wales.

"It's England at home, and you're picking from a full deck - it's very hard to see.

"France are very well organised defensively. You have to think France will be favourites."