It was announced on Friday that 33-year-old Toner will start in the second-row for Ireland's Guinness Six Nations clash with England at Twickenham on Sunday after Iain Henderson was been ruled out for family reasons.

Veteran Leinster lock Toner came off the bench in the recent victories over Scotland and Wales and will win his 70th cap in the game.

"It's brilliant for him. He's bounced back really well.

"Obviously everyone has setbacks through their career and he had a big one at a bad time for him but he's bounced back well.

"You saw by the reception that he got against Scotland, I've never heard a crowd cheer so loud for a line-out win, we're giving him a bit of stick about it. It just shows what everyone thinks of him and all the lads are delighted for him."

An Irish win in London on Sunday would seal a 12th Triple Crown and would see Andy Farrell's side take a massive step towards regaining the Six Nations trophy.

Speaking on Friday afternoon about how they're preparing for the showdown, Sexton had nothing but praise for their opponents, who hammered them 57-15 the last time they met in a World Cup warm-up game last year. 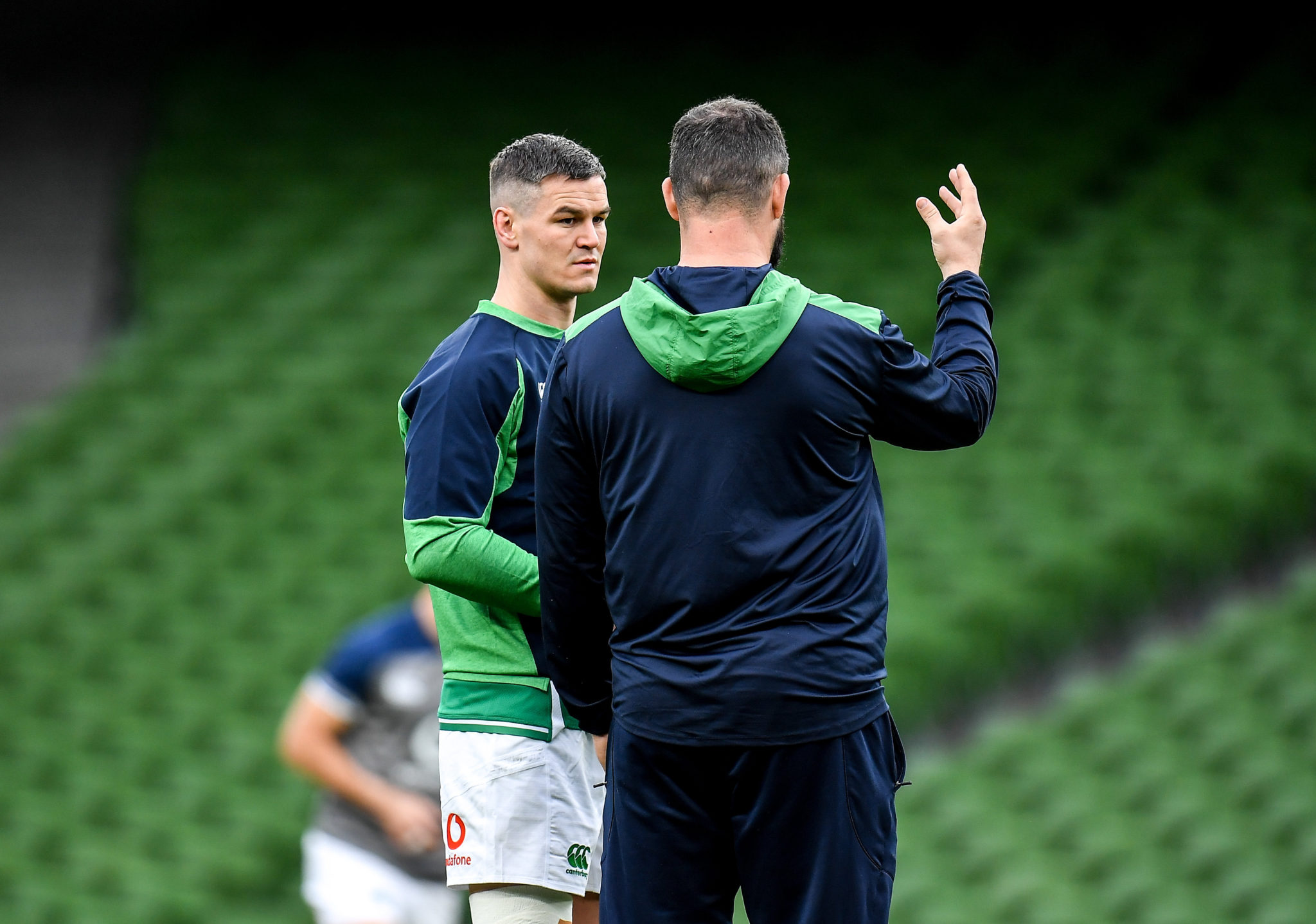 He was also keen, though, to point out that motivation, and any lack of it, won't be an issue.

"They're very strong, aren't they? One thing I've always thought about England is they've got so much strength and depth with so many players that they're four, five, six players deep in every position. They're very lucky to have that.

"They've obviously got world-class players, a certain few players that they really miss when they're out but other than that they've got a lot of strength and depth so we're going to be preparing for the best England that we've seen in this championship.

"They've played two games in pretty poor conditions and we haven't really seen their best. We prepare for the best by watching the game that they played against us last year, watching the New Zealand game and a lot of the World Cup games.

"You can't have more motivation than when you're going to Twickenham with a Triple Crown on the line, you can't be more motivated.

"Looking back at the games we've had to sit back and try and learn from them. It's been pretty tough viewing but that's what we're coming up against, there's no point hiding away from it.

"We've got it all to do, we've got to figure out how we can make up a 50 point margin from the last time we played them. It's been a good week trying to figure that out and now we'll see how close we can get to them."

Speaking of motivation, the squad was joined in camp this week by former Irish captain Paul O'Connell as well as U2's Bono, who spoke to the group in relation to success for over an hour.

Sexton said that the idea is new in Andy Farrell's set up but that he's keen on it.

"He [Paul O'Connell] spent a good week with us. Guys met him individually and he had some points to make in group situations.

"He's been brilliant for the environment and the group. It's going to be something that we do going forward under Faz [Andy Farrell].

"He wants us to learn as much as possible from all different people. We had one of the most famous, successful Irish people in the world [Bono] come into us and Paul O'Connell, who's arguably one of Ireland's greatest ever players so we're learning from the best."

Another element of the set up that's seen changes between Andy Farrell from Joe Schmidt's time in charge is the inclusion of family in the environment.

Sexton feels it's a positive change and one he supports.

"It's come from Faz. At the forefront of everything we do we want our families there.

"Having them in on Captain's Run, having them in the dressing room after games, having them up at the post-match function and back to the hotel the day after, all these things, it's at the forefront of everything we do.

"Ultimately they're the people you want to make proud when you represent Ireland."

The most interesting family dynamic that will be seen on Sunday is the fact Andy Farrell's son Owen will captain England.

Sexton though feels this won't be an issue due to their professionalism.

"On Lions tours where they've been together as father and son, you'd never guess it.

"They're very close but when they're in a professional environment on the same team it's just like a player with any coach. I admired that about them and it's the same when they're opposing.