Ireland captain Johnny Sexton was happy with his side's victory over Scotland, and suggested that...

Ireland captain Johnny Sexton was happy with his side's victory over Scotland, and suggested that it showed that they are on the right track.

Irish media has criticised Andy Farrell's tenure as head coach of the national side, as they have have failed to front up against more physical opponents, and were unconvincing in their 23-10 victory over Georgia last week.

Despite this, Sexton came to the defence of his coach earlier in the week, stating that the side has not gone backwards under Farrell.

Man of the match Caelan Doris and captain Johnny Sexton speak to Clare MacNamara, with captain Sexton once more insisting the team is in better shape than the media suggest #rterugby #irevsco pic.twitter.com/D6IOHAVDNg

Even against Scotland on Saturday, Ireland were unable to maintain a consistent performance throughout the game, with periods of good and bad play for both sides.

Speaking to RTE Rugby after his side's 31-16 victory, Sexton suggested that there are two very different opinions going around.

"I thought we did that brilliantly. We were 6-0 down, the way we wanted to start the game didn't happen, and that shows character, that shows balls from the boys to bounce back and to dominate a large part of the next 60 minutes.

"In the first 20 they they had the upper hand, but it is test match rugby, you don't get it your own way all the time." 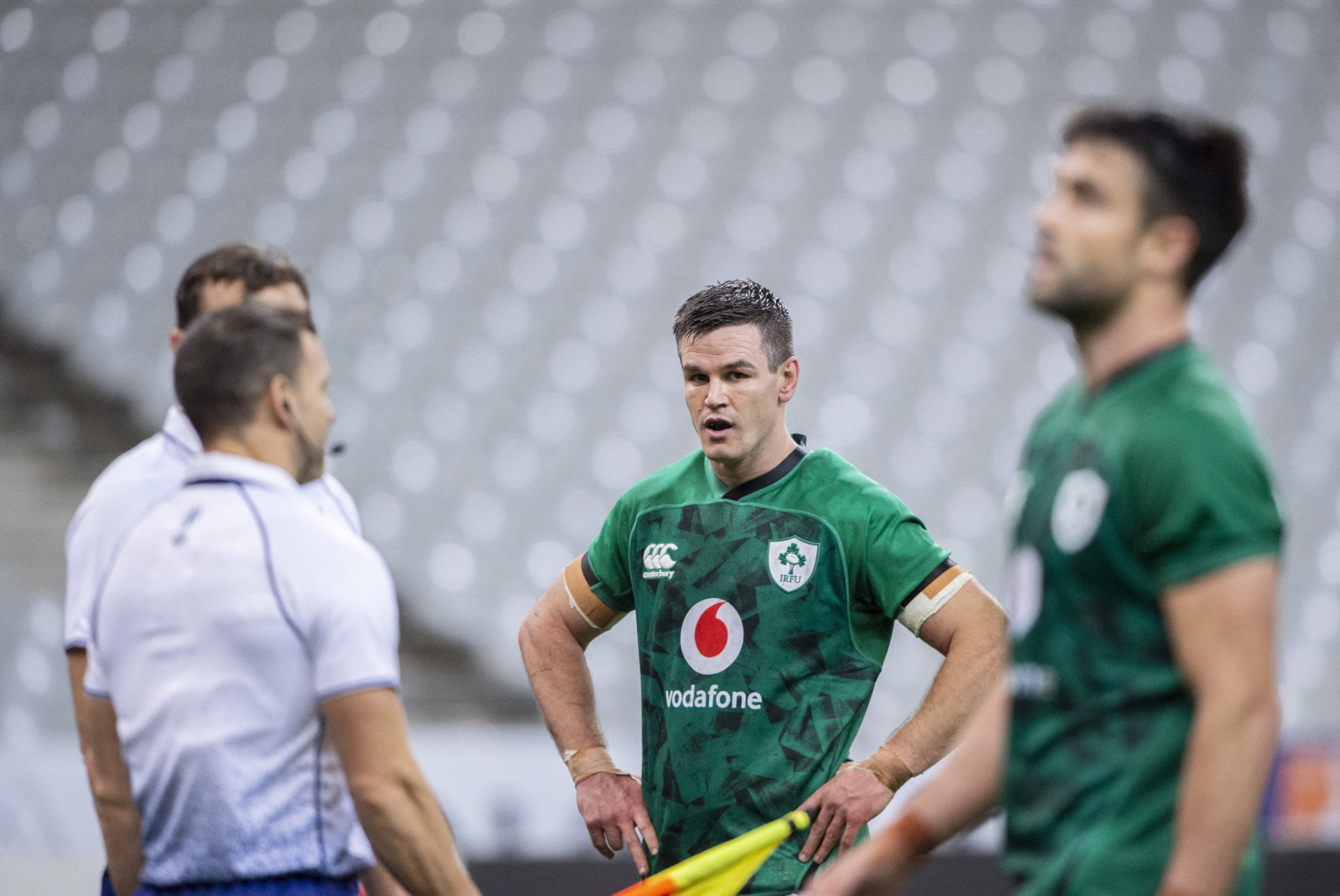 Sexton Jonathan during the Six Nations rugby union tournament match between France and Ireland at the stade de France, in Saint Denis, on the outskirts of Paris, on October 31, 2020. Photo by ELIOT BLONDET/ABACAPRESS.COM

The 35-year-old was not pleased with the media reports suggesting that his side has gone backwards under Farrell.

"There is obviously a big difference in opinion between the players and the media," Sexton said.

"We feel that we aren't at the top table yet, we haven't been able to win away from home against the big teams like France and England, but we have won every other game.

"Obviously the performances haven't been amazing for 80 minutes, last week was a prime example of a good 40 minutes and we took the foot off the gas in the second half. It wasn't good enough and we were told that.

"But we back out coaches, we think they are doing an outstanding job. They are very different from the previous regime, and that takes a little bit of getting used to.

"We have another step to go but we are happy with our progress, and today, I think, showed it." 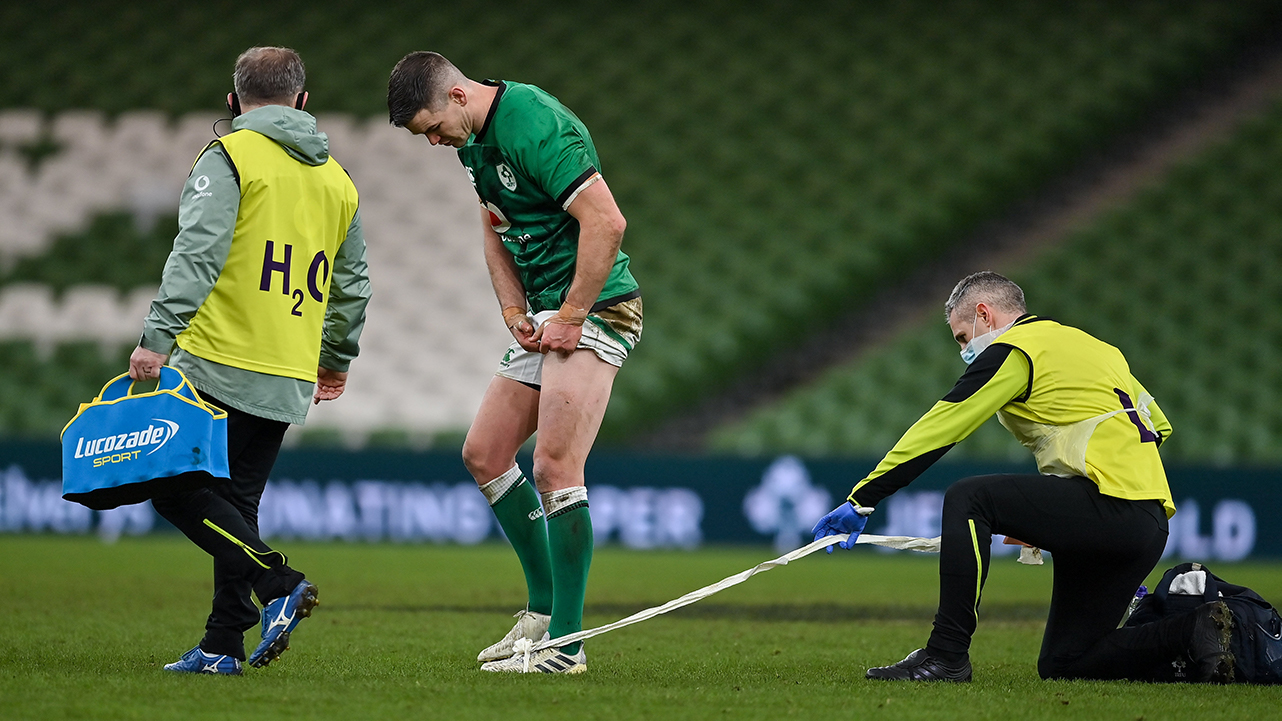 Jonathan Sexton of Ireland wth Team doctor Dr Ciaran Cosgrave during the Autumn Nations Cup match between Ireland and Scotland at the Aviva Stadium in Dublin. Photo by Ramsey Cardy/Sportsfile

The Irish captain was subbed off in the 63rd minute of the match against Scotland, with what looked like a leg injury.

This would concern Leinster supporters, as they prepare for the start of their Heineken Champions Cup campaign next week.

The news after the match, however, is promising as Sexton suggested that it was just a 'dead leg'.

"I got a dead leg in the first half and I was struggling with it," Sexton said.

The World Cup didn't cost me my Ireland place, it was something else | Jack Carty