Leinster and Ireland captain Johnny Sexton will reportedly undergo assessment on his hip after hi...

Leinster and Ireland captain Johnny Sexton will reportedly undergo assessment on his hip after his side thrashed Scarlets 50-15 in Dublin.

Leinster continued their unbeaten run in the United Rugby Championship with a dominant forwards performance against a struggling Welsh side at the RDS, however head coach Leo Cullen was sweating on the fitness of his captain after the match.

The pivot limped off, shaking his head, with just under half an hour to go against Scarlets, after not taking the previous conversion for his side just five minutes earlier.

According to RTE, Sexton will be assessed for a potential hip injury this week, to ascertain the extent of the niggle.

"Johnny has his hip flexor thing," Cullen told RTÉ Sport. "He was happy in the dressing room, 'happier' that when [he left], he’s hopefully OK. Again, we’ll get him assessed." 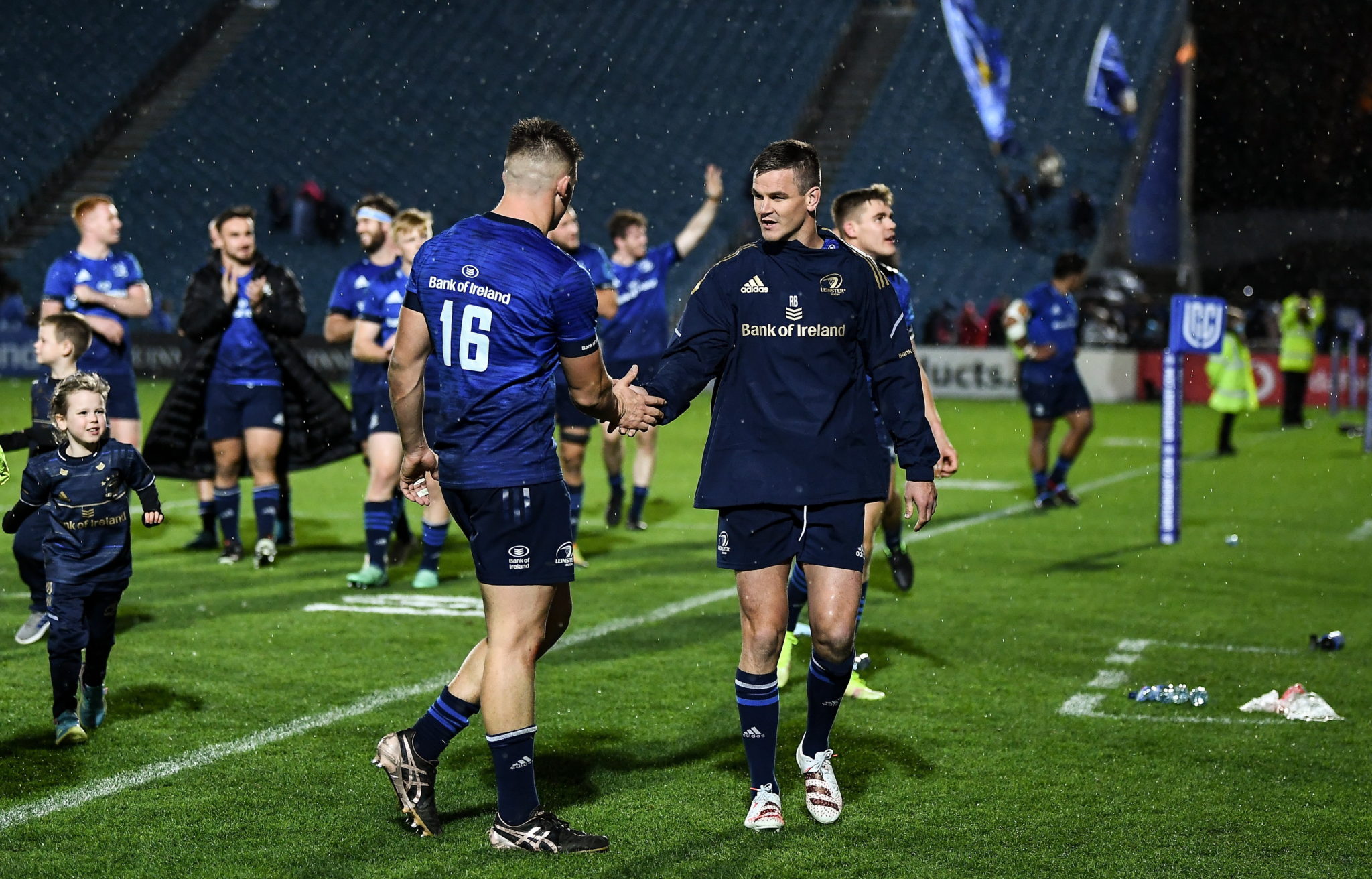 Jonathan Sexton and Dan Sheehan of Leinster after the United Rugby Championship match between Leinster and Scarlets at the RDS Arena in Dublin. Photo by Harry Murphy/Sportsfile

According to RTE, Cullen confirmed that Sexton was the only injury worry following the clash, in spite of eventual player of the match Ciaran Frawley going off for a head injury assessment mid-match.

"The rest of the guys are OK, a few bangs and bumps, overall we’re OK," Cullen said. "Ciaran went off for a HIA during the course of the game so he was OK to come back on.

Sexton has proven to be the form flyhalf for province and country throughout his career, with pundits like Brian O'Driscoll stating that there have been no real challengers to the thrown coming out of the woodwork.

With Ireland head coach Andy Farrell expected to name his team for the November internationals in the coming week, Sexton's injury will be closely watched.

The World Cup didn't cost me my Ireland place, it was something else | Jack Carty