Former Ireland flanker Alan Quinlan discussed Joe Schmidt’s decision to take his new position with World Rugby rather than go back into coaching on OTB AM on Friday.

Schmidt, who was the most successful Irish head coach in the professional era, has taken up the position of Director of Rugby and High Performance at World Rugby.

The New Zealander will manage the department responsible for the high performance, match officials and technical services functions, including player welfare as well as training and education.

Quinlan has mixed feelings about the former Leinster coach’s decision.

“In one sense I am very disappointed; I would have loved to have seen him go back into coaching and getting back on the horse,” Quinlan said.

“Joe is a real technician and thinker of the game. He is always trying to innovate and view the game differently.”

Quinlan would have liked to see Schmidt bounce back from the disappointment of the 2019 Rugby World Cup quarter-final exit.

“There is still a bit of frustration from him and from Irish fans about the World Cup, and all that kind of stuff, and that still lingers,” Quinlan said.

“I would have loved to have seen him go back in and, not prove himself, but just put the nay-sayers back a little bit.

“He has been our most successful ever Irish coach; the success he brought to Ireland was phenomenal.

“It ended disappointingly, and he probably would admit he made a few errors and mistakes in the final hurdle.” 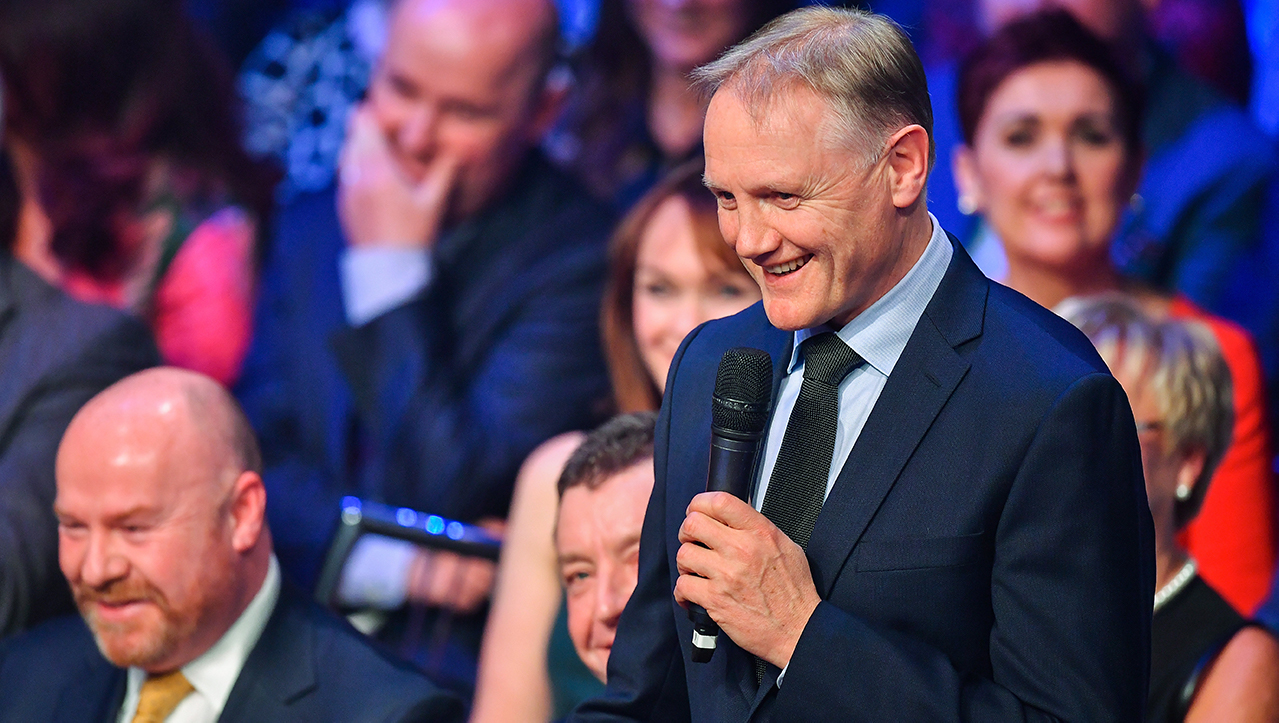 Former Ireland rugby head coach Joe Schmidt speaking at the Conferring of the Honorary Freedom of Dublin City on Jim Gavin ceremony in the Round Room at the Mansion House, in Dawson St, Dublin. Photo by Brendan Moran/Sportsfile

Importance of the new job

Schmidt’s new role will see him able to influence the way laws are regulated and applied, which could have a major impact on the game itself.

“I think what is really important is how the game is governed,” Quinlan said.

Quinlan suggested that World Rugby are very reactionary when it comes to the laws of the game.

“The breakdown is a very contentious issue, there are still lots of debates about that,” Quinlan said.

“There are some law issues that I have problems with, particularly around the maul where players can stay bound and they can twist and swim around the maul.

“It is taking it away as a real threat.

“There are loads of things that would frustrate [fans] when they watch a game.

“The kick-retreat now, obstruction going back when you’re chasing the ball, the way teams can block off [the receiver].

“These are all probably things that frustrated Joe when he was coaching Ireland.

“[They are probably] the way teams nullified Ireland, particularly after winning that Grand Slam in ’18.” 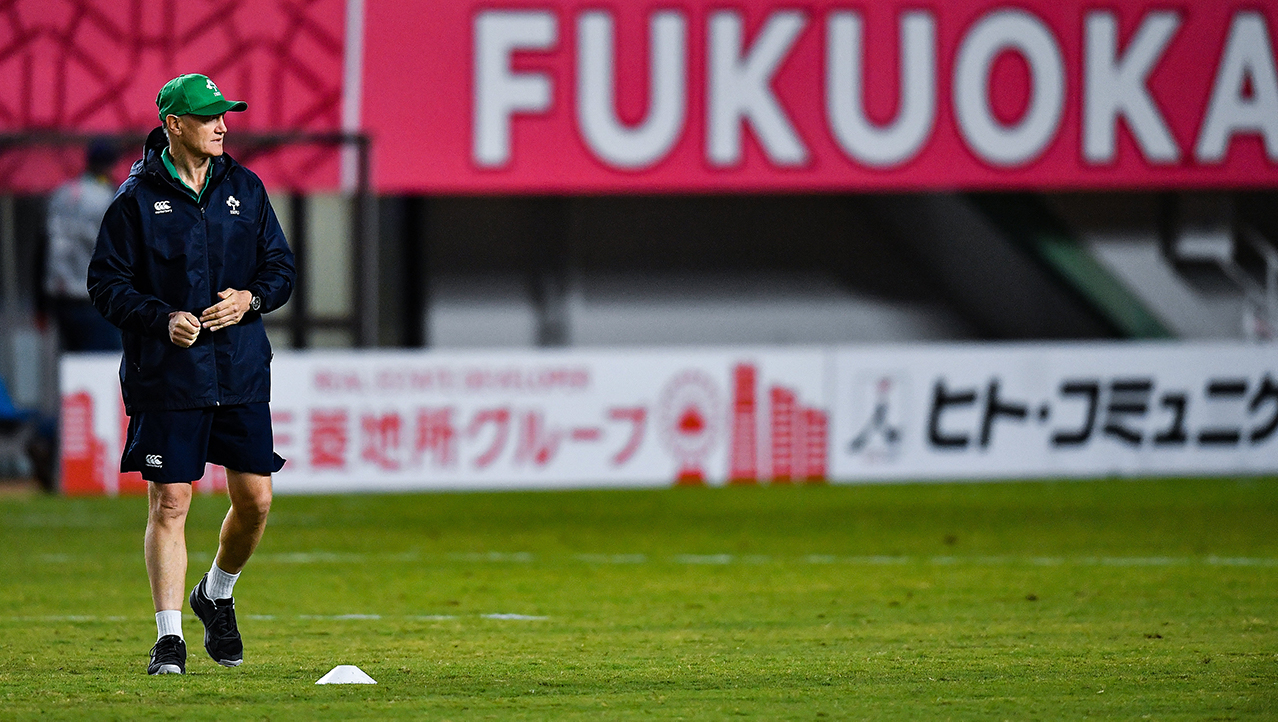 Ireland head coach Joe Schmidt prior to the 2019 Rugby World Cup Pool A match between Ireland and Samoa at the Fukuoka Hakatanomori Stadium in Fukuoka, Japan. Photo by Brendan Moran/Sportsfile

As part of his new role, Schmidt will be in charge of refereeing and will be able to enforce greater consistency across the board.

Quinlan believes that the New Zealander’s influence will be a great benefit in that regard.

“I know some of the refereeing is not consistent, so there are continuing issues that keep arising year after year,” Quinlan said.

“I think there is an ambition from World Rugby and this shows that ambition.

“They want to bring in an expert to look at these contentious issues, [and] to be able to work with the coaches.

“He has been there at the coalface, he’s probably had frustrations with interpretations of laws, player welfare, [et cetera].”

In addition to the contentious issues currently facing the game, Schmidt will be able to provide insight into the future of the game as well.

“There is a lot of stuff on the table regarding [whether] there will be an international league, global season, all this kind of stuff,” Quinlan said.

“So having someone with that much experience and an incredible rugby brain in that position now gives a real focus on someone who has been there, done that.

“He’s going to be to the forefront of a lot of these decisions governing the game going forward.” 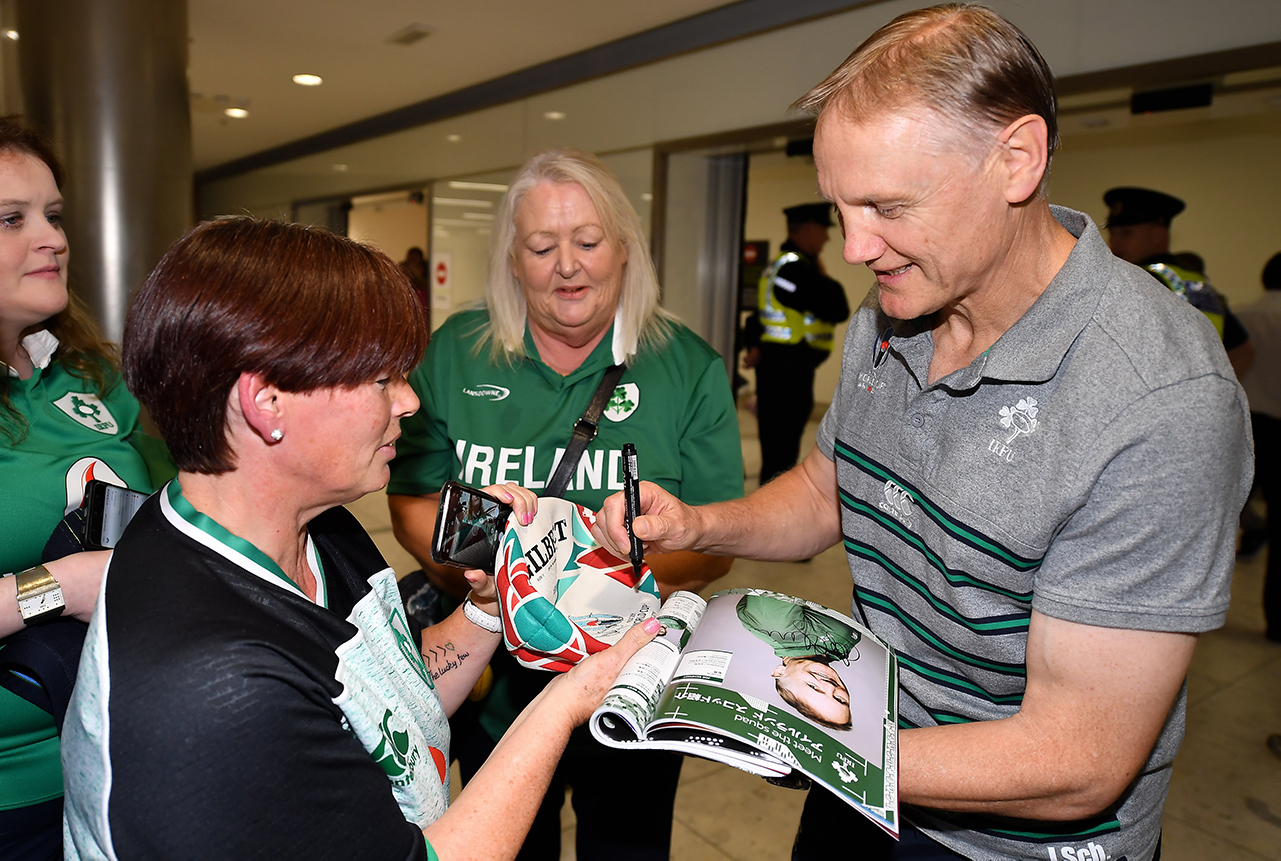 Head coach Joe Schmidt is greeted by supporters on the Ireland Rugby Team's return at Dublin Airport from the Rugby World Cup. Photo by David Fitzgerald/Sportsfile

Schmidt is the best man for the job

Although he has said that he wishes Schmidt went back into coaching, Quinlan acknowledged that this was a smart move for the game as a whole.

“I think this is a really good move for the game,” Quinlan said.

“[He is] someone who is so technical and has been renowned at Leinster and Ireland for thinking outside the box and coming up with different sorts of patterns and powerplays.

“[He] has brought massive success, so I think it is a really good thing for World Rugby.”

Quinlan believes that Schmidt will be able to balance the player welfare interests while also promoting a more watchable and enjoyable global game.

“To try and make the game safer, a better spectacle, and to manage all that player welfare stuff are very important issues that are on-going,” Quinlan said.

“You see the modern day game, particularly in the northern hemisphere, the way defences are just continually shutting down the opposition and you look at some games and they are kind of hard to watch.

“Looking at all those kinds of issues going forward you couldn’t have a better man.”

Alan Quinlan on IRFU & London Irish: 'It is likely to become the 'fifth province'