The two European powerhouses went at it from the off and it was the Irish side who struck first - Johnny Sexton slotting over a penalty in the third minute.

The sides cancelled each other out for much of the opening stanza with Jordan Larmour making the most of the limited space afforded to him in one attack in particular.

Luke McGrath was arguably the pick of the Leinster tacklers, putting his body on the line repeatedly throughout.

Maro Itoje received a yellow carded 10 minutes before the break for repeated infringements which eventually saw centurion Tadhg furlong burrow over from close range after relentless pressure at a scrum in the 31st minute. 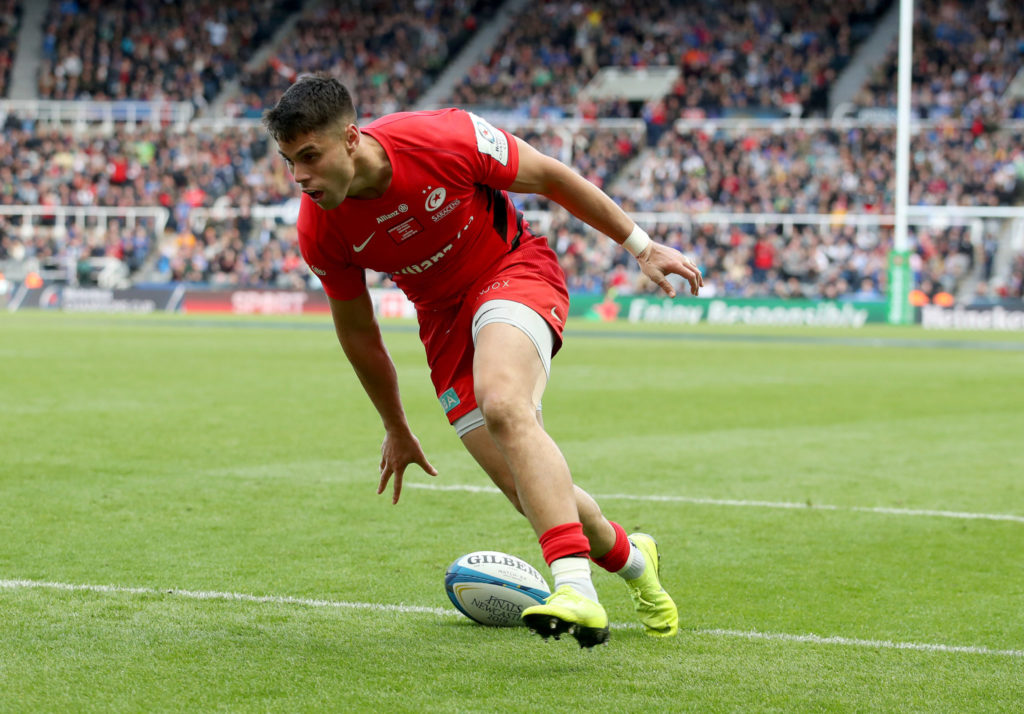 Owen Farrell finally got Saracens on the board with a penalty in the 39th minute after George Kruis won a penalty deep in Leinster territory.

Leinster will be kicking themselves for letting the game continue as a wayward box kick from Luke McGrath launched a Saracen's attack with the clock in the red.

It was Sean Maitland who eventually scored in the 43rd minute, with Farrell converting from the sideline leaving the sides level 10-10 at the break.

The teams picked up where they left off at the start of the second half. Fardy was yellow carded in the 57th minute with Saracens camped on the Leinster try line.

Farrell slotted over the close-range penalty to take a 13-10 led with just over 20 minutes remaining.

The tide appeared to be turning in the English side's favour as they ramped up the pressure on Leinster's scrum.

Billy Vunipola powered over from close range and with Farrell converting - stretching Saracen's lead out to 20-10 with less than 15 minutes remaining.

Leinster were never going to let their crown slip easily and through everything they had at Saracens but couldn't find a way through. Saracens are champions of Europe for the third time in four years.