The Springboks were on the receiving end of one of the biggest shocks in the tournament's history when they suffered a shock 34-32 defeat against Japan in 2015.

Souyth Africa regrouped and made it to the semi-final before losing to eventual champions New Zealand.

"I was hoping you weren't going to mention that! Because that still hurts us very, very badly," Wiese said, adding: "I think every Springbok supporter wants to forget it as much as possible.

"But, on the day, they were the better team and caused probably the biggest shock of World Cup rugby.

"That's the beauty of World Cup rugby. It shows you the minnows, the smaller teams, the well known rugby teams, like a Japan, have come along tremendously and you saw what that win meant to them.

"It was to the detriment of South Africa but it as a huge boost for Japanese rugby." 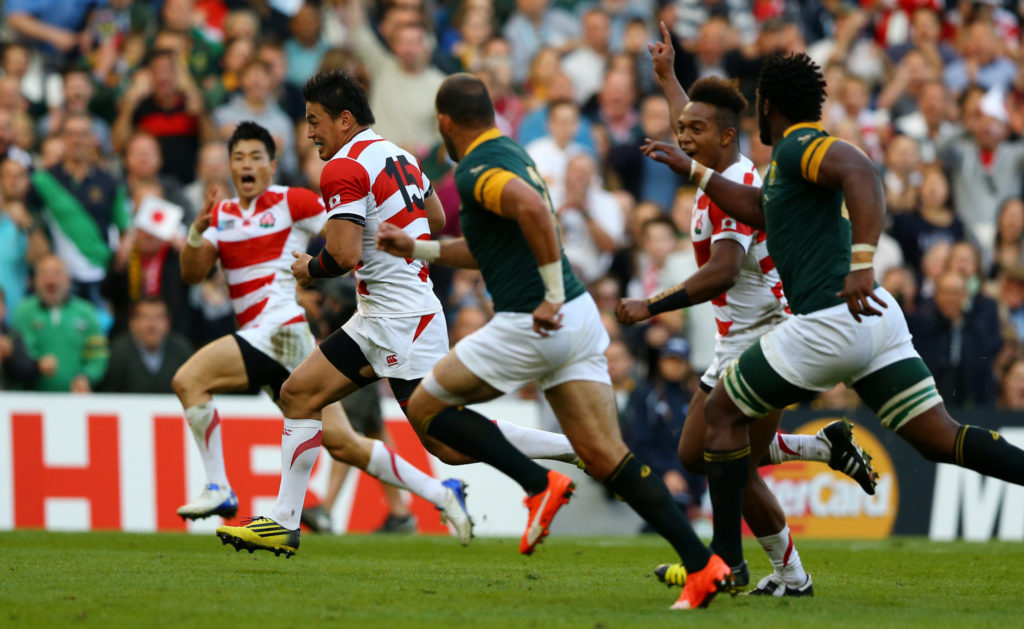 "I think it was just one of those, unexplained, crazy days where the Springbok side unfortunately didn't turn up. I'm taking nothing away from Japan on the day, I say again, they played the better rugby.

"South Africa made wrong calls, terrible mistakes, wrong choices and so forth. So we paid the price.

"And yes they came back. South Africa has always been a nation that's proud of our sport and when it comes to the Springboks as well, the people  support the Springboks 100% and it showed after that.

"They took a lot of abuse and obviously rightfully so. But, they bounced back and when the chips are down, the Springbok side has always shown that they will turn up."

You can listen to the full episode here.