Ronan O'Gara dropped into Monday Night Rugby on Off The Ball where he spoke about breakthrough Munster out-half Ben Healy.

When a Munster number ten slots late winning kicks in successive weeks, inevitable comparisons will be made - however, O'Gara says the way he and Healy kick is vastly different.

While the master has not seen much of the Munster young gun, he has a clear memory of Ben Healy executing a crucial skill last year.

"I have a memory from a highlights clip last season of a right foot spiral to a right touchline of over 50 metres," recalled O'Gara.

"For you to understand that, it's probably the most difficult kick in terms of attempting it. When you master the spiral and you understand the flight of the ball it becomes like any other kick.

"If you hit a good spiral the ball will tail off to the right so you get the capacity of the ball to fly and then at the end it will arc back out towards the right touchline for a right-footer.

"So this thing about the angle and you need a left-footed kicker to go to your right touchline is inaccurate. If you can kick the spiral well or end over end once you have the angle correct, you can do anything." 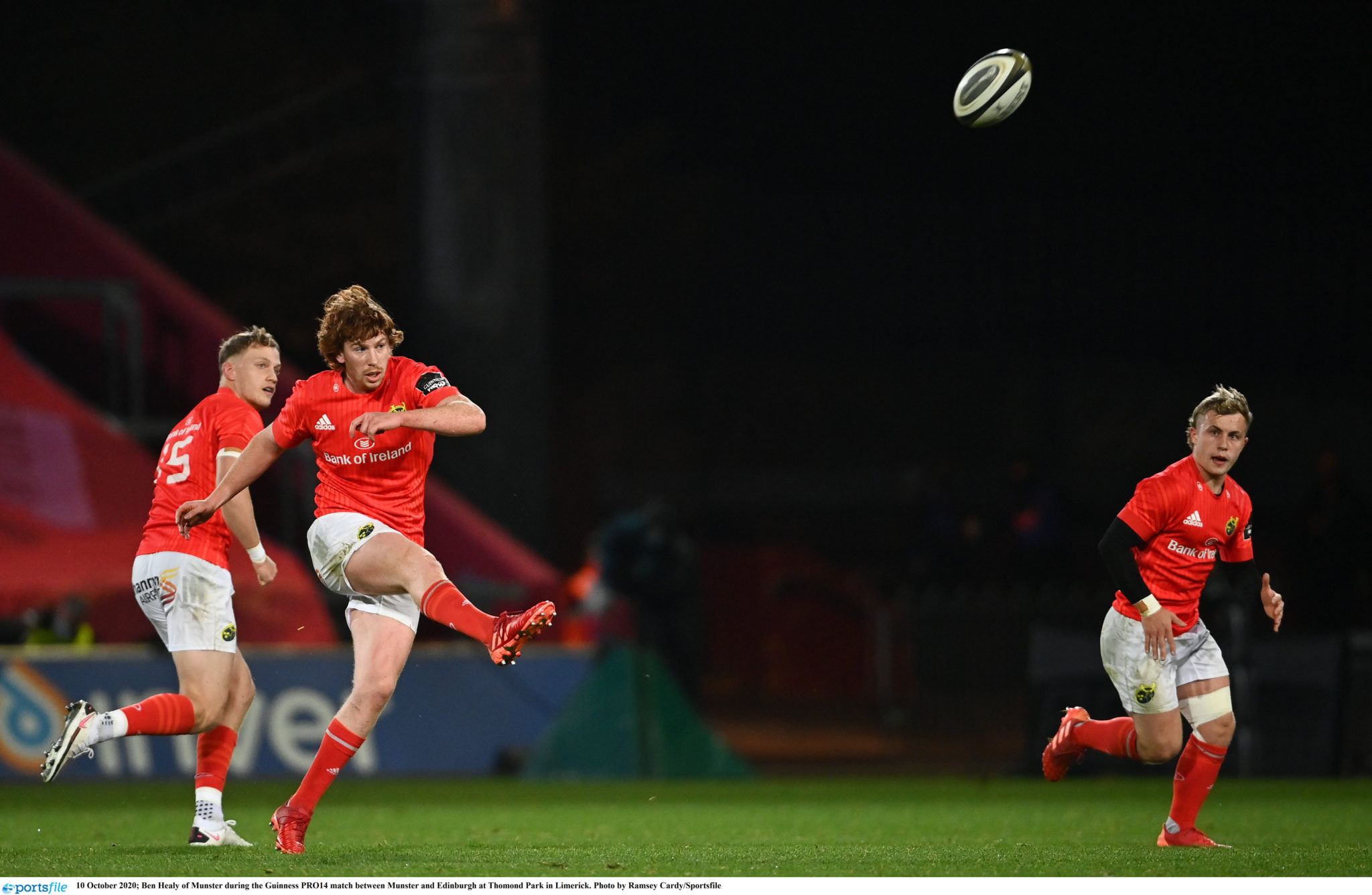 That particular clip of the newest Munster out-half had a major impact on the former stand-off.

"I recall it actually hit me like a train watching that, wow," said O'Gara. "Maybe because I have a soft spot for boys spiralling the ball but this was really really impressive.

"His phase game, his running game, his passing, his decision making, I can't give a verdict yet as I haven't looked at Munster's games in-depth. It would be unfair."

While O'Gara has yet to form an opinion on the all-round game of Ben Healy, his impact is beyond doubt.

"I don't think the guy can make a bigger announcement or a bigger statement with his impact on the game," said the former Munster number ten.

"In limited time against the Scarlets, it was an incredible job he did, in terms of kicking those penalties. The last one was an incredibly good kick, and he never looked like missing.

"It was the same this weekend, I know he missed one. He kicked seven out of eight. As a 21-year-old to have the mental capacity to do that [is special].

"What many people will not appreciate is to get to the emotional pitch for the Edinburgh game because so much of his energy would be used up mentally in coming on and doing such a good job for Munster away to Scarlets.

-COVID chaos in the Top 14
-Ben Healy
-A kicking technique masterclass, -The pressure on a Munster number 10
- Ireland's full back dilemma...

'Uneasy is the head that wears a crown' has been the case for Munster out-halves since O'Gara's departure.

"It's a jersey that holds such a huge interest to the public and the supporter of Munster rugby. The number ten jersey going back hundreds of years... well maybe not hundreds [laughs].

"It's always been a famous jersey, you think of Tony Ward wearing it against the All Blacks in Thomond Park.

"I suppose over the years not many people have worn it but they have a responsibility to it, and that's the way that jersey is presented to you.

"So Ben Healy has really hit the ground running."