Leinster's Garry Ringrose has been named Guinness Rugby Writers of Ireland Men's Player of The Ye...

Ringrose impressed for Leinster in their unbeaten season in the Guinness Pro14.

The 25-year-old is currently recovering from a broken jaw but is confident he'll be available for Ireland's opening Six Nations game against Wales on February 7th.

"It is a real honour to be named the Guinness Rugby Writers of Ireland Men’s Player of the Year," he said.

"2020 was an extremely challenging year for us all and I am very grateful to the rugby writers of Ireland for selecting me as the winner of this prestigious award at the end of it all.

"Although, last season was great and I am very proud to be part of the Guinness PRO14 winning team with Leinster, I hope that I can kick on in 2021 for both Leinster and Ireland." 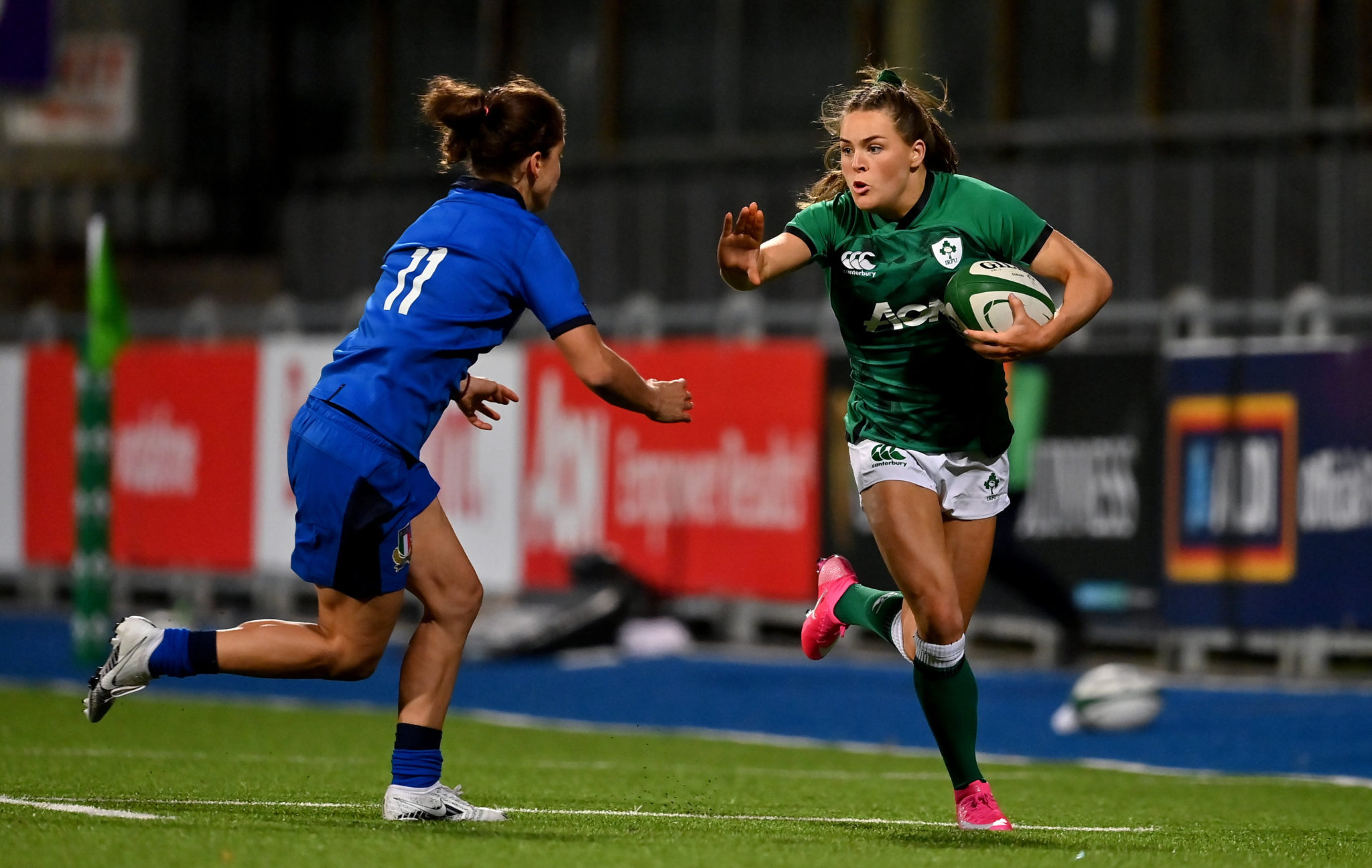 Meanwhile, Béibhinn Parsons was awarded Guinness Women’s Player of The Year following her breakthrough season in 2019/2020.

The Ballinasloe winger enjoyed a tremendous season with Ireland, while balancing international rugby with her studies.

"Winning the Guinness Rugby Writers of Ireland Player of the Year award is a real ‘pinch me’ moment," she said.

"To follow in the footsteps of incredible players like Ciara Griffin, Claire Molloy and Sene Naoupu is just incredible!

"To even be nominated for an award of this calibre has exceeded all my expectations. I would have never considered myself to be in the same bracket of players with those women."

Leinster were named as team of the year, while Ballynahinch took the club of the year award.

Former Munster Rugby CEO, Garett Fitzgerald, who passed away in February, has been honoured with the Rugby Writers of Ireland Tom Rooney Award.

Jordan Conroy and Louise Galvin were adjudged the best of the 7s men's and women's teams respectively.