France kept their title hopes alive with a last second victory over Wales, denying Wayne Pivac his first Grand Slam in the process.

Despite leading by 10 points heading into the final couple of minutes of the match, Wales were unable to secure their 13th Grand Slam, after Brice Dulin and Charles Ollivon both crossed over the line in the final five minutes. 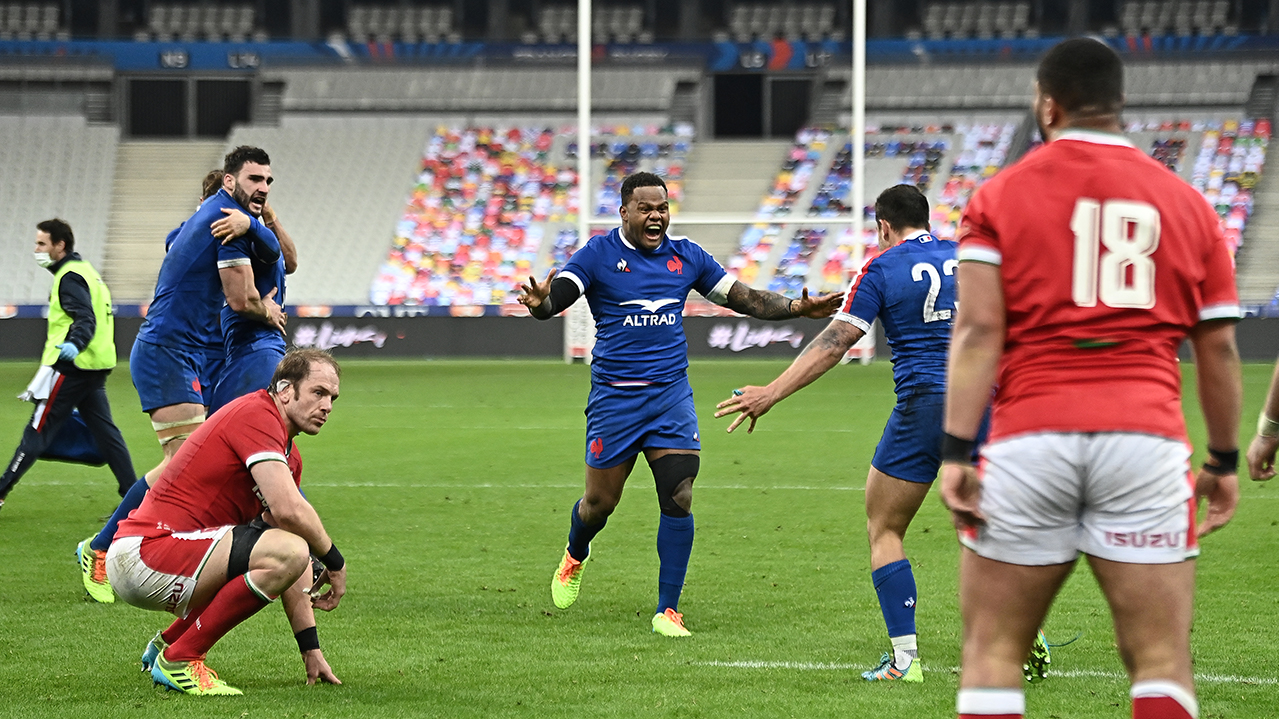 With just over 20 minutes to go, some Welsh fans were happy with how their team looked heading into the final moments of the match, while some not so Welsh fans were feeling the nerves.

Still a quarter to go but this is just a brilliant Welsh performance so far... #FRAvWAL #GuinnessSixNations

The only link I have to Wales is once kissing a guy from Pontypridd, but even I am nervous about this #FRAvWAL

I DO NOT ENJOY THIS #FRAvWAL

The match started to break down in the final quarter, with both sides showing a number of disciplinary issues. Despite the use of the TMO constantly slowing the game down, many fans were just happy to see the right calls being made; most of the time.

It might take a while but the TMO system in rugby is worth its weight in gold in getting big calls correct.....and the politeness of rugger referees never fails to astound me 🏉 #FRAvWAL

Forensic refereeing by English officials in Paris. Some will probably say over analytical for that red card. But a far cry from days of Wade Dooley assaulting Phil Davies in late 80’s and getting away with it #FRAvWAL

Ultimately, with 13 men on the park against 14, Wales were unable to fend off the mighty French flair, and conceded two tries in the final three minutes of the match, to blow their two-score lead.

However, some neutral fans believe that Wales did not deserve to win based off of their negative play towards the end of the match which resulted in their two yellow cards.

Boom. So delighted Wales got punished for all that crap they pulled. #FRAvWAL

Can you believe it!?

France score in the 82nd minute to deny Wales and Alun Wyn Jones a fourth #SixNations grand slam by winning 32-30.

Wales down to 13 men after two late yellow cards, France playing with 14 after a red.

With their Grand Slam dreams over, Wales are still in with a shout at winning the championship if France cannot beat Scotland by enough points in their postponed game next weekend.

However, with their title hopes now completely out of Welsh hands, many were quick to point out that OTB Sports' own Ger Gilroy had predicted this downfall weeks ago.

If imagine @gergilroy is having a wry smile this evening 😂

Look what u have done??? @gergilroy