Rassie Erasmus denies ever calling Ireland a team of 'softies'

The World Cup winning South African Head Coach Rassie Erasmus has insisted that he never accused the Ireland team of being 'softies' in conversation with OTB Sports.

In the aftermath of South Africa's 2019 Rugby World Cup win, the documentary Chasing The Sun revealed how Rassie Erasmus and his team had triumphed in Japan.

Among a catalogue of snapshots from team meetings, pre-match speeches and the remarkable journey so many of those involved had made to this point, the attention of Irish rugby fans was piqued when Erasmus sought to prepare his team for a World Cup semi-final with Wales.

"They are not softies, they're not like Ireland," he was heard saying to his players.

"That is a big statement to make," responded the South African-born Ireland international CJ Stander back in November. "[Erasmus] put it out there so, you know, that’s his prerogative. That’s what he thought of us."

However, as he spoke to OTB AM in an interview that will be aired in its entirety on Tuesday morning's show, Erasmus denied he had made any such assertion. 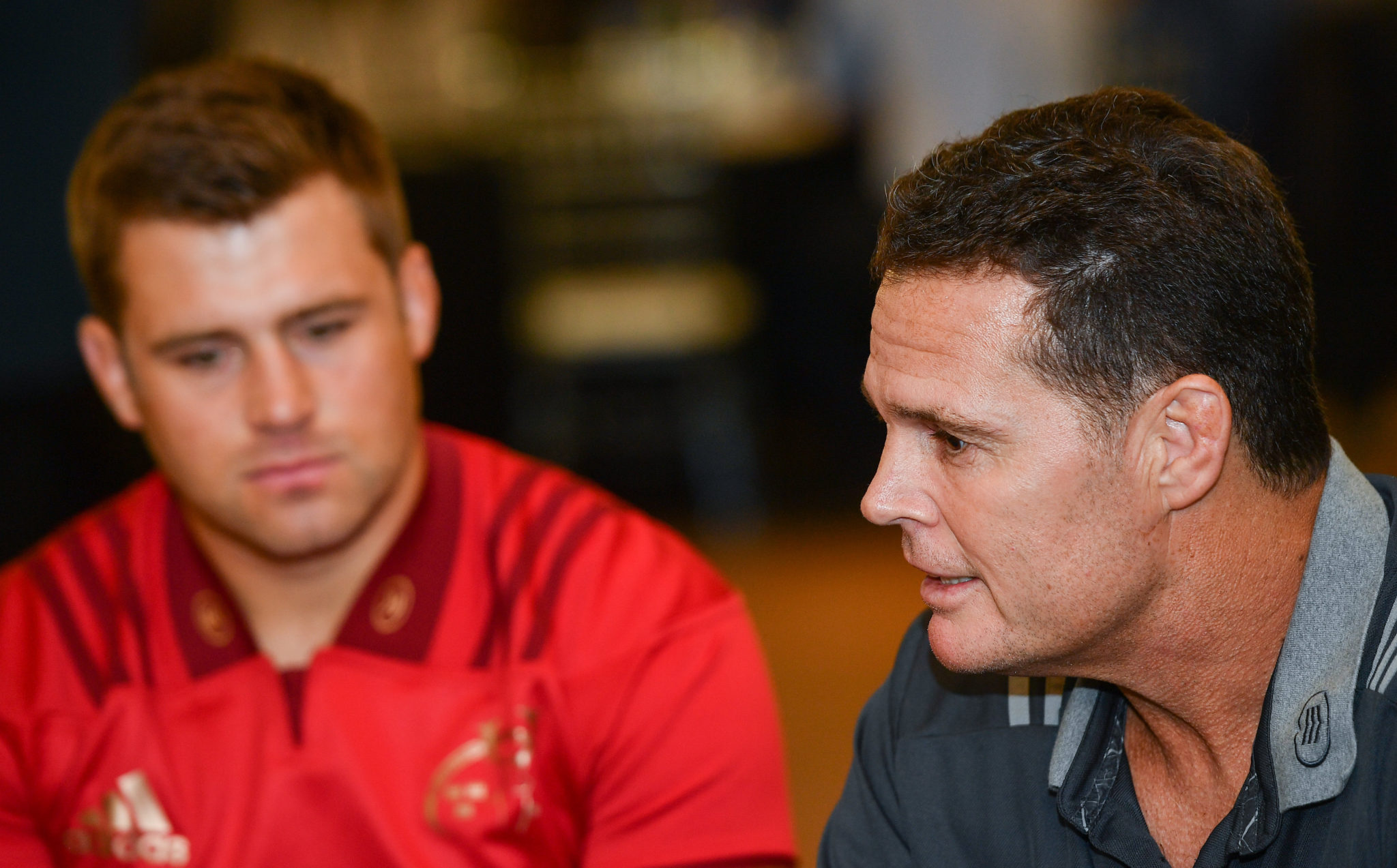 "If people made up their opinion on what they have heard," he began, "then I wouldn't try to convince them otherwise.

"But I think the people from Ireland who do know me know that I would never say something like that in a way that is meant to be negative.

"What Irish people have done for me, what I've learned from Munster and Irish people overall, I wouldn't be half as successful a coach."

The former Springbok arrived in Ireland from South Africa five years ago to become Director of Rugby with Munster. Following the tragic passing of Head Coach Anthony Foley in October 2016, Erasmus concurrently operated as DoR and Head Coach until departing the Irish province in late 2017.

A time in his life that he discusses with great fondness, Erasmus sought to provide context for what was said in that team meeting before the Welsh game.

"When actually talking about Ireland, we said they are so well-drilled, so clinical, these guys absolutely take ownership of the game. They are on top of their game.

You can watch the full interview with the South Africa Head Coach Rassie Erasmus on Tuesday's OTB AM across all of OTB's social channels from 7.30am

For further information or to purchase tickets for this event, you can visit www.leadersloungelive.com

French showdowns for Ireland and Leinster set for elite rescue