When the pair collide at the other end of this year's Six Nations in the quarter-finals of the Heineken Champions Cup, Saracens will relish the prospect of defeating Leinster irrespective of their off-field concerns, according to Alan Quinlan.

Destined to spend next season in the second-tier of English professional rugby, Saracens, after being found guilty of breaching the Premiership's salary cap, were officially relegated this weekend.

With a summer of change looming as the reigning European champions seek to unburden themselves of certain high-earners in their bloated squad, the fear factor surrounding Saracens may be lessened on Leinster's behalf.

Comfortably beaten by the English club in last year's Heineken Champions Cup decider, six wins from six in the pool stages of this year's competition have - given Saracens' second-placed finish in their pool - pitted the two against each other once again.

However, with such uncertainty surrounding so many players at the club, will Leinster be presented with a significantly softer opponent in early April?

"Ya, maybe, and it depends what shape their internationals are in after the Six Nations," suggested Alan Quinlan on Monday's OTB AM.

"But they'd like nothing more than to turn Leinster over in a quarter-final, win [the Heineken Champions Cup] and stick the two fingers up at everyone else in the Premiership.

"They remain a very dangerous prospect and can play everyone now in Europe. Leinster will need to take it to a place where it comes down to passion for the club." 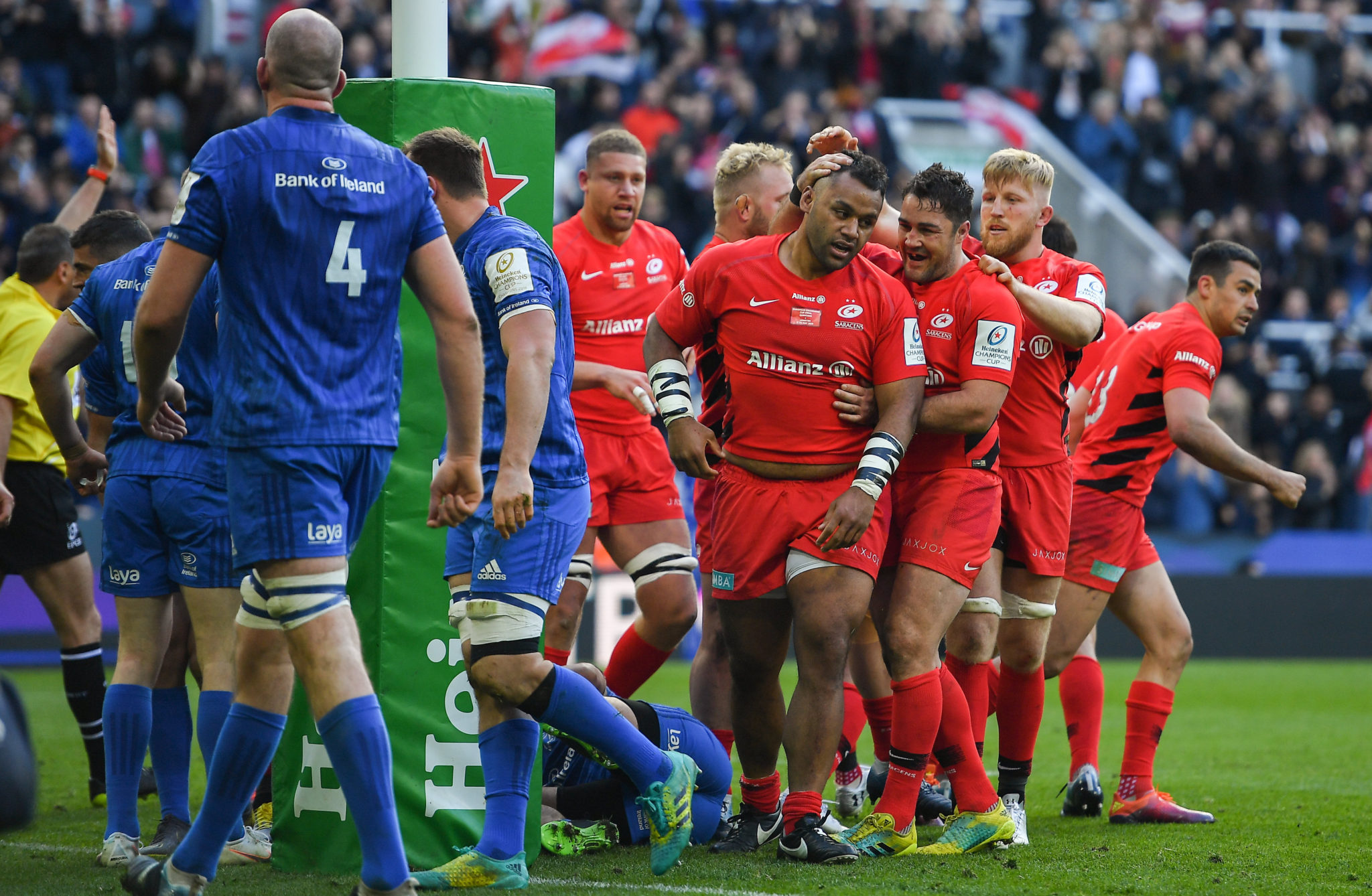 11 May 2019; Billy Vunipola of Saracens celebrates with team-mates after scoring his side's second try uring the Heineken Champions Cup Final match between Leinster and Saracens at St James' Park in Newcastle Upon Tyne, England. Photo by Brendan Moran/Sportsfile

Disheartened by the entire affair, Quinlan believes that although Saracens have accepted relegation from the Premiership as their fate, there should be transparency regarding the extent of their off-field behaviour.

"I find it very difficult that these mistakes have been made," he stated. "If you go to your accountant as a sole trader and ask them to do your tax return, their job is to highlight potential irregularities or risks.

"Saracens would have been told this was dodgy, taken the risk with these deals with the players and [did it anyway]. What frustrates me the most is that we'll never know [the full story]."

Watch back Alan Quinlan's review of the rugby weekend on Monday's OTB AM here.