Alan Quinlan says the departure of Munster coaches Jerry Flannery and Felix Jones is "unsettling" for the province.

This week, Munster announced that the pair, who both represented the province at senior level, would be leaving at the end of the season after contract negotiations broke down.

In a statement, Munster's acting CEO Philip Quinn said the club had made "every effort to retain the coaching duo with competitive terms."

Speaking on Friday's OTB AM, Quinlan said the development was more unwelcome news for his former side.

"We're speculating as to why [they've decided to leave]," he said. "The statement that came out was that Munster tried to sign them, but they rejected new contracts.

"I think it's unsettling. It's not exactly a positive story that Munster need. There's a bit of negativity floating around with the game last week against Bennetton.

"There's a lot of frustration with how they played. They were certainly lucky to get through that. It would have been a catastrophe if they didn't get through that and missed the semi-finals.

They know the club inside out and they're young coaches... 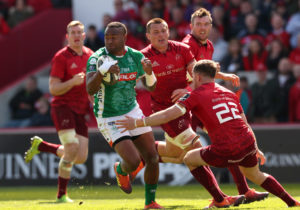 Munster on their way to beating Benetton.

"There's a lot of positives things, but we can focus on the negatives.

"They got to two semi-finals this year. They're possibly into a final if they beat Leinster (in the Pro14).

"They've had a lot of injuries, but I think this is a bit of an unsettling scenario. They're obviously looking for another coach, an attack coach.

"Maybe Felix and Jerry didn't feel like they were part of that. It's disappointing. They're two Munster guys who've played with the club for a long, long time. You're losing that little bit of identity.

"There's a lot of speculation going around at the moment. But there were contracts on the table and they've decided not to sign them for whatever reason. It's a pity because they've done a lot for the club." 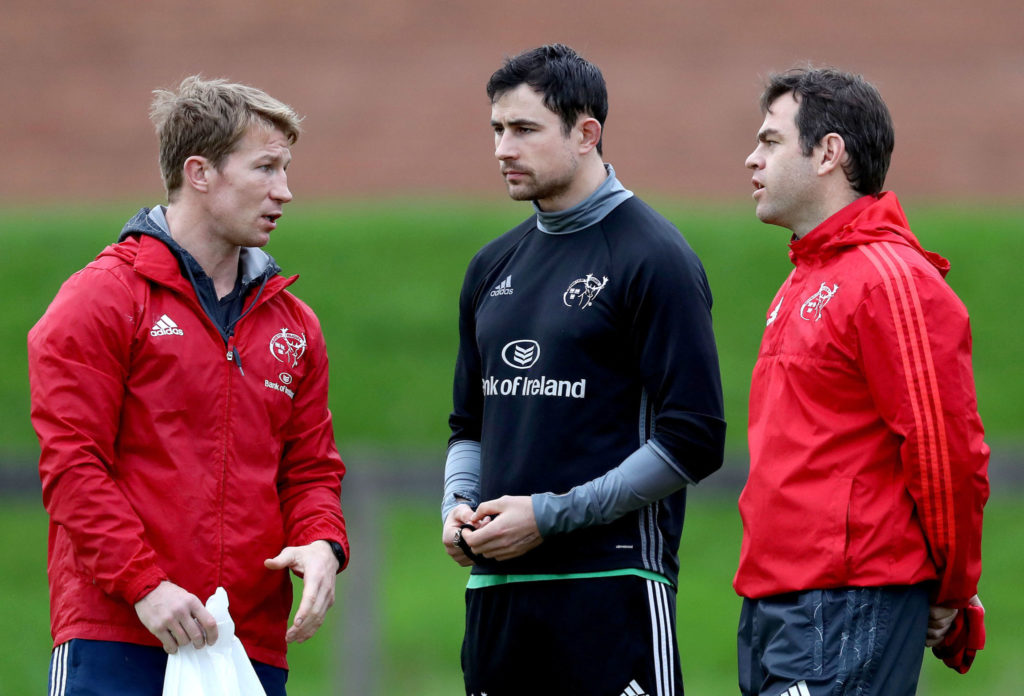 He continued: "They know the club inside out. The two guys are leaving and they're young coaches.

"It'll be interesting to see where that goes and who they sign.

"Do two outsiders come in, or three? Potentially there are three coaches coming in."

Quinlan also pointed out that letting go of two coaches who were intrinsically linked with the club may not actually irreperably damage the club's identity.

In contrast, the former Ireland international claimed that the supporters now are yearning for success rather than nostalgia.

"It's not ideal when you lose two guys who have played with the club for so long. Where are the next coaches going to come from?

"Do you find someone from within the province? Are there candidates there? I don't know.

"Will you have three overseas guys who come in? I don't think  the fans care anymore. They just want someone who helps the team play well.

"Whoever comes in needs to raise the bar a little bit and bring something different.

"Maybe it needs that. The squad is stronger this year and there still seems to be something holding them back a small bit."