Ireland looked to keep their hopes of a Triple Crown and a Six Nations Championship alive as they traveled to Twickenham on Saturday.

Ireland looked to keep their hopes of a Triple Crown and a Six Nations Championship alive as they traveled to Twickenham on Saturday.

With Ireland still in the hunt for a Six Nations title, albeit unlikely with France unbeaten so far, Andy Farrell's men looked to put up a statement against the old foe.

Things got off to a dramatic start, however, as England went down to 14 men in the first minute of the match, as Charlie Ewels was shown a straight red for a high tackle on James Ryan.

After 20 minutes of Irish dominance, though, England steadied the ship and began to slowly come back into the match. Much like they had done against Italy, Ireland seemed to struggle to capitalise on the extra players on the pitch.

However, Marcus Smith was only able to keep England in the game with his boot, as Ireland scored a second try just before half time through Hugo Keenan.

Smith's boot and the cracking Irish scrum put England level with 20 minutes left to play. However, tries to replacements Jack Conan and Finlay Bealham not only secured the win, but also the all-important bonus point.

Ireland keep their hopes of a Triple Crown and a Six Nations Championship alive with a big win over the old foe in Twickenham | 🏟@VodafoneIreland | #TeamOfUs pic.twitter.com/NfWRTl3aKL

Although he could have been considered offside, Healy was vital in the turnover from the Irish maul defence in the first half. However, the most important part of a prop's job is to secure the scrum, and the Irish scrum was stuck in reverse against an English side scrumming with Jack Nowell at flank.

In the build-up to James Lowe's first-half try, Sheehan showed his handling and creative ability, drawing the defender and putting Josh van der Flier into the gap. He was part of the front row that was heavily penalised by the referee at scrum time.

Elis Genge put a huge amount of pressure on the Irish front row, even with a winger packing down on the flank behind him. What this meant was that Furlong was penalised a few times at the set piece.

Unfortunately for those that say that the role of the prop has developed to beyond just the scrum, a strong scrum is still vital for any prop, and Furlong was poor against Genge for the majority of the match.

With the early loss of James Ryan, Beirne picked up a lot of responsibility at the set pieces and showed that he is not just a brilliant outfield player, but also solid in the lineout too. He carried well, was the main reason that Ireland secured their own ball at the ruck and continues to prove himself to be undroppable. 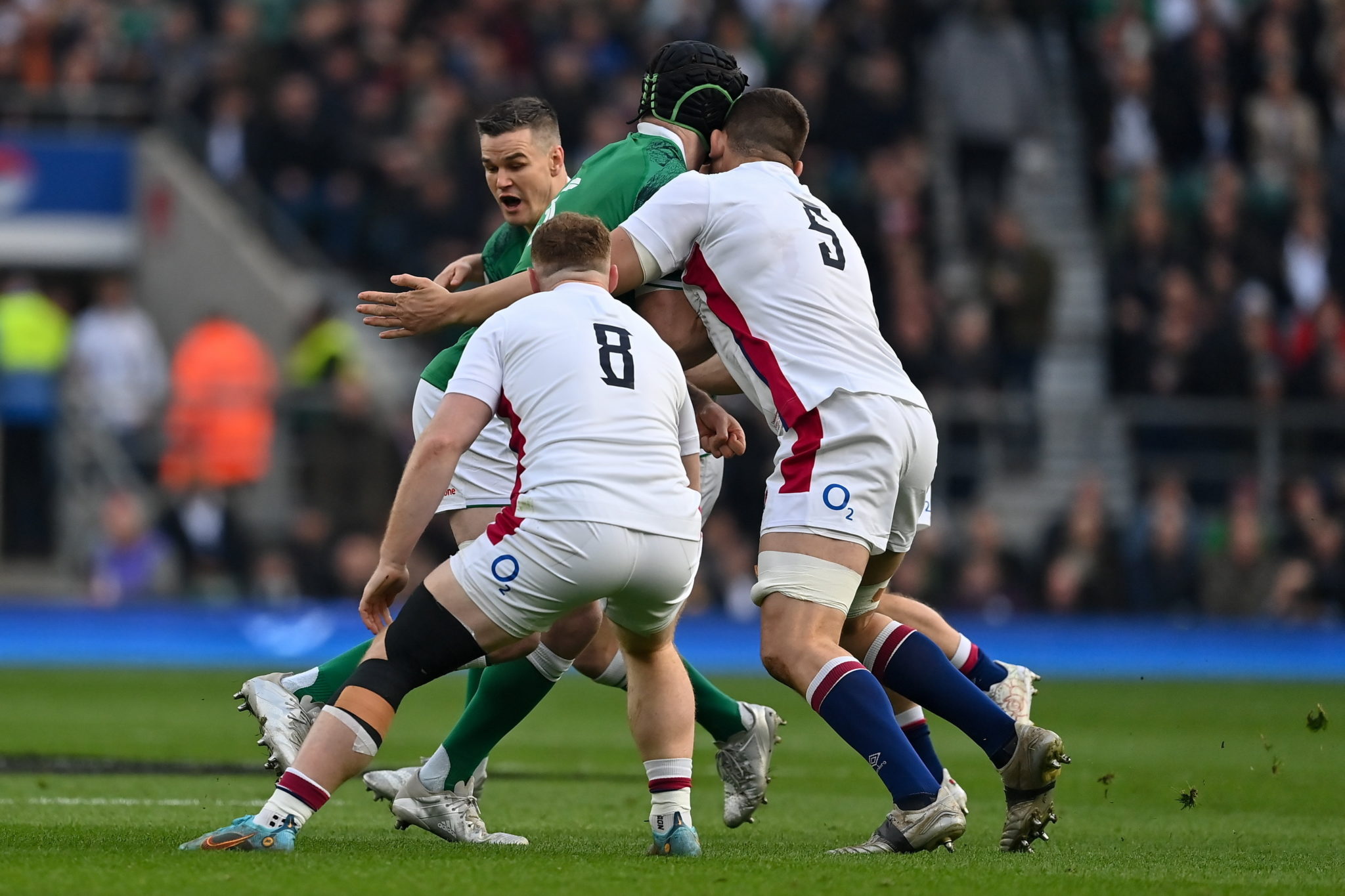 Unfortunately for Ryan and Ireland, he failed his HIA after the high tackle by Ewels in the first minute of the match, and so he did not play enough of the match to warrant a rating.

While some questioned the inclusion of O'Mahony in the starting XV in place of Jack Conan, the Munster captain did his best to silence those questioning him.

While he did not carry nearly as much as he likely would have liked to, his defence was vital to keeping England out of the Irish tryline for the majority of the match.

It is difficult to choose between Beirne and Van der Flier for the best Irish forward on any day, but against England the red-capped Leinsterman was the standout. He was the reason that Lowe scored the opening try and was all over the park for the remainder of the match. Van der Flier carried well, and was a brick wall on defence. 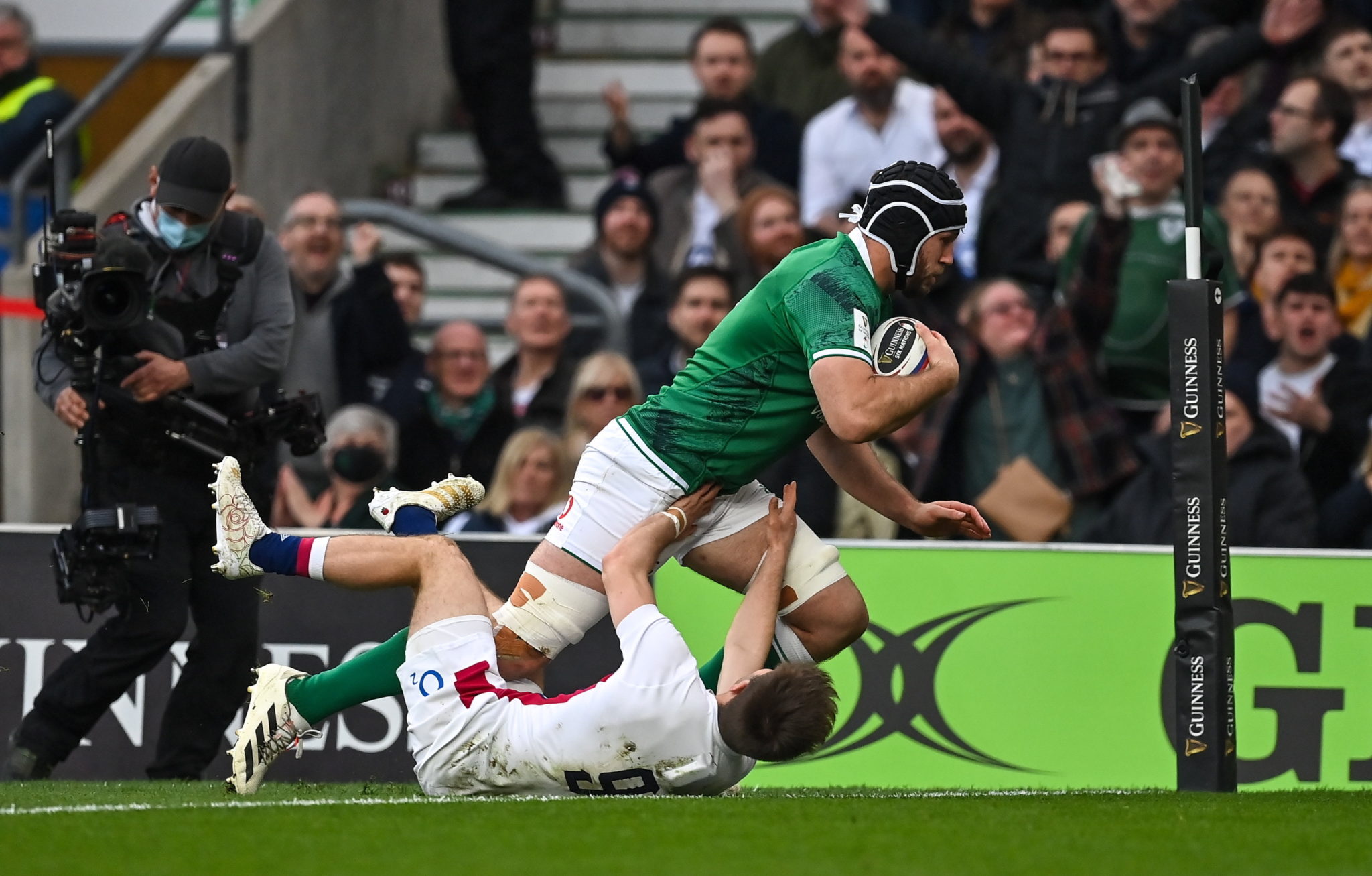 The Irish eighthman was electric on attack and powerful on defence, however he needed to be a little bit more clinical when deciding on when to offload and in his execution of the final pass. He is one of the main reasons that Ireland have enjoyed the fastest ruck speed in the competition, and continued that against England.

His run late in the second half was almost the perfect breakaway, if it weren't for a poor pass that went to ground rather that into the hands of a teammate and under the posts.

Gibson-Park showed the urgency that Ireland were missing for much of the first half against 14 men, as he was the telling force factor in Hugo Keenan's try with his quick tap.

While Ireland's ruck speed was the reason he could get the ball out as quickly as he did, Gibson-Park's delivery was swift and put Ireland on the front foot on attack.

Having just announced that he will be available for Ireland until after the next World Cup, Sexton would have been expected to put up a massive performance against the old foe. However, his overall play seemed muted, as he allowed the players around him to light up Twickenham.

With that said, Sexton looked to be at his usual best, and took a couple of big tackles without causing too much stress or concern about potential injury to the 36-year-old. 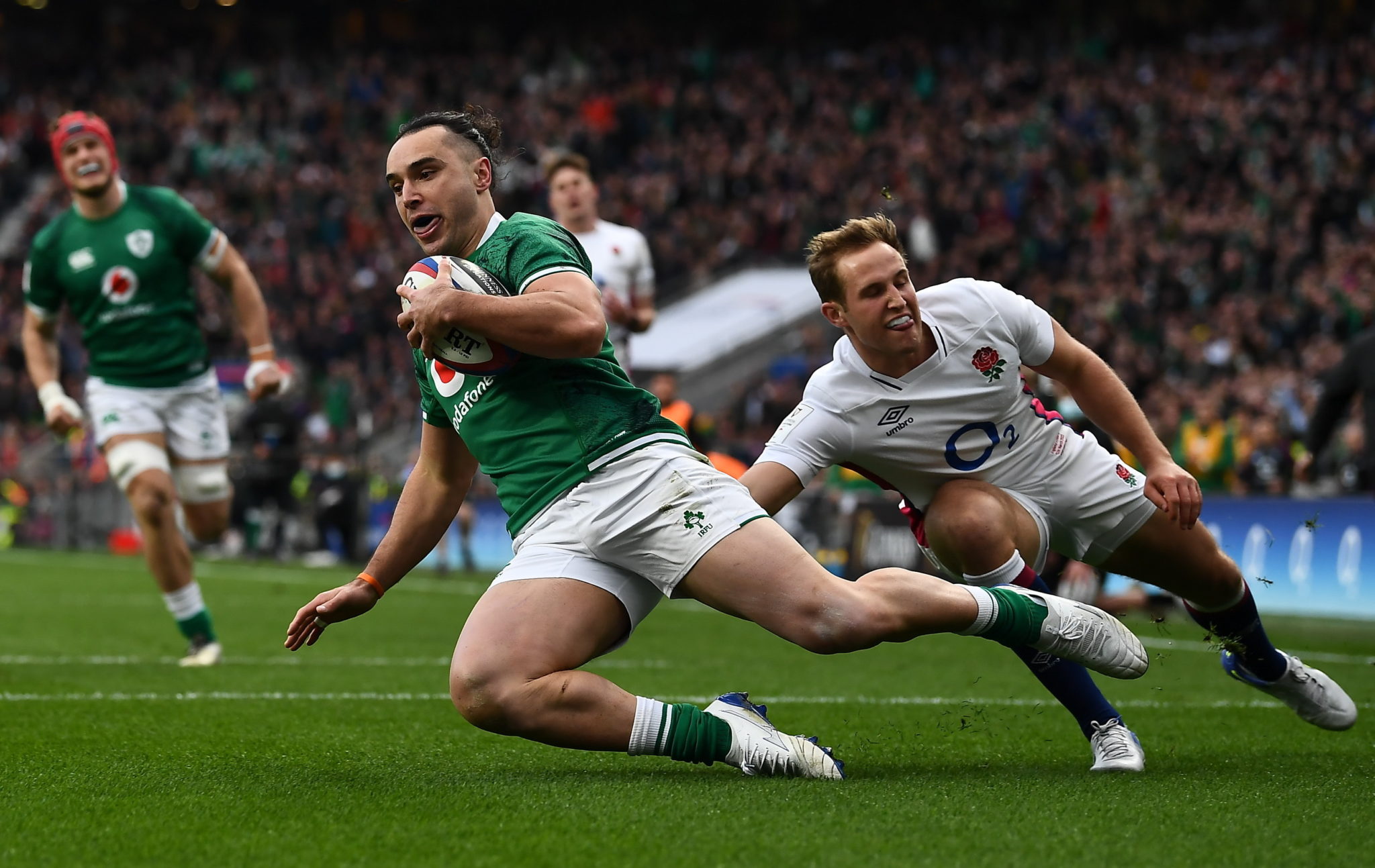 While he was put into a major opening in the opening minutes of the match, Lowe still had a lot to do to score the opening try of the match, and showed why he is one of the most dangerous finishers in European rugby at the moment.

The Irish centre pairing were muted in the face of a 14-man England, as neither Aki nor Garry Ringrose made a huge amount of carries or tackles. While Farrell opted for Aki instead of Robbie Henshaw for his carries and power, the Connacht centre did not add a whole lot to the go-forward of the Irish, however his hands were solid and he managed to put players outside him into space.

Ringrose was more involved in the go-forward play for the Irish than Aki, however it was his link-play that was more impressive as he allowed the likes of Lowe and Conway outside him to break the line and put pressure on the English defence.

While he may not be as exciting or electric this season as Mack Hansen has been, Conway repaid the faith that Farrell had in him in a big way with a solid performance against England.

He defended his channel well, and was secure in the back field next to Keenan. His 50:22 looked like something out of Tadhg Beirne's book. He continued to show his kicking ability with a few more clever kicks deep into the English half and put Ireland into promising scoring positions.

While it took some time for Ireland to capitalise on the extra man, Keenan's try was the epitome of exploiting the extra space. He was unbeatable in the air at the back, however not all of his catches ended up in positive play for Ireland.

The replacement second row was crucial in the maul defence that kept England out in the first half. He made up for the loss of James Ryan in the lineout, taking the responsibility of calling the set piece. He carried well, albeit not as frequently as he may have liked to.