After the 'Miracle in Coventry' last week, Munster returned to a relatively full-strength side for their second European match of the season.

After the 'Miracle in Coventry' last week, Munster returned to a relatively full-strength side for their second European match of the season against Castres.

With 12 debutants against Wasps, Munster took home a convincing 35-14 away victory in round one. Now, with some of their bigger guns back, they hoped to put up another strong Heineken Champions Cup performance.

Castres, however, were looking to bounce back from a narrow 20-18 defeat to the Premiership champions Harlequins last week by upsetting Munster in Thomond Park.

Munster held a narrow three-point lead after a cagey opening first quarter. The hosts looked the most likely to cross the whitewash throughout the first half, even doing so once, although it was ruled a knock-on.

The hosts held onto their heading into half time 9-3 to the good.

Jack O'Donoghue was the difference-maker in the second half, as he scored the hosts' only try of the game to secure the victory.

While Munster did concede a try late on, it was not enough for Castres to earn a victory, as the hosts held on to a 19-13 victory. 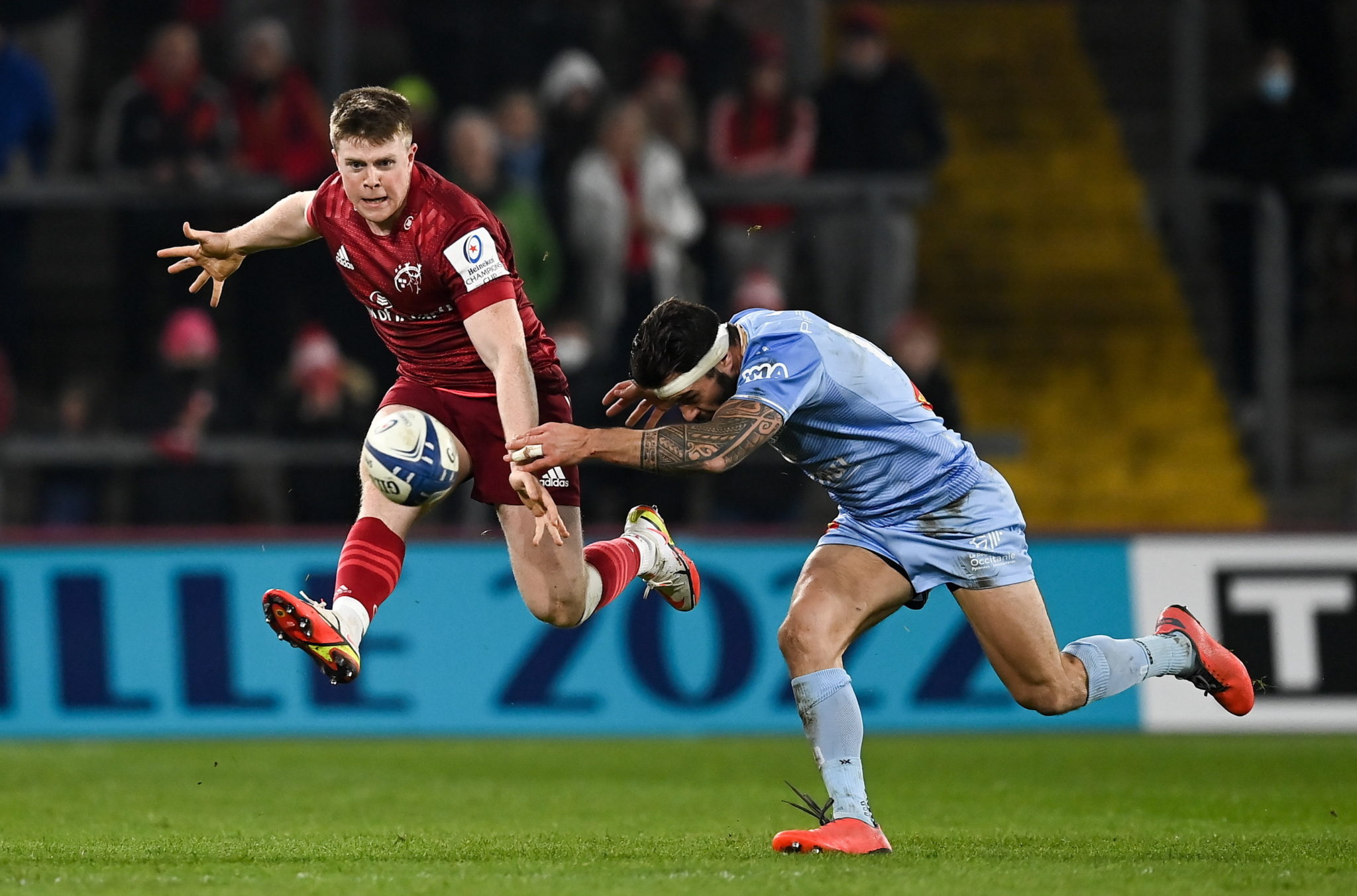 While the scrum was a key aspect of Munster's lead in the first half, the Irish international will have hoped to have made more of himself than just the anchor to the set piece. He was not able to make too much of an impact with ball in hand, making just seven meters in three carries, and only managed to affect two tackles in his 53 minutes on the park.

Niall Scannell had a number of lineout inconsistencies in the first half which added to the frustration for Munster. While the rust on the park is to be expected, his inability to make much of an impact on either side of the ball other than the set piece would concern the international hopeful.

The 33-year-old scrummed well early on and made himself a key part of the Munster maul defence, which stopped a few Castres attacks in their tracks. However, Ryan was not as impactful in the carrying or tackling aspects of the game, much like the rest of the Munster front row. 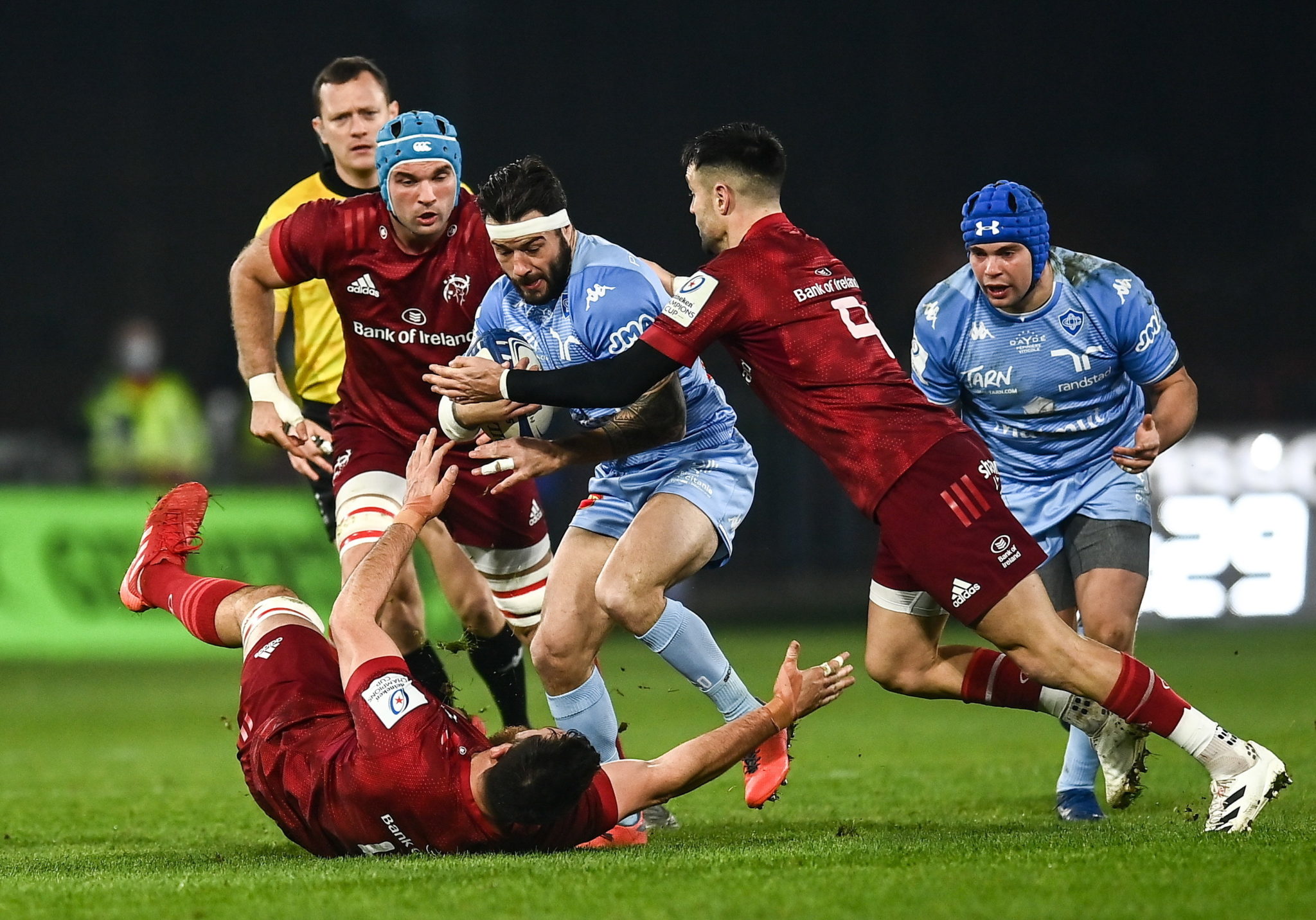 Munster disrupted the Castres lineout, and Kleyn was the core of that defensive effort. He stole a number of lineouts and frustrated the away side on every other throw-in for which he was on the field. While he was not overly involved in the offensive carries throughout the match, Kleyn's commitment at ruck time helped Munster secure their favourable ruck success rate and possession stats.

Beirne was the ever-present jackaller throughout the match, sometimes miss-timing his entries and giving away the penalty, but always making his mark with and without the ball. He was superb in the lineout, and made himself known in every other aspect of the game as well. He is one of the most hard-working forwards to be found on any pitch.

The veteran called the lineout well throughout the match, and together with his lock pairing, made himself a real nuisance in defensive lineouts. While he was not the carrying machine that he often is, his work rate never dropped below his usual. He added his physicality to the overall niggle in the match, and was vital to the win for the hosts.

John Hodnett wanted to be involved in every play for his 72 minutes, and often made the right decision to either take contact or spread the ball outside him. He made a decent number of tackles on top of his attacking work rate, and was overall in top form for Munster. 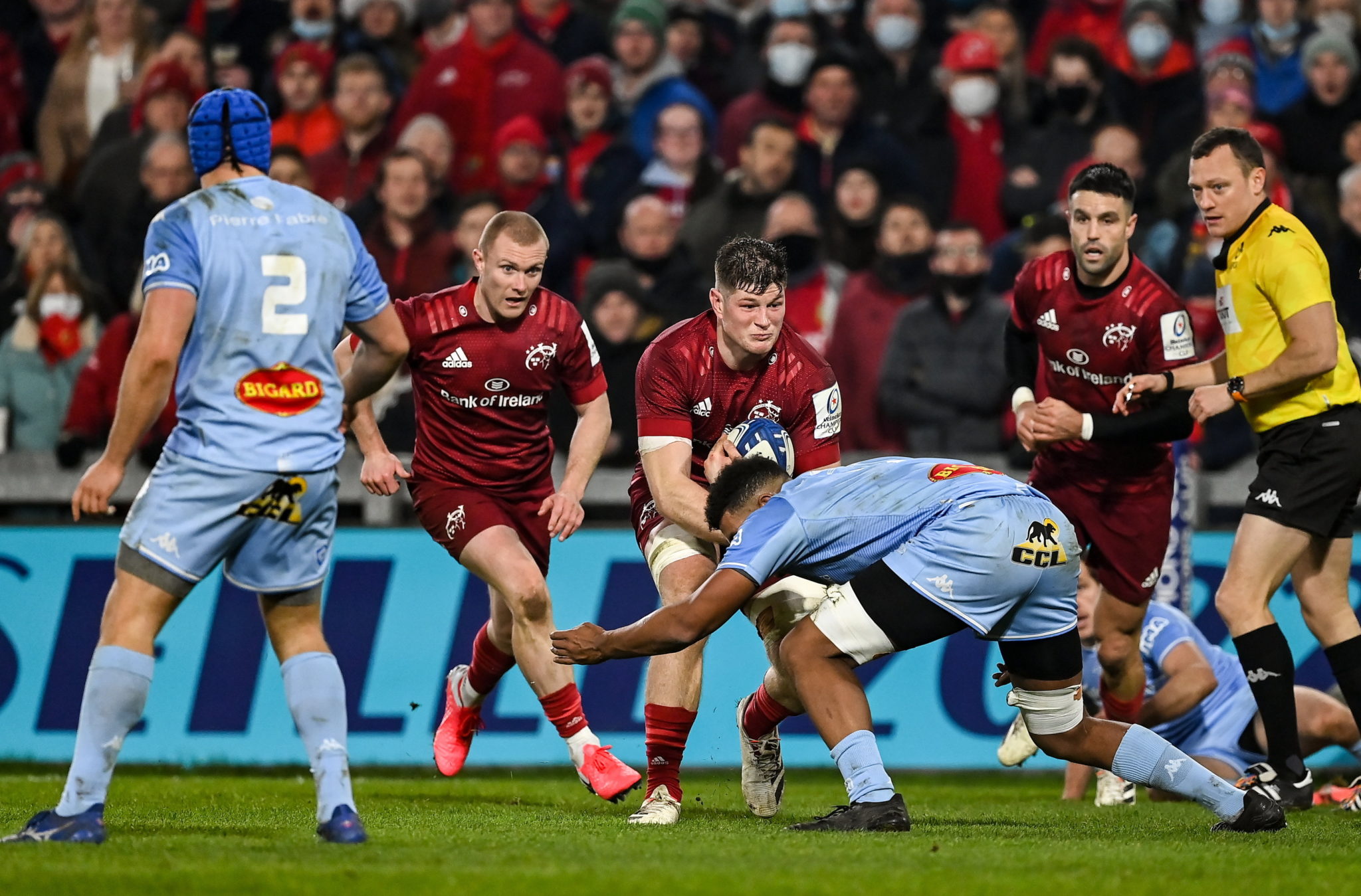 Over and above scoring the only try of the match for the hosts, Jack O'Donoghue was superb for Munster. He carried well, and was one of the top tacklers on the pitch as well. While his impact was not felt as much as his teammates' at ruck time, his work rate throughout the match was second to none.

Murray worked hard to force the blind side early on, even when nothing was on. Some of his box kicks were either miss-timed or otherwise poorly executed, making it difficult for his wingers to capitalise. However, in a difficult match for either side to really dominate, the veteran scrum half still put up a decent middle-of-the-road performance.

In his first European start, Healy saw his opportunity and grabbed it with both hands. While it was not the perfect performance for any of the Munster players, Healy made a fine example of himself, slotting in perfectly for the injured Joey Carbery, and keeping the hosts ahead on the scoreboard. 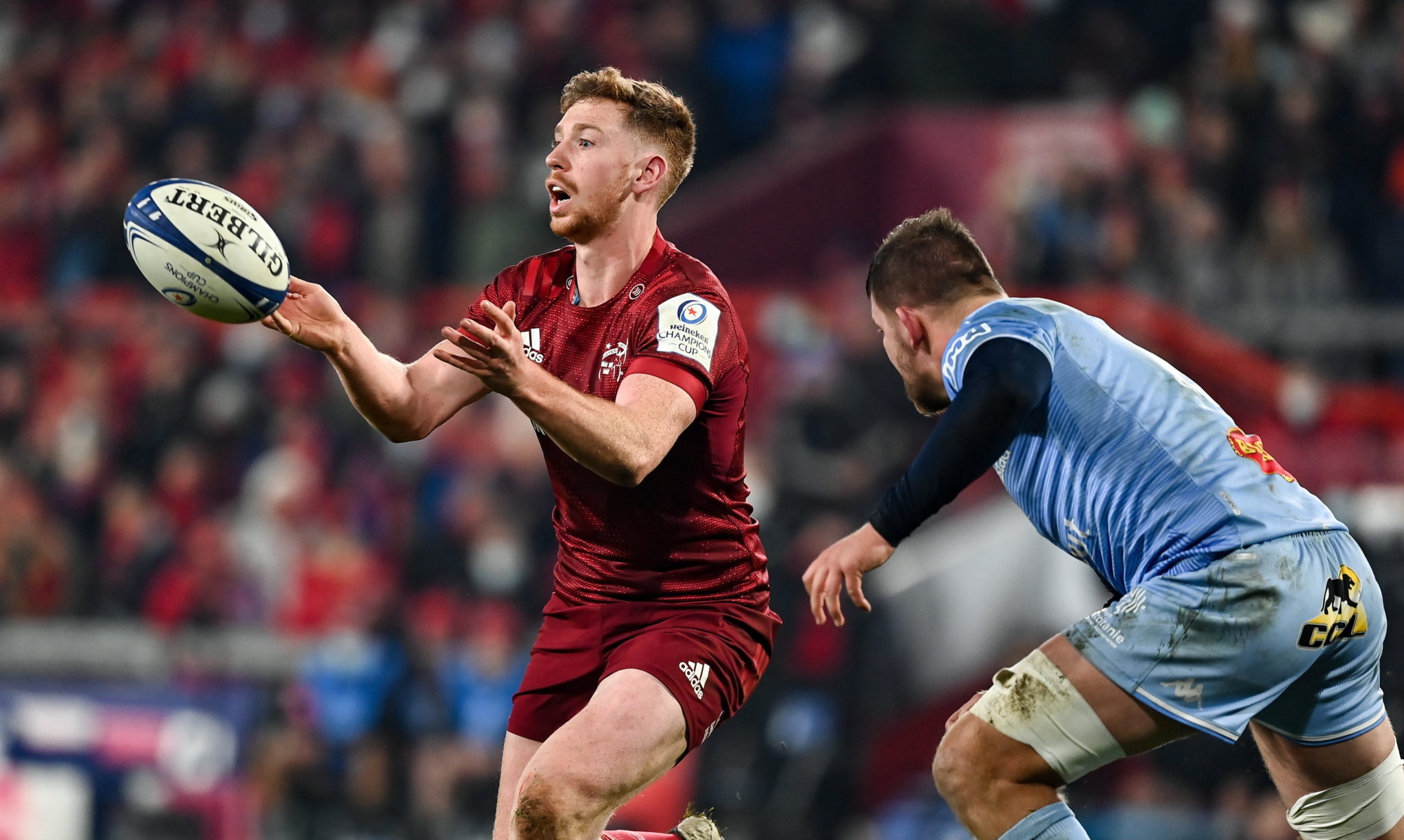 The veteran Earls had a mixed match for Munster, with moments of madness interspersed with moments of brilliance. He looked dangerous with ball in hand on a few occasions, but almost gifted Castres with an intercept try early in the second half as well.

In a match where the backline looked all sizzle and no steak, Earls would have wanted to add more on the scoreboard or at least in the assists column than he did.

De Allende looked powerful with his carries and was clearly the standout performer for Munster in the first half. However his tendency to go down with the ball rather than look for the offload would have annoyed his teammates, particularly midway through the first half when a try was on if he had pushed the offload out to Earls.

However, the World Cup winner proved why he is one half of the best centre pairing in international rugby with a strong performance all round for Munster. He was almost impossible to bring down on the first hit, and even managed to show off his better than average skills with the boot as well. 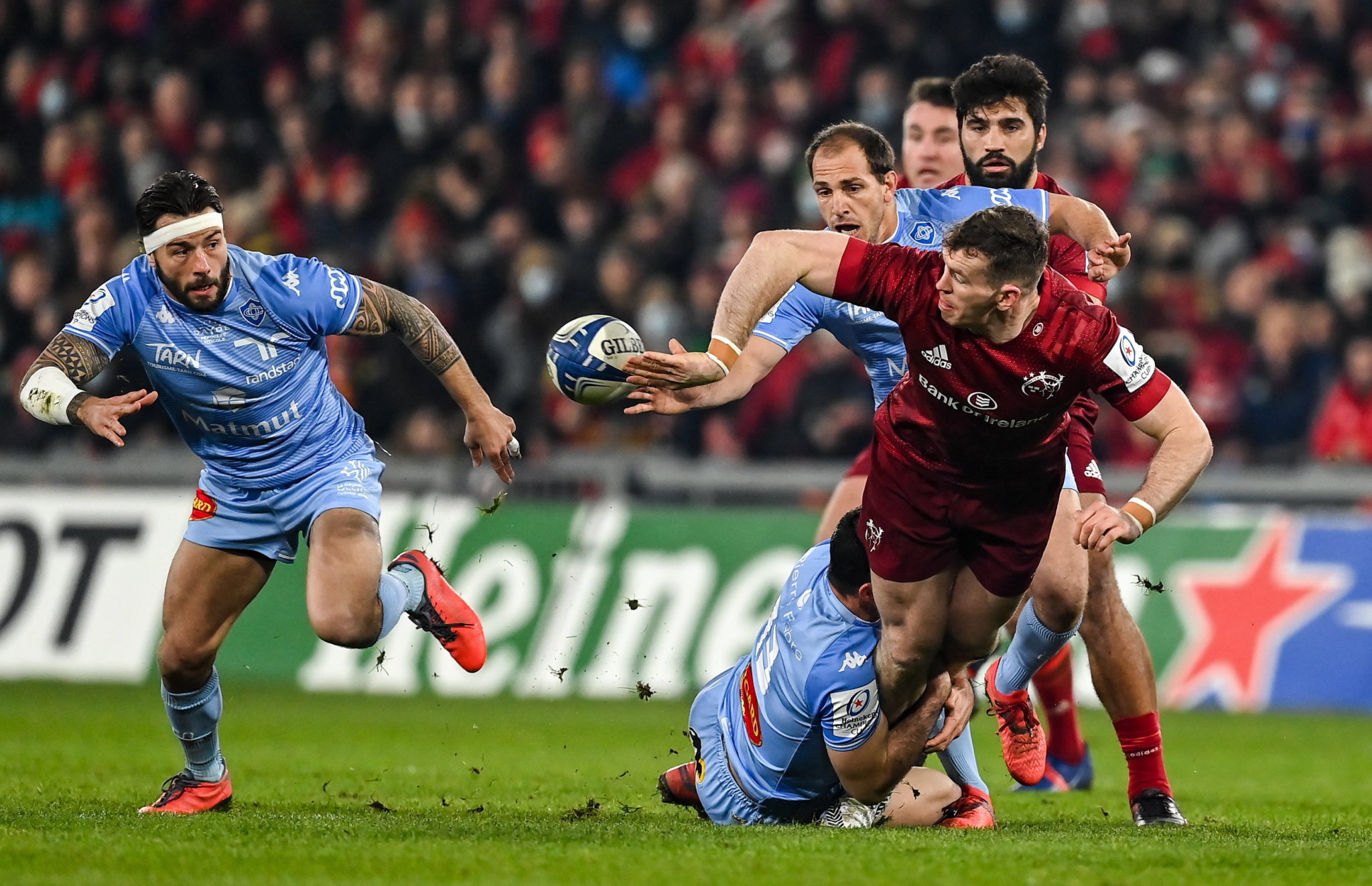 Could Farrell be the best defensive centre in Irish rugby? After tonight's performance the argument could certainly be made. While Farrell still has work to do on attack, his channel was near-unbreakable on defence and his partnership with De Allende only made him look even better in the middle of the park.

While it was not the most exciting game for the players out wide, Conway still managed to rack up a good number of meters with ball in hand. He was not threatened too much on the wing defensively, but made the tackles that he was asked to make and covered the back field well to aid the youngster at the back.

Patrick Campbell was rewarded for his dream debut last week against Wasps with another European start, and he did his best to prove that Johann van Graan's faith was warranted. While he was not able to open up the field as well as he did in Coventry, he did not look out of place at the back in red, and was helped out well by the more experienced heads around him.