Leinster looked to maintain their unbeaten start to the Untied Rugby Championship season as they ...

Leinster looked to maintain their unbeaten start to the Untied Rugby Championship season as they hosted Scarlets in Dublin.

After a somewhat shaky opening few minutes, the Irish giants soon found their rhythm to dominate the game both up front and out wide.

While Scarlets did look dangerous when they opened the game up in broken play, Leinster never really looked troubled as they cruised to another win in the URC. 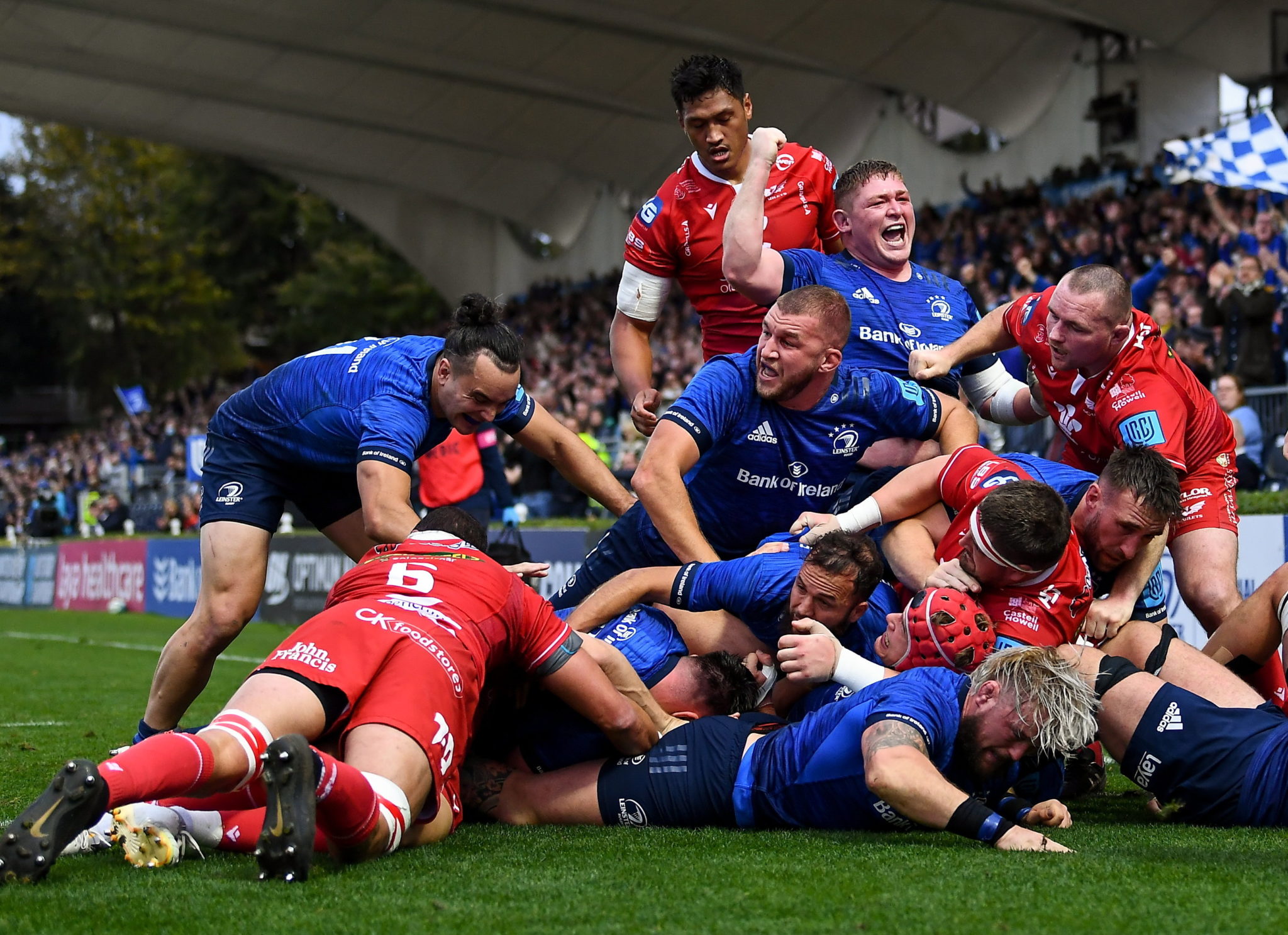 The Leinster forward pack was completely dominant after the first 10 minutes, and Porter's performance was key to it. He made strong carries over the gainline, and was rewarded with a try off the back of good support running and a powerful pick and go.

Like Porter, Kelleher was dominant against a struggling Scarlets side, capitalising on the work done by the remainder of the pack to cross over the line from a maul. While Leinster were not asked to make too many tackles, Kelleher's defensive efforts helped shut down any attack that Scarlets managed to build. 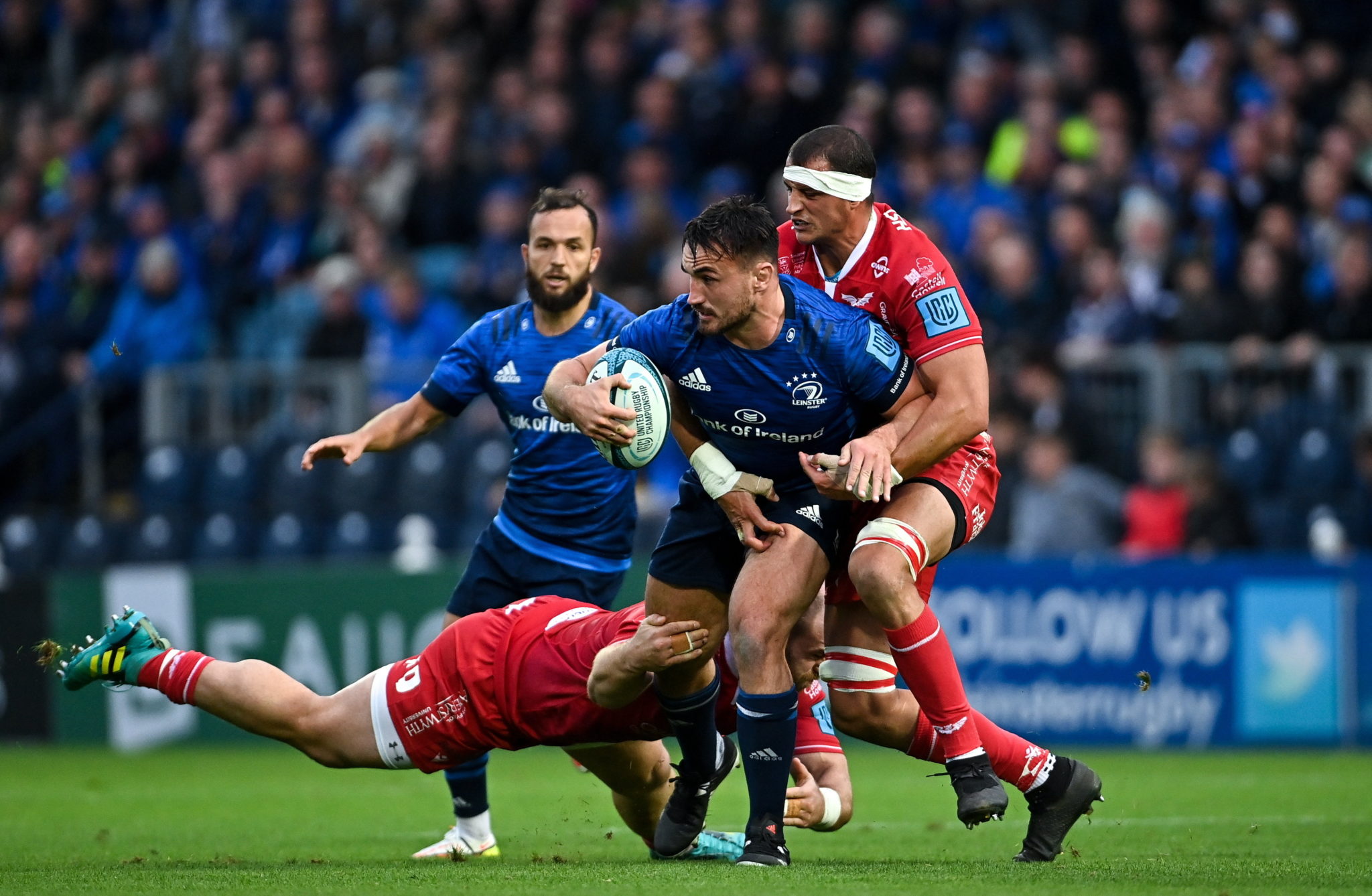 Tadhg Furlong is arguably the best tighthead prop in world rugby, and he is showing no signs of giving up that monicker. While he fell just short of scoring a try of his own, his physical carries and solidity on defence added up to a good performance from the British & Irish Lion.

He was pinged a few times by the referee at scrum time, however he quickly found his rhythm to steady the set piece.

The 27-year-old had an understated performance when compared to the rest of his forward pack, as he made the least meters on attack, but was responsible for some of the biggest defensive hits throughout. He was the main target for a well-functioning lineout, and was overall very solid.

James Ryan is finally finding the form that he was in at his prime in 2019, with some powerful, hard carries, and a great lineout. While Molony took the brunt of the responsibility in the air at the set piece, Ryan's maturity and leadership not just at the lineout but throughout all areas of the pitch shone through.

Caelan Doris was all over the place against Scarlets, making a huge impact at the breakdown while also racking up running metres that would flatter a fullback. While he did give away a few turnovers, those were mainly as a result of a lack of support from teammates at the end of his long runs. Getting a try for his troubles was simply the icing on the cake.

A slightly understated performance by Josh van der Flier was complete with him doing the unseen work at the breakdown and making the hard carries up front, rather than the galloping runs down field. It was by no means a poor performance from the man in the red scrum cap, far from it, but in a pack that dominated, he was much more understated. 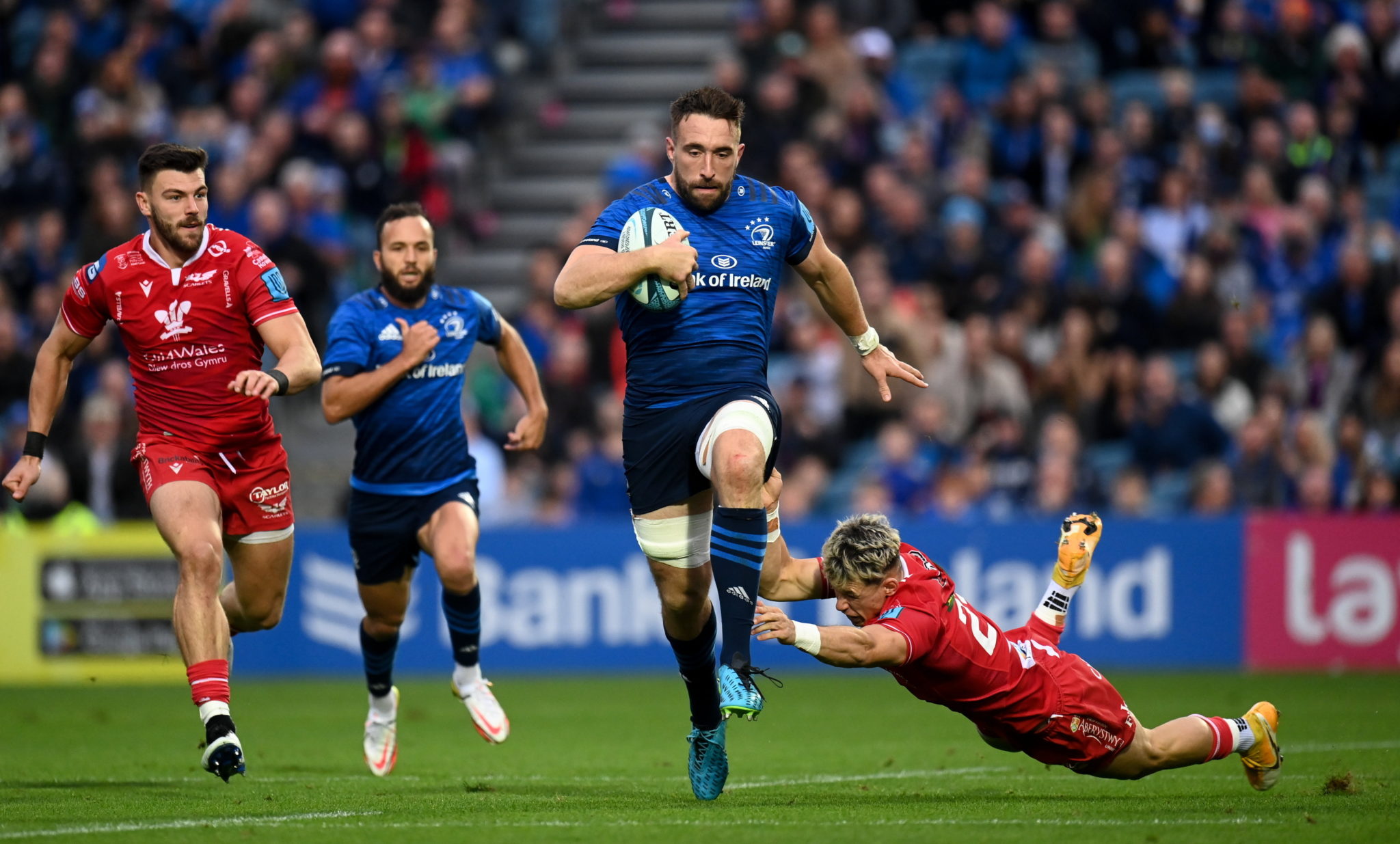 The year of Jack Conan continues as the British and Irish Lion carried his tourist form into a strong performance for his province. As was the case with many of his forward compatriots, Conan's running meters would make a winger blush, and his breakdown work was superb as well.

It was difficult to play badly while wearing blue today, and Jamison Gibson-Park was no exception. His speed to the breakdown throughout the match was exceptional, spreading the ball out wide with accuracy and speed. Defensively solid as well, Gibson-Park was as good as the next man for Leinster.

The class of Johnny Sexton is unquestioned, as is his place as Ireland's first choice flyhalf. However, what has been quite striking over the last two weeks has been how good Sexton has been in blue in the URC, and just how big the gap is between him and the rest. Sexton kicked accurately from hand, controlled the backline well and did not shirk his defensive duties either, with a 100% success rate for his seven tackles.

James Lowe was his typical self lining up against sub-par opposition, looking dangerous on attack, but looked slightly frail on defence. Scarlets were able to get out to an early lead off of the back of a poor defensive read from Lowe, while the 29-year-old also missed half of the tackles that he was asked to make. Fortunately for him, his threat on attack and the dominance of Leinster meant that his main weakness was not as costly as it could have been. 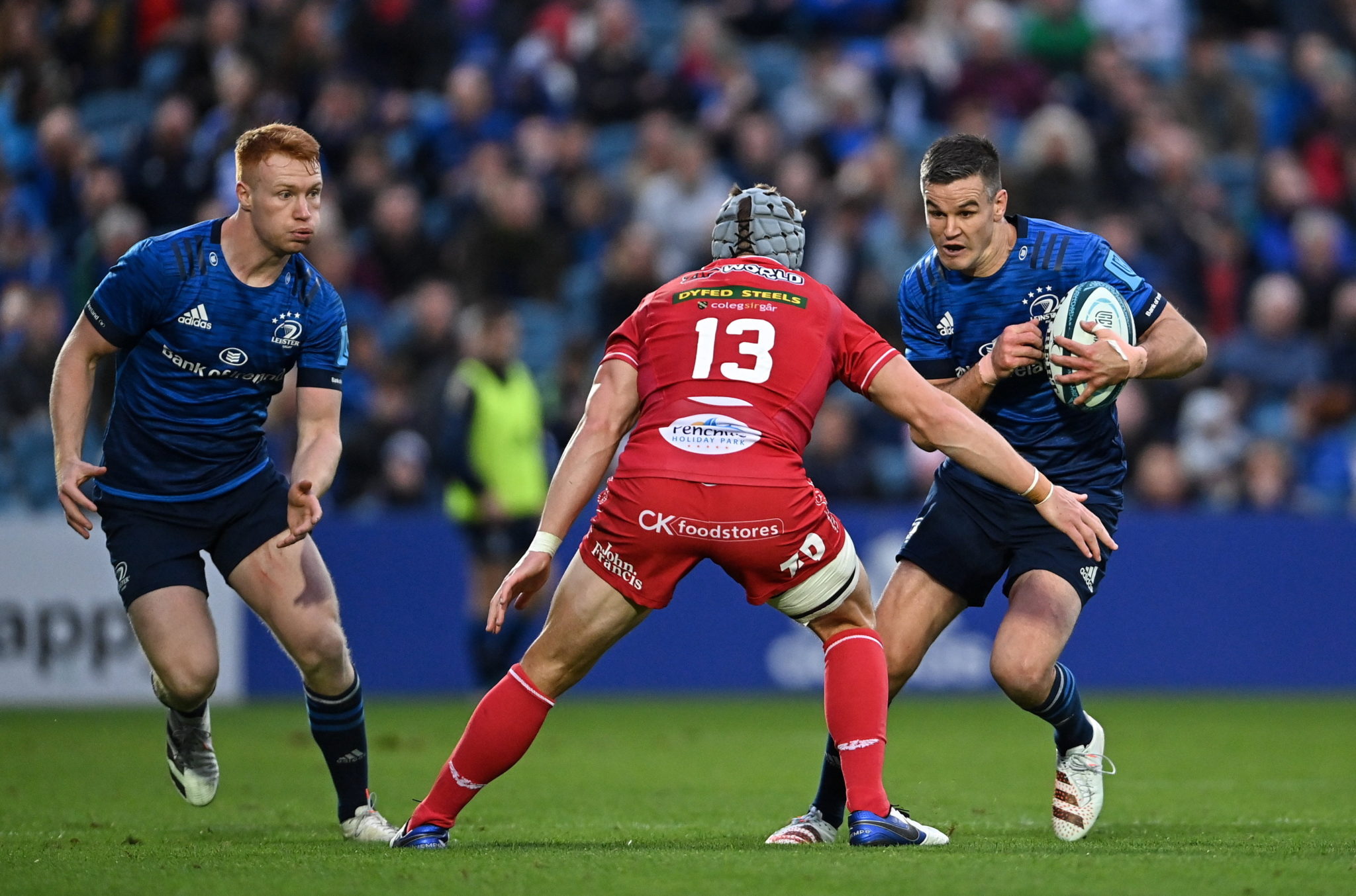 A deserved official player of the match, Ciaran Frawley was a major attacking threat in the middle of the field. Linking play out wide with clever, accurate passing, and intelligent dummy runs, Frawley kept the Scarlets defenders guessing, and allowed his forwards to make massive breaks up the middle. His playmaking ability served his side well, and he kept his line on defence well.

While the forwards ran riot, Garry Ringrose continued his return to full fitness by racking up a full 80 minutes and 52 meters throughout. He let nothing through his channel on defence, however his teammates out wide would have hoped for more from him in terms of distribution. Either way, Andy Farrell will be glad to see a flying Ringrose back in full flight.

While neither of the Leinster wingers were allowed to get too much glory against the Scarlets' backline, Larmour's threat on attack was evident throughout. He was not asked to make too many defensive contributions, but those he was asked to make, he did.

With Rob Kearney watching on from the Premier Sports studio, his successor for Leinster and Ireland once again embodied the man that came before with a very consistent performance. He was the only backline player to make more meters than Jack Conan, and looked dangerous with ball in hand.