Leinster looked to get their European campaign off to a good start against Bath on Saturday afternoon in the Aviva.

Leinster looked to get their European campaign off to a good start against Bath on Saturday afternoon in the Aviva.

Bath have struggled to buy a win in the Premiership this season. They have struggled for form and looked to be the clear underdogs agains the four-time champions.

Leinster, on the other hand, came into the match off the back of a loss to Ulster in the first week back from the international break, before bouncing back and beating Connacht in the RDS last week.

The hosts got off to a good start, scoring a seemingly easy try after conceding a penalty early. They mixed pace and power well to score a second shortly after, and looked the better of the two sides for the majority of the first half.

They opened the floodgates early on, not being asked to do a whole lot on defence throughout, and racking up almost a point a minute by half time.

Leinster looked to hold off in the second half, though. They scored just the two tries to secure the bonus point 45-20 victory, however could rue not racking up a bigger score as Bath look to be the whipping boys in Leinster's group this year. 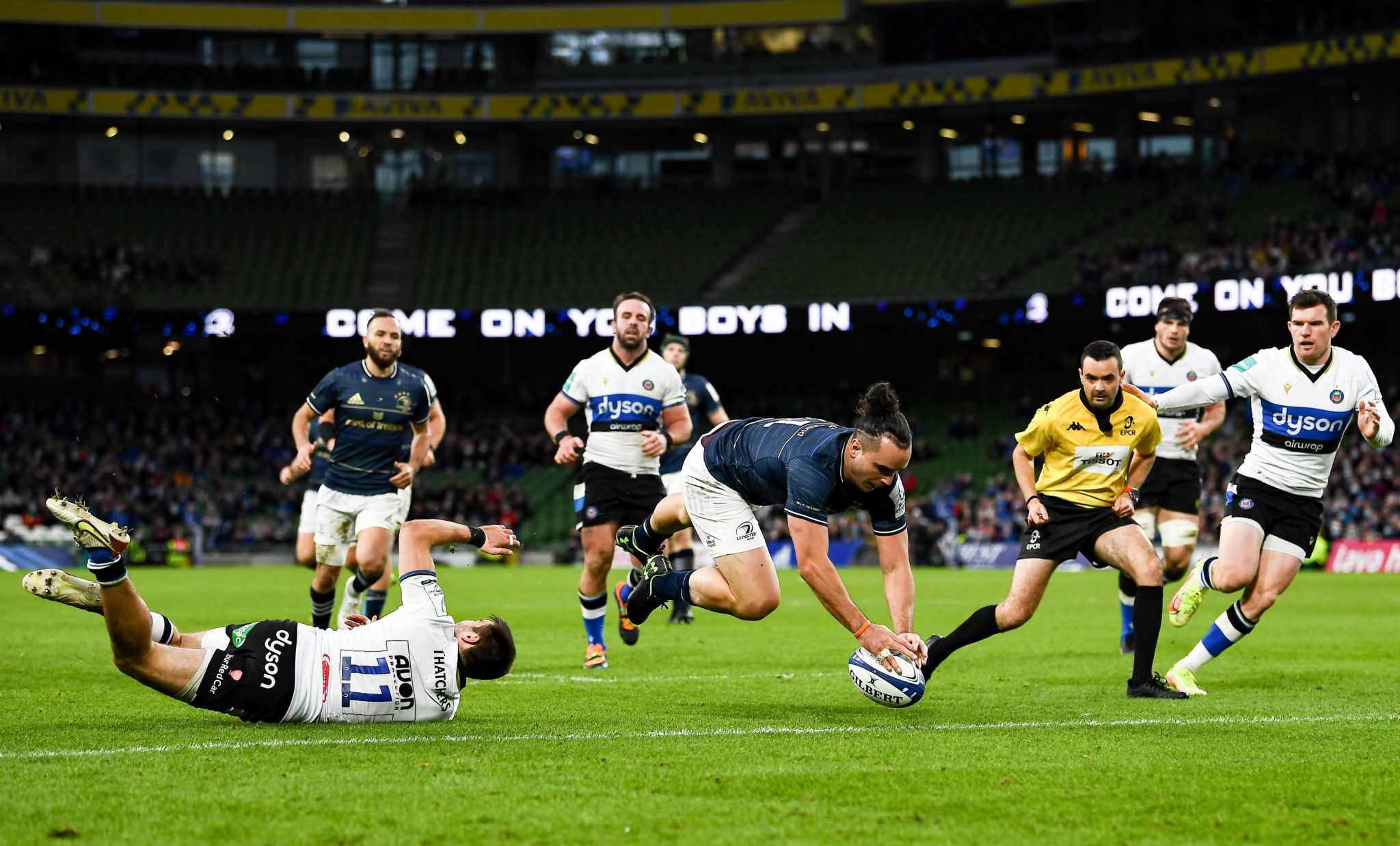 Porter made an impact early on at the break down and carried with impetus throughout the match. He was the only one of the starting front row not to get on the scoresheet, however he could have easily been one of the try scorers with the amount of work he put in.

While there were a few lineout errors early on, they were quickly ironed out as Ronan Kelleher and his pack took control of the match. In just six carries, the 23-year-old hooker amassed 55 metres and was still able to almost break double figures on the tackle count even when Leinster dominated possession.

His try was simply a bonus to the near-complete performance for the hooker.

He is one of the best if not the best front rower in world rugby, and his performance against a struggling Bath side just reinforced that. He showed, once again, that he is missing a digit on the back of his jersey, as he ran like a centre with ball in hand.

Scoring a try was just the icing on top of his cake that included a player of the match performance. 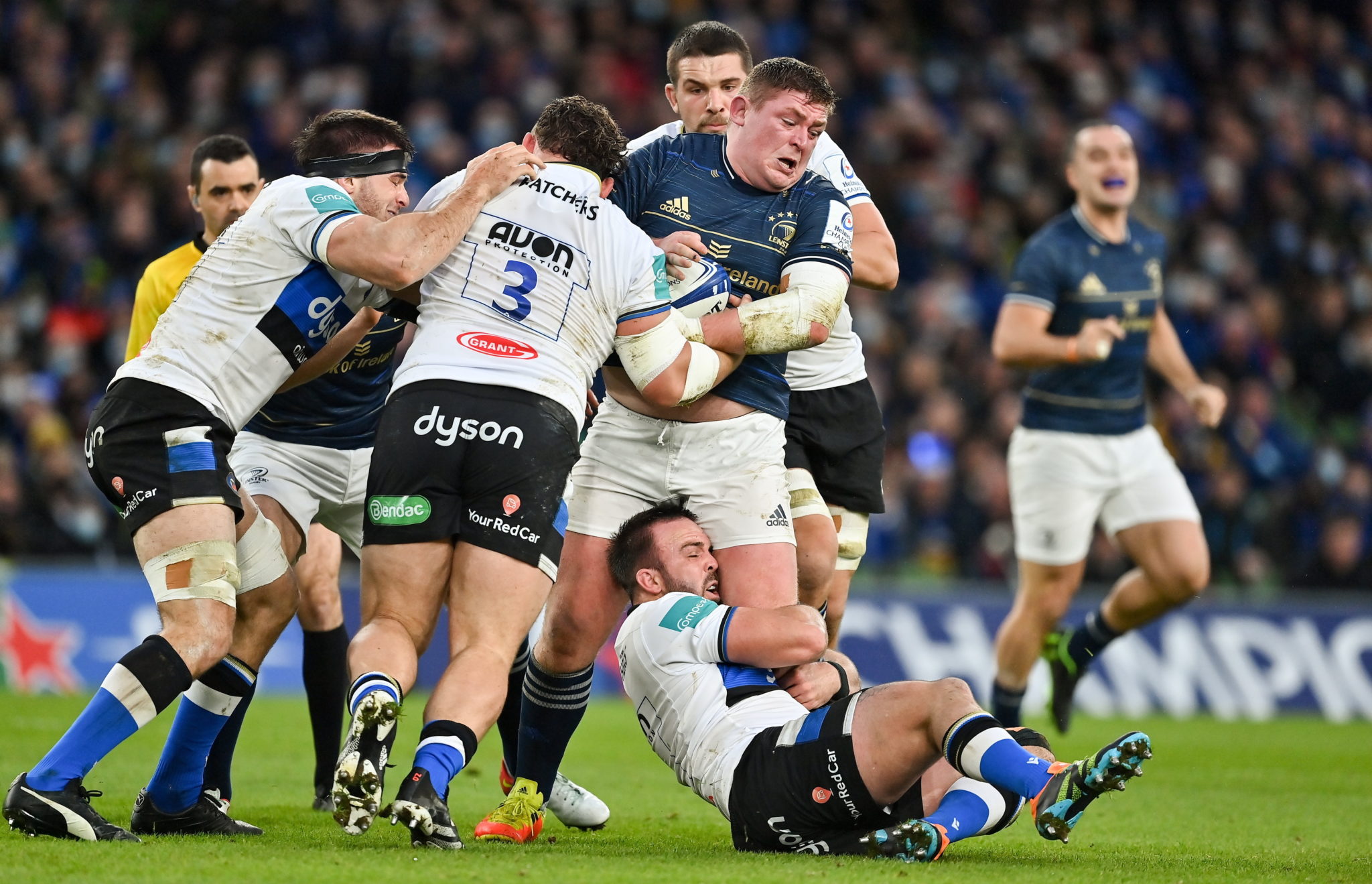 There were some lineout struggles in scoring opportunities early on, but they quickly rectified and Molony took the game by the scruff of the neck alongside Ryan Baird. On a day where his teammates either made a huge impact on the ball or the scoresheet, Molony quietly went about his business in the dark areas of the park: the breakdown.

He was a big part of Leinster's dominance in possession, and secured the quick ball for the backline to shine.

Like His locking counterpart, Baird was the quiet but impactful donkey forward, making his presence known off the ball more than he did with ball in hand. However, he was able to make some metres, even making a half-break that ultimately ended in a knock-on.

Rhys Ruddock made the Bath defence look soft on numerous occasions, winning collisions and the majority of the breakdowns as well. While he left the bulk of the defensive duties to his tight forwards, the dominance that Leinster enjoyed at the breakdown was due in major part to the workrate of their loose trio.

Josh van der Flier was absolutely everywhere against Bath, including being a central aspect of the build-up to Kelleher's try. He was the ever-present support for his teammates, and was bale to rack up a decent number of metres for a loose forward himself.

A lineout option, ball-carrier, breakdown aficionado and strong tackler, is there anything that Doris did not have a hand in against Bath? He was not one to be covered in glory, however that was always going to be the backline against this Bath side anyway. 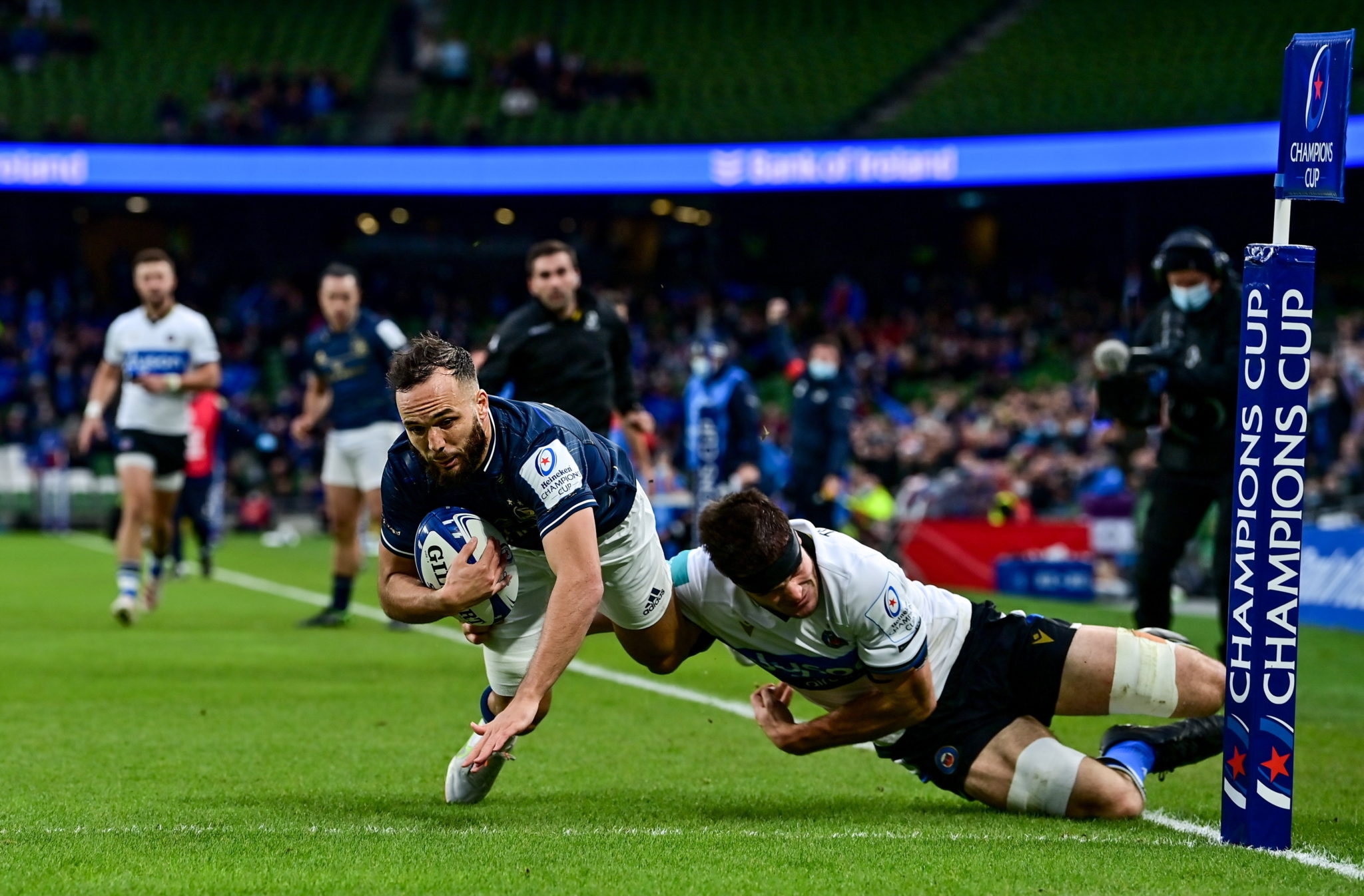 Jamison Gibson-Park has had a good 2021, and his form on the first day in Europe was just the continuation of that. Taking the cue from World Player of the Year Antoine Dupont, Gibson-Park was everywhere in support, and scored two tries off the back of that.

Add to that his speed and accuracy of pass, his decision-making, and his positioning in defence as well, and it was an all-round strong performance by the Irish number nine.

The conversation of the Ireland flyhalf has switched to his younger brother, however Ross Byrne made some noise in Leinster's dismantling of a porous Bath. He worked well alongside the impressive Ciaran Frawley, to control the backline, which opened up his outside players to score some great tries.

Lowe linked up well with Gibson-Park after reading the gap to set him up for his try and scored an opportunistic try off the back of a great, albeit questionable, offload from Hugo Keenan as well. He has taken his fair share of criticism in his Irish career, however this season he has been exceptional, and today was no different. 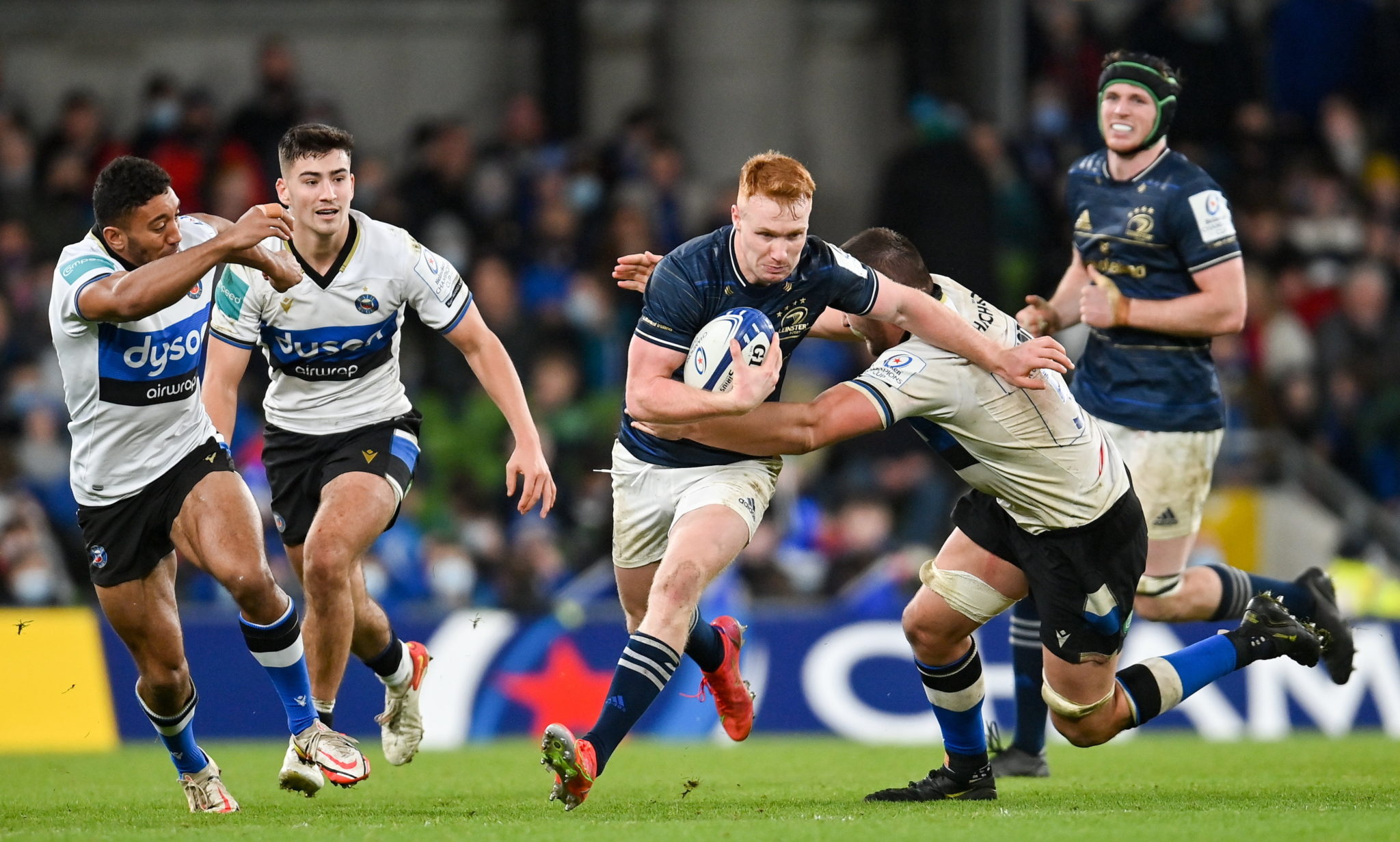 The Leinster backline created problems for the Bath defence from the opening whistle, with Frawley acting as the second playmaker and creating multiple options at every breakdown and set piece. He carried well, slipped through half gaps, opened up the defence and put players into gaps; exactly what the best inside centres are supposed to do.

Ringrose looked like he was back to his best, throwing silky passes to open space out wide and making himself look like a threat on the dummy runs, no more evident than for Keenan's try in the first half.

While it was Larmour that slipped the final tackle for Jacques du Toit's try, the defensive laps happened at the lineout, meaning that Larmour can not be too harshly criticised for it. However, while the rest of the backline lit up the Dublin evening, Larmour took a while to warm up on attack, acting mainly as the dummy runner throughout the first half.

Keenan let slip a silky offload to put Lowe away for the try in the first half. He scored a brilliant try of his own midway through the first half as he ran in untouched off the back of a brilliantly executed set move. What more can you say about the most consistent player in a blue or green jersey this season?