Here are the player ratings after a disappointing day for Connacht in the French capital.

For the second week in a row, Connacht came unstuck by dint of a late comeback, as they lost 37-31 to Stade Français in Paris on Sunday.

Having built an 11-point lead at the Stade Jean Bouin, two tries from Adrian Lapegue as Les Stadistes found a way to pick up a vital win.

The Parisians were reduced to 14 after Tolu Latu picked up two yellow cards, but the hosts were relentless in attack all day.

Meanwhile, it was a familiar story for the Westerners - they were also pipped at the death last week against Leicester Tigers at the Sportsground. 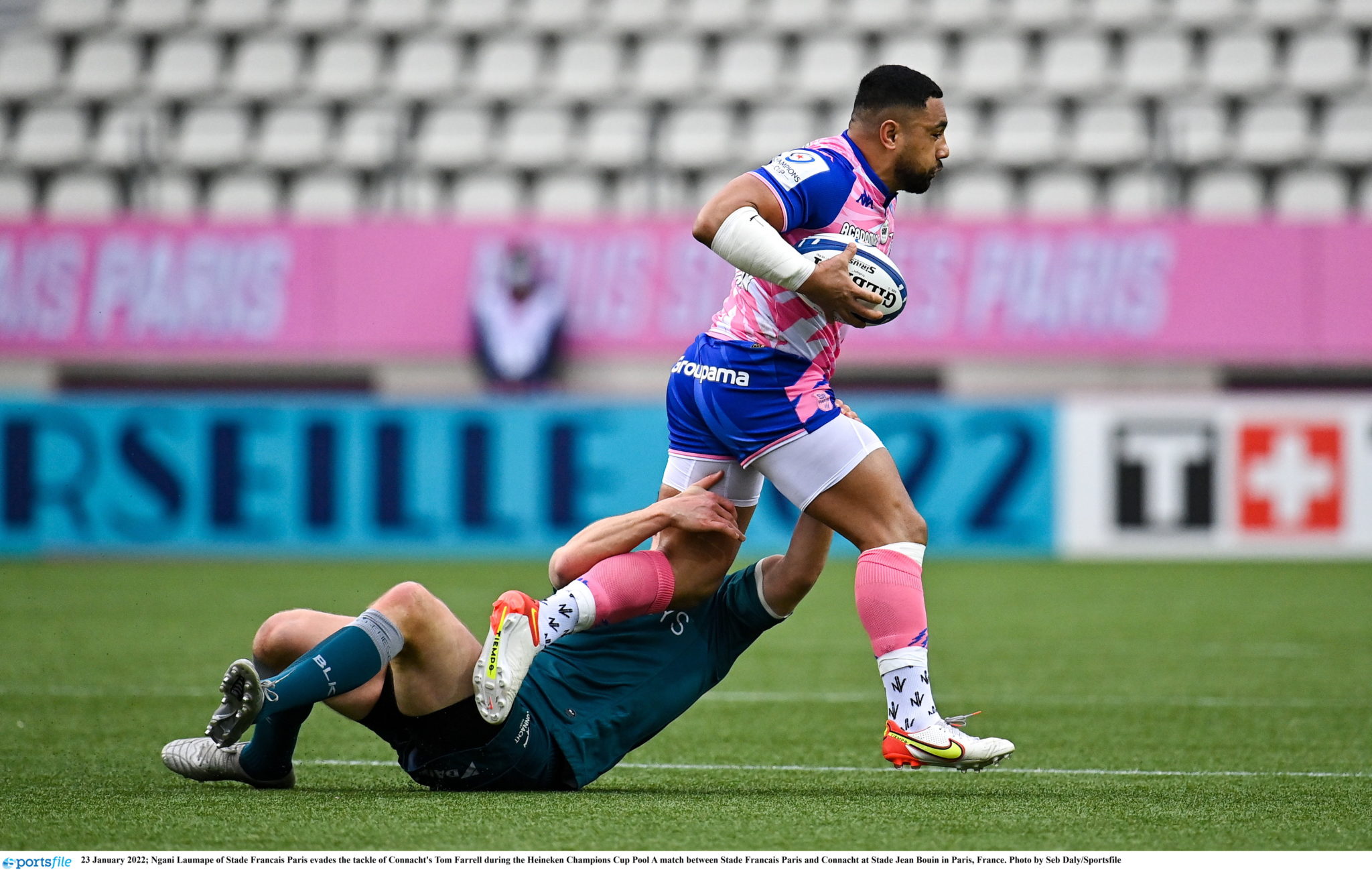 Here are the player ratings after a disappointing day for Connacht in the French capital:

That was a wonderful run to allow Blade in for what seemed to be the second try. Did his part in attack for his team. But the frantic pace with which Stade carry out their attacks meant it was a difficult day in defence.

Fielded the short kick from Arnold and did very well to reach for the line to open the scoring for the visitors. Provided good coverage as Les Stadistes dinked balls behind the fast Connacht line. Two tries by Lapegue on his wing not a good look though.

The big outside centre had an impressive day in defence, with Les Stadistes opting to go wide in attack all day. Smashed a Stade player early in the second half as they tried to run it from their own line. Bundee Aki who?

Inspired decision to kick-pass to Wootton for the opening score. Was guilty of a few of those breakdown penalties which kept Stade in the game.

The Connacht Kolbe not as much of an attacking threat, but that’s not for lack of trying. Always ready with the offload, but they just didn’t go to hand today.

It’s getting to a point where you could copy and paste an account of Carty’s amazing performances, such is his consistency of late. Clinical and effective both in attack and defence, he also brought his kicking boots to France and knocked over every place kick.

It’s a real battle for the Connacht #9 shirt between him and Kieran Marmion right now, and Blade showed everyone just what he can do today. Kept the Stade defenders guessing by mixing up passes with some quick snipes around the corner. Defensively solid as well against an expansive Parisian attack. Unlucky to have his earlier try chalked off, but was rewarded with a crucial score just before the break.

Connacht are deep into their prop reserves, and Duggan struggled against a heavy Stade pack.

Built on a great performance last weekend against Leicester with an excellent game in Paris. His lineout throwing has been brilliant as of late, and he shows some real enterprise with his passing and handling. Very unfortunate that there is such strong competition for the hooker spots in the Ireland squad.

It was always going to be difficult ask for McGrath to pack down against Castets today. In only his second appearance for Connacht, he held his nerve a few times, but the Pink Army dominated the scrum, which proved crucial to the hosts’ victory.

With a game as formless and vibrant as an Impressionist masterpiece, some players are inevitably going to get lost in the mayhem. Such was the case with Dowling, who slipped by somewhat unnoticed today.

The target man at the lineout, was not able to feature much outside of the set-piece.

Immense performance from Connacht’s breakout star. Gained that extra metre with every carry, forcing Stade to concede penalties. A nice extra option at the lineout as well.

Like his fellow backrower Butler, Oliver was a key figure in every aspect of the game today - for better and for worse. Good carrying, solid in defence, played his part to get Butler in for the bonus-point try. Earned a yellow card for repeat infringements, putting his side under huge pressure for the closing stages.

With Paul Boyle returning from injury, Butler is doing anything he can to keep his hold on the #8 jersey. And up until the dying seconds, he was doing his cause no harm. Made some strong carries, lovely one-two between him and Oliver before he crossed for a try. But a brief lapse in concentration gave Stade the vital penalty which may see them through to the last-16.