Munster captain Peter O'Mahony hailed Saracens after his side were well beaten at the Ricoh Arena on Saturday.

The English side ran out 32-16 winners after a dominant second half display saw them book their place in the Champions Cup final.

Second half tries from Mike Rhodes and Billy Vunipola along with 20 points from the boot of Owen Farrell saw Mark McCall's side through to European rugby's showpiece event in May and O'Mahony was quick to praise Saracens:

"We certainly can't have any complaints. We were beaten by a better side today.

"They're a classy outfit. We understood how much it was going to take - we just weren't good enough today. 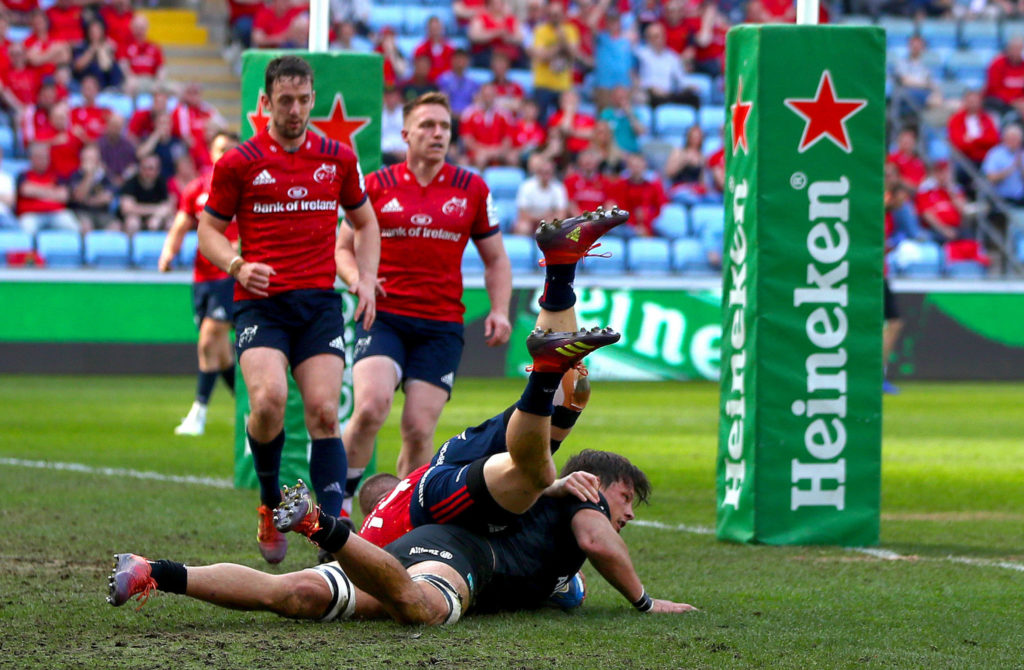 "You're talking about 10/13 points and then you're forced to play out of your structure and in places where you don't want to play and they live off that broken field stuff.

"Their defence is very impressive and put us under huge pressure so as I said, no complaints.

"It's very difficult to play under that kind of pressure...and we were under the pump for a lot of it. When you're playing under that much pressure for long periods without the ball - it takes its toll."

Munster's focus now turns to the PRO14 where they entertain Connacht in the final round of fixtures with O'Mahony saying: "We've a couple of big games over the next few weeks that we have to get sorted for. It's another semi-final but it's a another group - a different dynamic. We'll take our learnings and move on," he added.