Ireland should not be looking to put up a full-strength side against Italy, however it would be short-sighted to put up a fully second-choice side, according to Cian Tracey.

Ireland should not be looking to put up a full-strength side against Italy, however it would be short-sighted to put up a fully second-choice side, according to the Irish Independent's Cian Tracey.

After losing out to a very powerful and high-flying French side in their last Championship match, Andy Farrell's Ireland will host the perennial wooden spoon champions Italy this weekend.

As is so often the case, the Italians grant Ireland the opportunity to experiment and give inexperienced players in the squad a run out.

However, Ireland should be wary of making wholesale changes for the sake of it this weekend.

Rugby correspondent with the Irish Independent joined Tuesday's OTB AM to break down the two different XVs that he had selected for the upcoming clash.

Tracey outlined where he feels that Farrell's side and his own side differ.

"I am sure that Andy Farrell will be delighted that I have picked his team and I've picked my team as well," Tracey said. "As if I know better!

"They have been a bit vague about Johnny Sexton's fitness, so I think a lot will depend on that. It is a hamstring strain so I don't think they'll take any chances, particularly for the Italy game.

"I actually think, even if Sexton was fully fit, it would be a no-brainer to give Joey Carbery back-to-back starts. I think Carbery is the man in charge of the jersey.

"If he shoots the lights out this weekend off the back of what I thought playing well in difficult circumstances in Paris, then you've got exactly what you want. It will not be a forgone conclusion."

The conversation around the Irish flyhalves has been going since before Ronan O'Gara hung up his boots. However, Tracey feels that a similar conversation needs to happen around other key positions in the spine of the team. 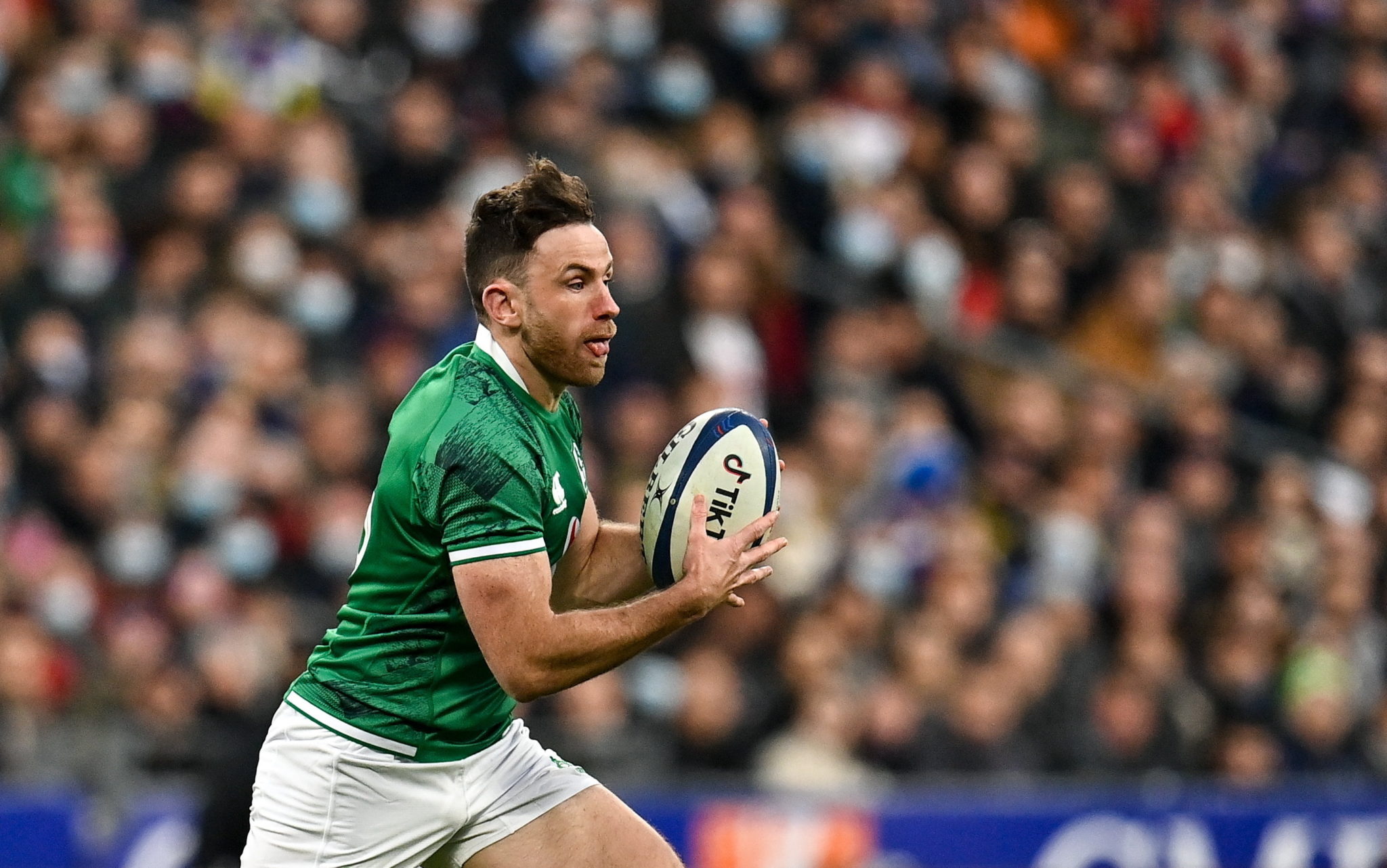 Ireland's depth chart is shallower than we think

"We talk about the out-half situation so often," Tracey said. "I actually think there are a lot of positions where I think there are issues in the depth chart coming behind them.

"I think tighthead is absolutely one of them. I think loosehead is one of them. For two props to play 73 minutes in the Stade de France, as impressive as it is... that is a worrying sign for me.

"That is not sustainable to ask a tighthead or a loosehead to play for that long. You look at France, they roll in a new front row after 55 minutes."

The main issue that Tracey has noticed over the past two years is that there does not seem to be any competition for the number 15 jersey.

"The fullback one isn't one that has been discussed very often," Tracey said. "Hugo Keenan has been so good. [But] since he has made his debut in October 2020, he has played all 17 Ireland games, starting every single one of them.

"I think he has been taken off three times, and they have all been after the hour mark. As incredible as Keenan has been, we don't know who Ireland's back-up fullback is. That is an issue.

"This weekend is made for Michael Lowry. You have got to see what this guy is capable of. He's been one of the best Irish players this season. It's not like he doesn't merit his chance." 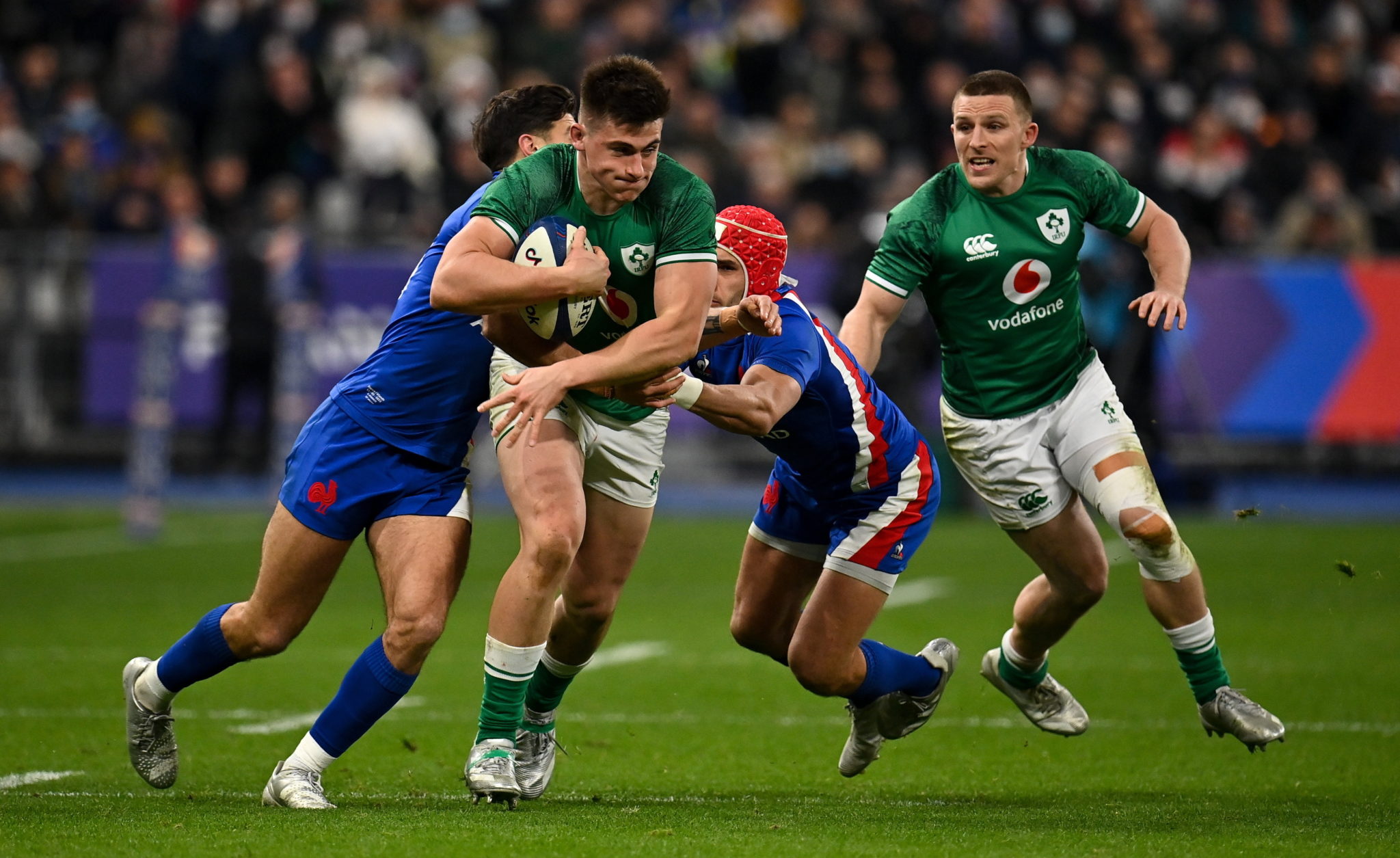 Be wary of wholesale changes

Although the temptation will be to rest the likes of Tadhg Furlong and Andrew Porter, Tracey feels that the selection at hooker will dictate a need to start the two Irish anchors.

"If you are going to start Dan Sheehan in his first Six Nations start, albeit it against Italy, you kind of want to see how he does with the starting front row," Tracey said.

"It is unrealistic to think that Ireland are going to make 15 changes. There isn't a whole bunch of young props coming through."

Tracey feels that once the current starting and replacement Irish props retire or are otherwise unavailable, Farrell will have a difficult time finding their replacements.

This is due in part to lack of game time at an international level, but also a lack of quality pushing their way through the ranks at provincial level as well.

Start Tadhg Beirne on the side of the scrum

Finally, in spite of many seeing the Leinster back three as the best back three in the country, Tracey would through a Munster man in the starting number six jersey.

"Caelan Doris playing six, I don't know how long this could last," Tracy said. "In my mind he is the best number eight in the country, but Jack Conan had the season of his life last year.

"I think [Tadhg Beirne at six] would be interesting. There's been a lot of talk of Ireland being overpowered. I don't think you de-power it by putting Iain Henderson in.

"I think Beirne is undroppable at the moment, it is just a question of where he plays."