Ireland Sevens have qualified for their first Olympics after winning the repechage tournament on ...

Ireland Sevens have qualified for their first Olympics after winning the repechage tournament on Sunday, although playmaker Greg O’Shea might not have been part of the squad if he opted for a different path.

O’Shea was instrumental in Ireland’s qualifying campaign for Tokyo 2020, playing a major creative role in the team.

However, just two years ago, he had spent his time sunning on the sands of Love Island, which he won, and was considering the life of a celebrity rather than returning to sevens.

“I was on a little show called Love Island and I won it,” O’Shea said. “I could have easily gone down the celebrity route, move to London, do the red carpets and celebrity events, make my hundreds of thousands like everyone else does.

“I was like, ‘no, I am coming home, I have spent so many years with this sevens team’. It is never about the money, it is common knowledge that you don’t get paid a lot in sevens, it is just about the work we do with the lads.

“I couldn’t sit over in London on my high horse and watch the boys training and maybe get to the Olympics.”

While he had made the decision to push for a place in the Olympic squad, O’Shea almost lost out, as he had to fight his way back into Anthony Eddy’s squad.

“I almost wasn’t here,” O’Shea said. “I wasn’t traveling, then I got brought in, and then I made the team, and I am so glad that I made the decision a couple of years ago to come back.” 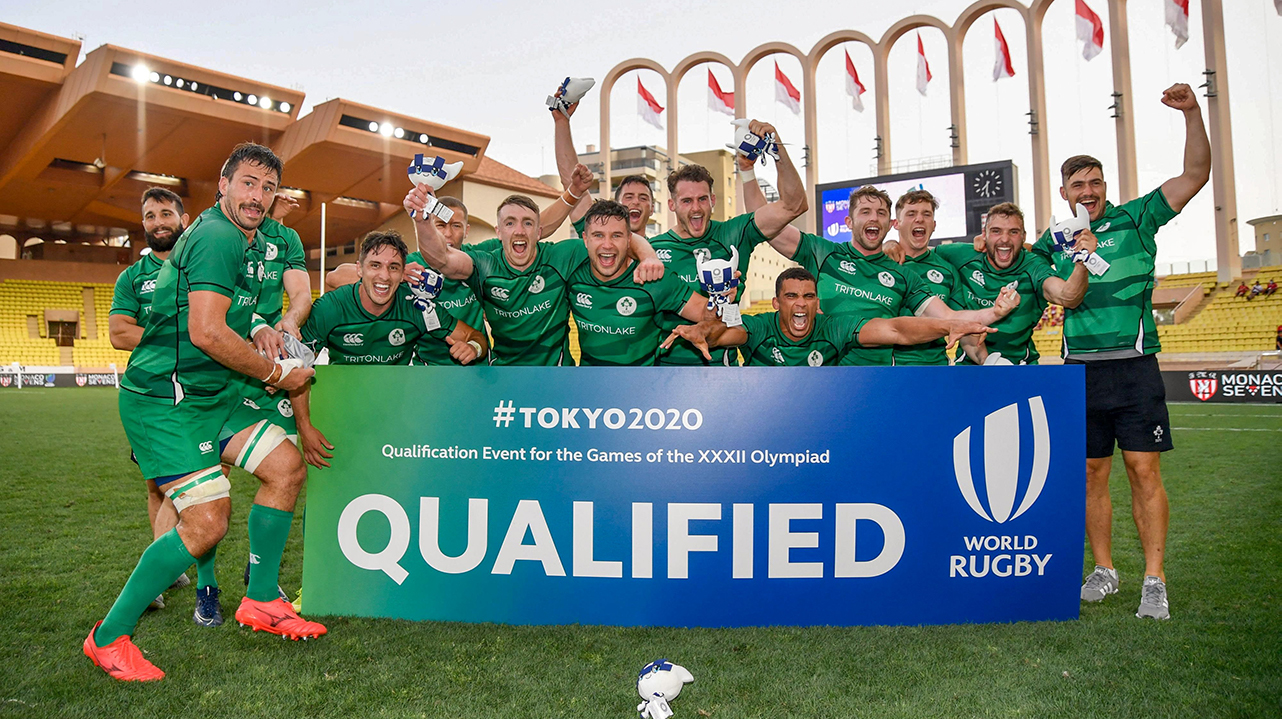 The Ireland team celebrate after beating France in the final and qualifying for the Tokyo 2020 Olympic Games on day three of the World Rugby Sevens Repechage at the Stade Louis II in Monaco, Monaco. Photo by Giorgio Perottino - World Rugby via Sportsfile

The success of Irish sevens has been meteoric to say the least, as they fought their way from obscure European tournaments, to becoming a core member of the HSBC Sevens World Series, and finally qualifying for the Olympics in the search for gold.

While he is looking forward to running out in Tokyo, O’Shea will not forget his roots in the European tournaments, including his debut in Poland.

“I played in a place called Łódź in Poland, a European tournament, and we played against Portugal, which was my first game,” O’Shea said.

“Everyone sort of starts out on the wing and then you gradually make your way in as Anthony Eddy sees what you can do with the ball.”