Ireland Sevens head coach Anthony Eddy praised his team’s resolve on defence as they beat France to qualify for the Olympics on Sunday.

Just two years ago, Ireland were not even a core team on the HSBC Sevens World Series, and now they are heading to Tokyo for a chance at winning gold.

Speaking to media after his side beat France 28-19 in the Qualifier final in Monaco, Eddy explained what it meant to bring this team to the Olympics for the first time.

“It has been a fairly emotional weekend, actually,” Eddy said. “I think we came here knowing that the boys were always capable of achieving what they achieved in the last game.

“Obviously you have got to get through another five games to get to where we got to in the final, and they are all different challenges.

“The boys, the whole team, everybody fronted up, especially on day two, and did what they had to do. I am just delighted for them.

“Heading to the Olympics in four weeks’ time is an exceptional achievement and it is well deserved.” 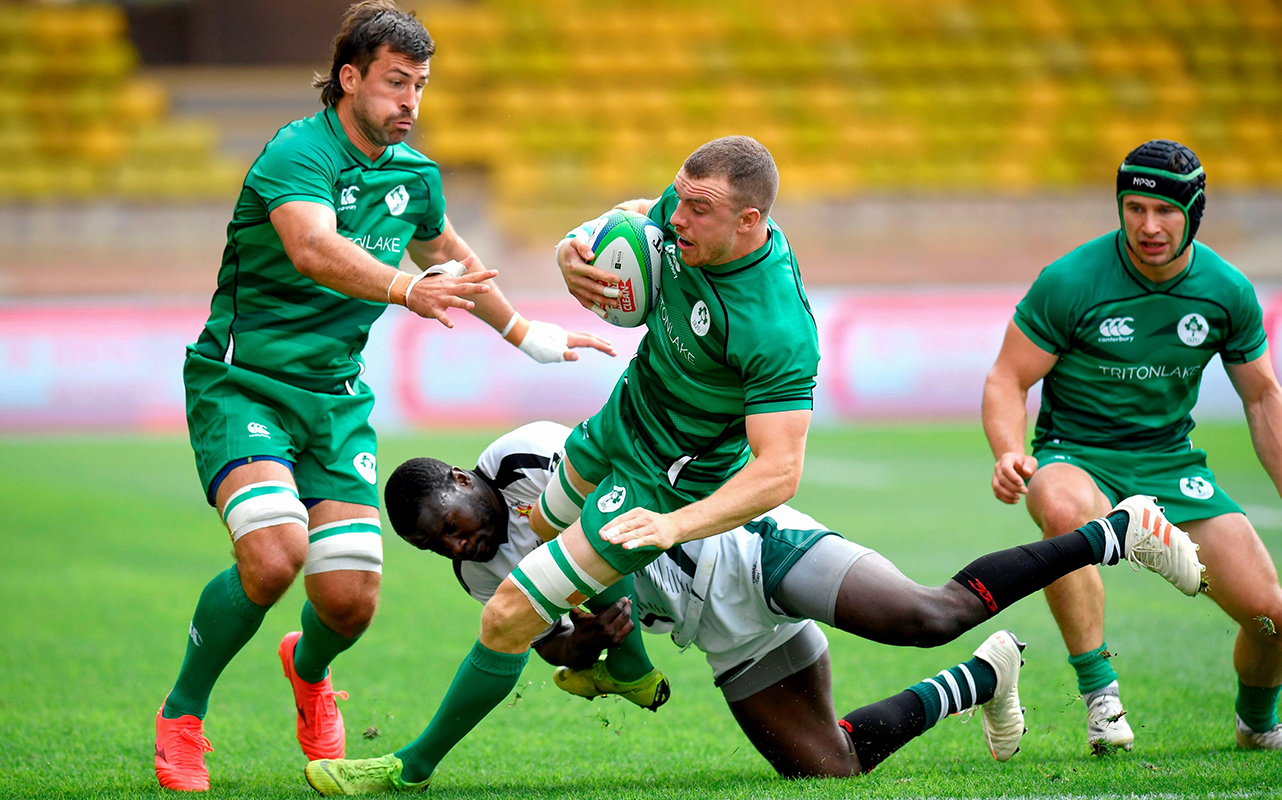 Adam Leavy of Ireland in action against Zimbabwe during the match between Ireland and Zimbabwe on day two of the World Rugby Sevens Repechage at the Stade Louis II in Monaco, Monaco. Photo by Giorgio Perottino - World Rugby via Sportsfile

France led the final 12-5 at half time, after applying a lot of pressure on the Irish line for a good portion of the first half.

Despite being down at half time, Eddy knew that his men were capable of taking the victory, especially after their impressive defensive showing to keep France out for almost three minutes.

“I didn’t have to say much [at half time],” Eddy said. “They said it themselves, they knew they were in a really good position and they worked extremely hard defensively, and got themselves through a good block.

“They grew a great deal of confidence around that defence for about two and a half minutes in the first half, and we were fairly composed at half time.

“We talked about just trying to control possession and continue to put them under pressure with our defence.

“We knew there was going to be some dirty ball to pick up, and we managed to do that and capitalise on a couple of their mistakes.”