Ronan O'Gara and Keith Wood joined Monday Night Rugby on Off The Ball as the pair discussed the importance of confidence in their roles on the pitch.

The former Munster teammates spoke about some of the psychology of the roles during the game - goal-kicking in the case of O'Gara and lineout throwing for Wood.

Wood spoke about how an early shoulder injury in his career affected his throwing. The former Ireland and Lions hooker had mixed results throughout his career in finding ways to work around a 'kink' in his technique.

"It was only with a bit of maturity that I could mentally stand up to the challenge and trust my timing..."

Wood found partial benefit from seeing a psychologist, he used a mantra to give him a routine then "building mantras helped me work a little better," said Wood.

While the mantras were an effective tool, it was confidence that helped Wood most, and the confidence to move on to the next task or throw, even if the previous one had not gone to plan.

O'Gara spoke about the four different phases of confidence he identified that a kicker can go through.

"Kicking in confidence, kicking when you're not in confidence, there's the 'why am I missing?' and there's rock bottom," recalled the La Rochelle coach.

"Essentially, for goal-kicking it can be the easiest subject in the world, and then the following day the process is the same and the ball doesn't go where you want it and you just go 'why?'

Unfortunately, O'Gara still cannot answer that "why?" although it would have been handy to know.

"I don't have the answer to that," says O'Gara. "If I did I would never have missed. Then what (baggage) comes with you, is having to fight the demons."

What happens when that confidence is lost?

"I remember after 90-odd caps, I lost my confidence, it's a horrible, horrible position to be in because, for example, it's like trying to drive on a motorway with the handbrake on. It has that much of an impact.

"The human mind is the most fascinating subject, whoever can master this subject will have an unbelievable kicking career.

"With the amount of training time you can devote to it, the percentages even with the pressure will always get better. Pitches are getting better, stadiums, the wind is having less of an impact.

"The impact for me as an individual when you were (confident), some days, I just knew I can't miss." 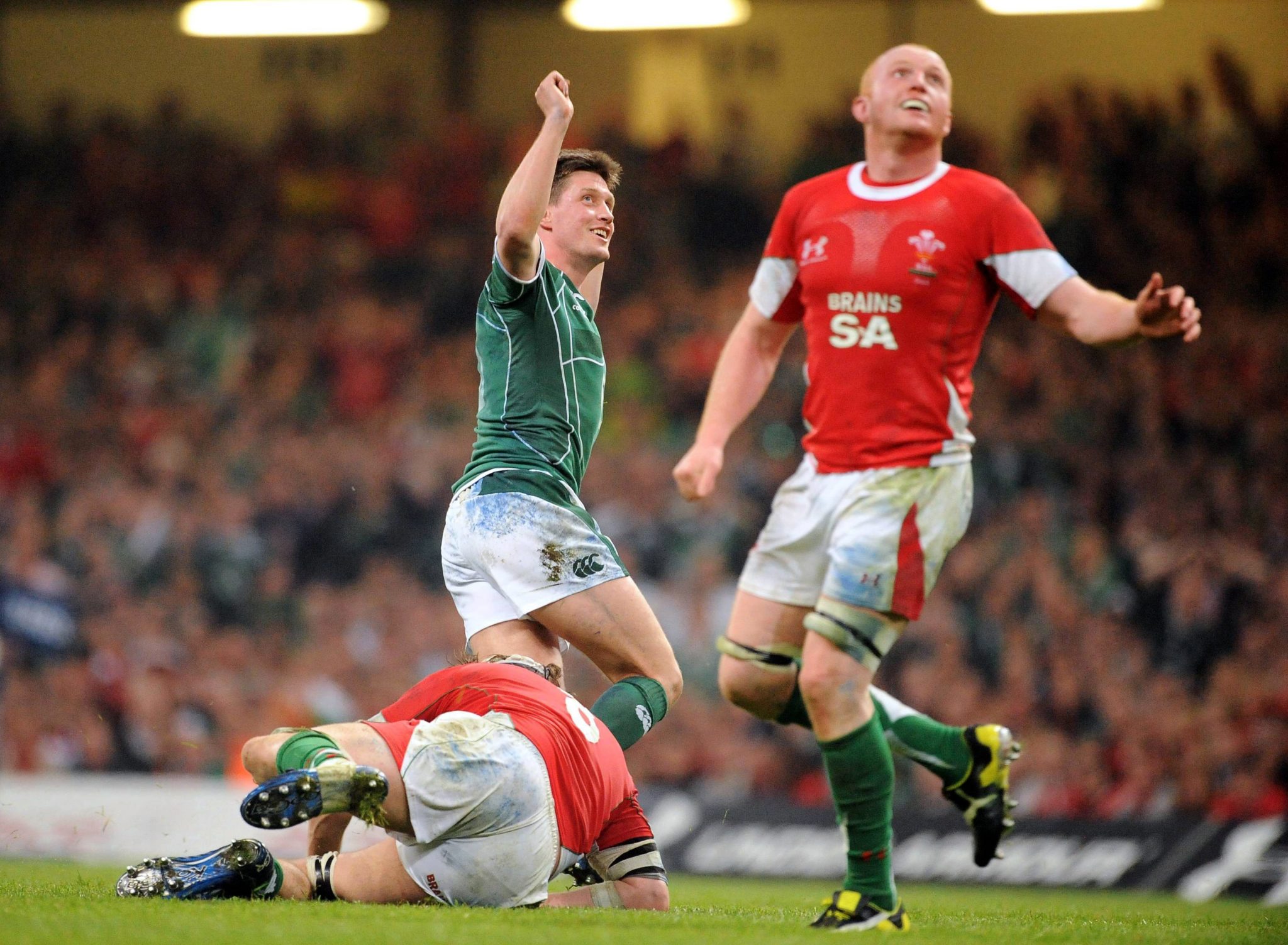 Playing well while low on confidence is key to performance, and O'Gara says he learned the value of compartmentalising kicking early in his career, for the benefit of the team.

"Goal-kicking is not related to the game so you can compartmentalise it completely. You've got your own game and then you have to have your goalkicking game.

"That was important to learn at a young age, just to completely separate the two of them. You could be flying around the pitch and having a shocker goalkicking or vice-versa."

The impact of the kicker being confident and the team having faith in the kicker is visible in how the team performs in the experience of the former Munster fly-half.

"To be a leader you have to be performing in both," reckoned O'Gara, "I have seen so many times, with packs of forwards in green or red.

"If teams are two points down and they have a guy they believe in at ten, watch them shift their ass. They will pull out all the stops for you.

"But I've seen plenty of other examples where it's 'will he f**kin' get this one or not?' then boys up front will down tools.

"Ok, that was 15 years ago, so a slightly different mindset, but if you sign up to do the job, you better do exactly what it says on the tin."