Three-time Heineken Champions Cup winner Brian O’Driscoll compared the evolution of Ronan O’Gara and Johnny Sexton on Off The Ball.

Three-time Heineken Champions Cup winner Brian O’Driscoll compared the evolution of Ronan O’Gara and Johnny Sexton on Off The Ball.

Sexton has developed from a young and tenacious outhalf to one full of poise and maturity, a leader for club and country.

Similarly, O’Gara has grown from a methodical player to an equally methodical, world-class coach.

Two Saturdays ago, in the Champions Cup semi-final, Leinster defeated Toulouse in emphatic style at the Aviva Stadium registering a 40-17 scoreline against the French outfit.

Pundits have suggested that one of the shining stars of the Leinster side that day was Johnathan Sexton, who played as if he had not aged a day since he exploded onto the world rugby scene with his performance against Munster in 2009.

O’Driscoll spoke explained how Sexton has developed as player since that day in 2009.

“Johnny has changed so much compared to the fiery 10 he was initially,” O’Driscoll said. “This took a while, we would have had fiery conservations with everyone, him and I. But I look now and see a steely maturity.

“I genuinely think he has more time, sees the bigger picture, pulls the trigger on the right play and his shot selection is better in those hundredths of a second.

“He is a really unique player. He really is! We should really enjoy him for the next 18 months or however long it is going to be.” 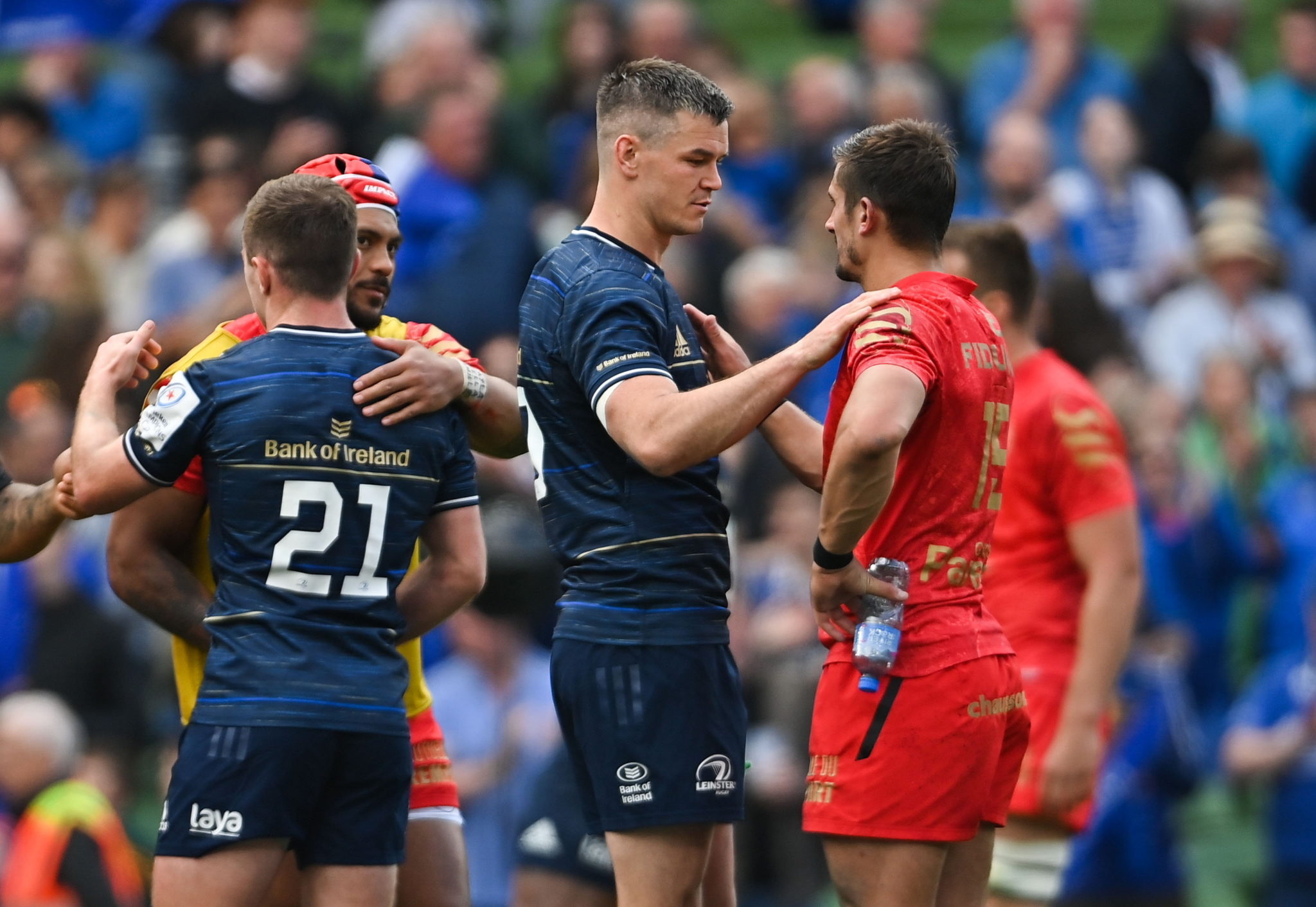 The evolution of O’Gara the coach

Like Sexton has developed his game, O’Gara has developed from a quarterback-type player with Munster to a meticulous coach that has taken La Rochelle to the pantheon of European rugby.

“It is funny to mention with ROG that he was a really terrific player, could control the game very well,” O’Driscoll said. “He was tactically supreme, very much played the game suited to that period of time.

“He has done it the challenging way by going overseas, learning a new language, travelling to New Zealand and also getting accepted in NZ and then coming back and taking a head coaching role.

“He has been in 3 finals in 13 months with La Rochelle, of which two of them were in Europe which is pretty amazing. If he keeps developing what he is doing, he will be a fantastic coach that will be coveted by many clubs.”

O’Gara’s La Rochelle side will take on Sexton’s Leinster this Saturday in the Champions Cup final.

Leinster will be looking to join Toulouse on six European titles, while La Rochelle are hoping to earn their maiden title.

Off The Ball will have live match commentary of the final, including full previews and post-game analysis.