'They're not enforcers' | Quinlan on James Ryan and Tadhg Beirne

Alan Quinlan was on Tuesday’s OTB AM to talk about which players would make Ireland’s final Rugby World Cup squad.

While the former Munster man is not expecting too many surprises, he did mention one uncapped player who could force his way into Joe Schmidt’s 31-man squad.

“Do you know why I’m talking about [Jean] Kleyn? Really because you could end up with South Africa and their physicality.

“I just thought when we went to Wales James Ryan and Tadhg Beirne, as brilliant as both of them are, they’re not enforcers. I’ve always said this about second rows, ideally you want to have one dogged, physical, aggressive guy,” Quinlan commented.

The 25-year-old South African-born lock joined Munster in 2016 and will qualify for Ireland on residency grounds this August. While Ireland have no shortage of international-quality second rows, Quinlan felt that Kleyn offers something no-one else has in the Ireland camp. 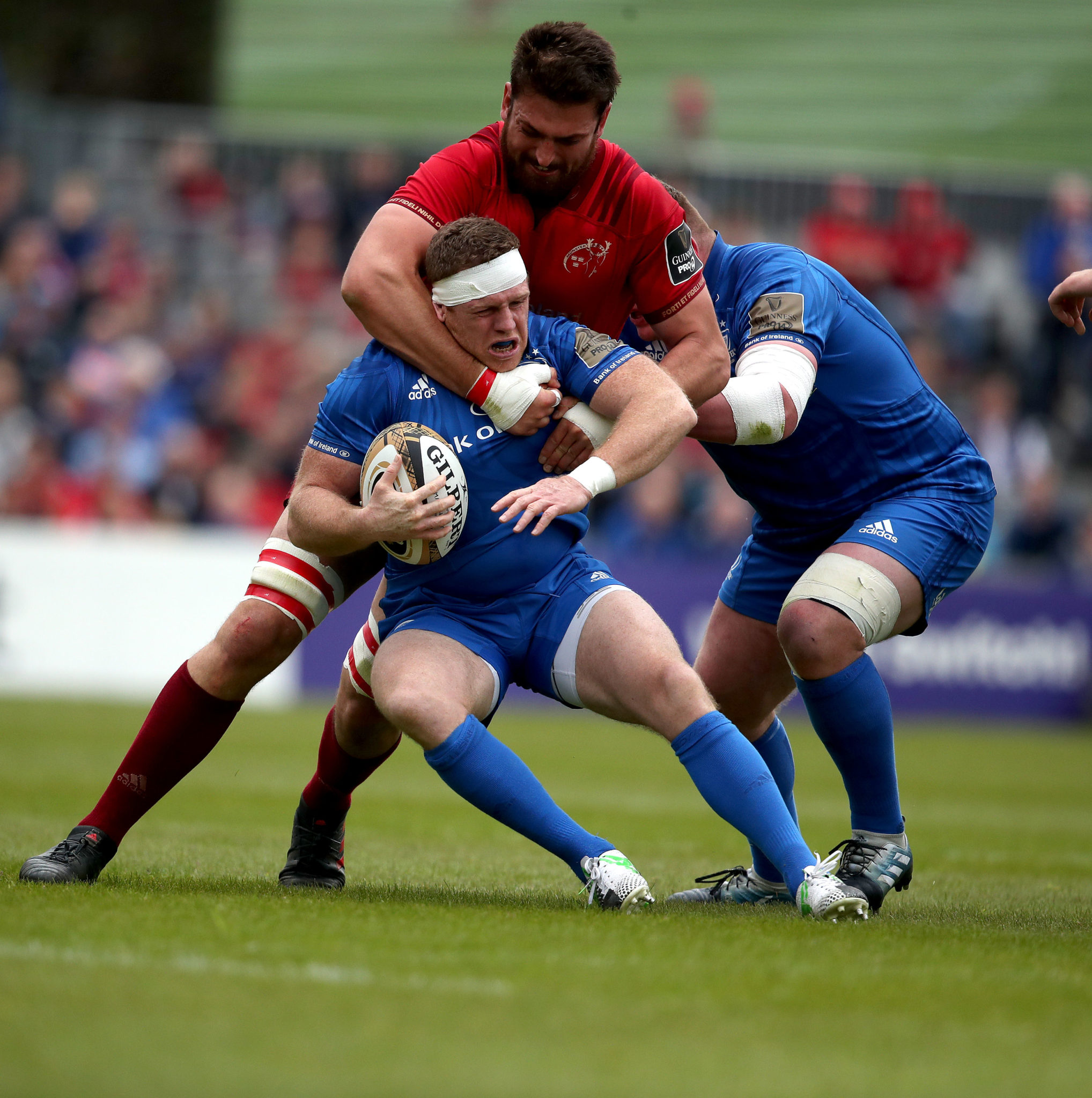 Jean Kleyn gets to grips with Sean Cronin.

“Henderson is still very much a footballer who travels around a lot and wants the ball in his hands. I’m a bit old-school about the second rows in that you have the best combination.

“With Donncha O’Callaghan and Paul O’Connell, Donncha was that bruiser that hit ruck after ruck. Bakkies Botha was the same, just that real steel who busts up the middle of a maul who’s just aggressive and makes those hard carries,” Quinlan explained.

Schmidt is likely to take four second rows to the World Cup in Japan, with James Ryan, Devin Toner and Iain Henderson expected to take up three of the seats on the plane.

That leaves Tadhg Beirne, Ultan Dillane and Jean Kleyn to fight it out over the last position on the squad - if Schmidt does opt to take four locks.

Of the three expected to be going, Quinlan doesn’t see any of them as particularly ‘old school’ locks.

“Of course the ability to have two athletic second rows helps and modern rugby has changed a little bit. But there was a little bit of vulnerability about the way we were man-handled in the Six Nations at times this year.

“Just part of me is thinking you could do with one big bruiser in there that you just play for the first 50 minutes, like a Quinn Roux-type scenario,” Quinlan said.