Westlife’s Nicky Byrne joined former Ireland rugby captain Brian O’Driscoll on Off The Ball on Saturday and talked about his memories playing in Soccer Aid.

Byrne played professional football in his younger years prior to joining the boyband, Westlife in 1998.

He played for Leeds United as a goalkeeper for two years, before returning to Ireland to play for Shelbourne in Dublin, eventually being scouted by Boyzone manager Louis Walsh to start the new band.

Since then, however, Byrne has continued to mix with top professional footballers through his frequent participation in Soccer Aid for UNICEF.

“That is the dream of anybody to be honest,” Byrne said.

“You are playing with professionals, ex-professional footballers and celebrities, so it is a great mixture.

“There is always this attraction between celebrities and professional athletes, whether it is rugby, soccer, tennis, golf or whatever it is. They tend to just come together.”

For Byrne, the attraction of Soccer Aid is greater than just the celebrities attempting to play soccer.

“It is for charity, for UNICEF,” Byrne said. “And you have a week of being a professional; it is back to being a pro.

“So, you are staying with the squad, you are training every day, you are up for breakfast; it is back to ringing the smoked salmon and eggs back to the room!

“You are back to being a superstar again!” 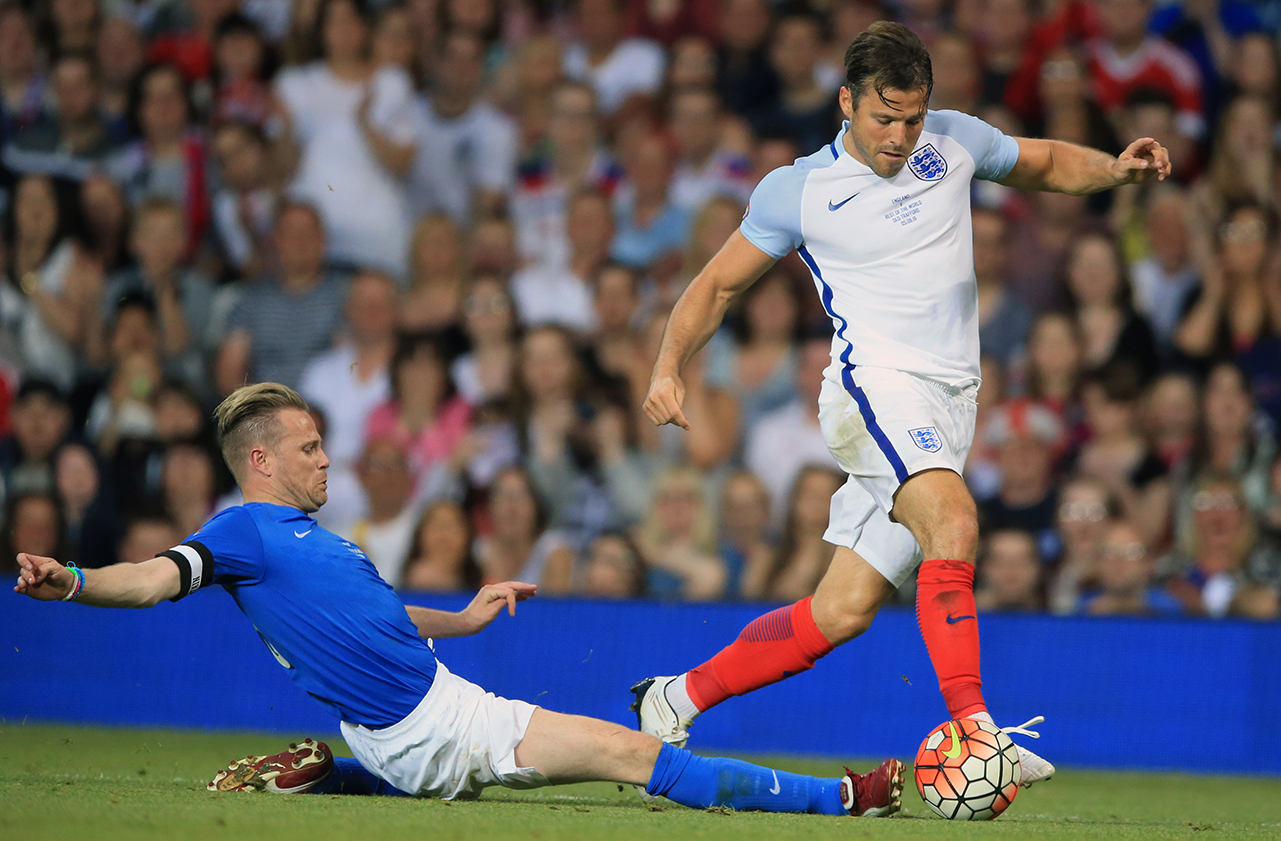 As many of the celebrities were from different backgrounds, Byrne had the edge on the pitch with his footballing background and experience.

He recalled one of his teammates, whose name he had forgotten, was particularly ill-equipped for a game of soccer.

“A lot of the celebrities that come and play are not very good at soccer,” Byrne said.

“I remember one Soccer Aid, Kenny Dalglish was the manager for the Rest of the World, we had some guy… who was in a bi TV show like Lost or one of those.

“He had come over and we went training and we were practicing penalties at the end of the day, and he tried to put the ball down at the D on the 18-yard box.”

After Dalglish had shown him the proper placement for a penalty kick, he was still unable find the back of the net.

“We weren’t necessarily laughing at him or anything, but this was a professional football match, so Kenny said to go up and practice.

“He was an actor, so it was like method acting. He went up and spent an hour on his own running up and kicking the ball from the 18-yard line into an open goal.

“He kept missing it, but he did get better.”

The actor in question would turn out to be James Kyson Lee, who was famous for starring in the series ‘Heroes’ at that time.

Byrne mentioned that this was not the most entertaining aspect of the actor’s time in the Soccer Aid camp.

“The ball went out over the end line for a corner to us, but he picked it up and took a throw-in!” Byrne laughed.

“This was live on TV! But, that is what Soccer Aid brings you; it brings people who don’t know anything about football, and then you are also playing with [Zinedine] Zidane [and Luís] Figo.” 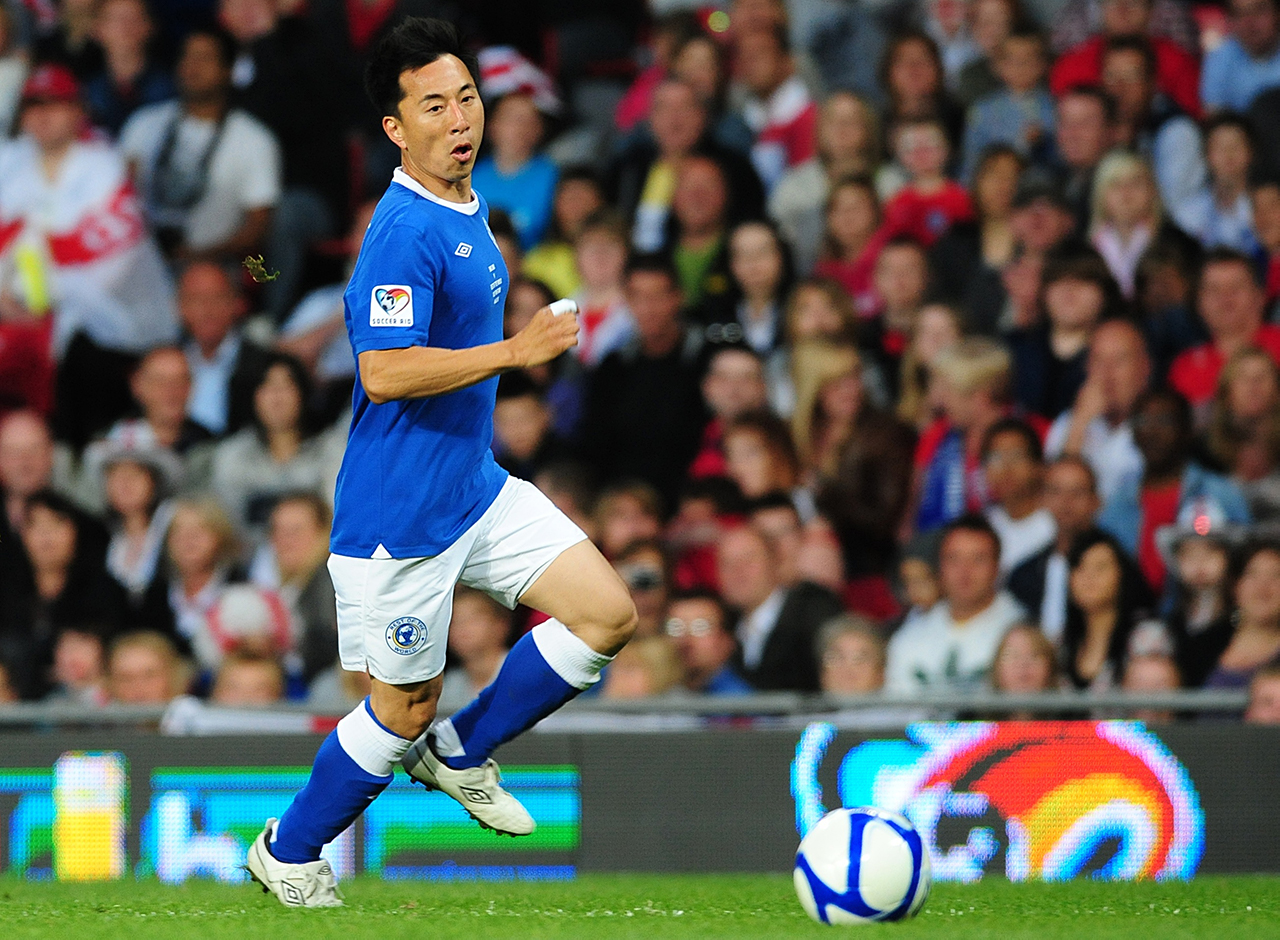 The best that Byrne has played with

For Byrne, the opportunity to play with some of the legends of soccer during Soccer Aid is the biggest draw to the charity game.

He recalled making a list of some of his best teammates as part of a trend doing the rounds on Facebook over lockdown.

“It was just amongst all the lads,” Byrne said. “It said: ‘pick the best players for your starting XI that you have ever played with’.

“So, they are all picking out, ‘I’ve played with Johnny O’Neil, best centre half in the country,’ that type of thing.

“And then you’ve got lads going, ‘I have played with Tony Sheridan and [Shelbourne] legends’.

“And then I was writing there going, ‘How do I choose between Zidane, Figo, [Claude] Makélélé, all these lads?’

“So, I did kind of brief them by going, ‘lads, I have played in five or six Soccer Aids, so stand by here, I am not being an absolute tool.”