Player Ratings | Munster bounce back to embarrass the Stormers

Munster were hoping to continue their dominance over South African opposition after their 42-17 d...

Player Ratings | Munster bounce back to embarrass the Stormers

Munster were hoping to continue their dominance over South African opposition after their 42-17 dismantling of the Sharks in the opening round of the United Rugby Championship.

Munster were outstanding against the Sharks in their opening game, while the Stormers blew an early lead against Benetton to lose out by four points.

The first half was all the South Africans' way, though, as Munster failed to get possession and territory, while the Stormers looked dominant with ball in hand for the opening quarter.

Munster were able to stem the flow of the Stormers' attack after half an hour, but at that point the visitors were already 15 points up, however the hosts were able to get one back just before half time, flattering them slightly with the halftime score.

A combination of terrible discipline from the Stormers and an vastly improved performance from Munster put the hosts into the lead after an hour.

It was all Munster from there, as Johann van Graan's men dominated in every facet of the game in the second half to get their second win of the URC. 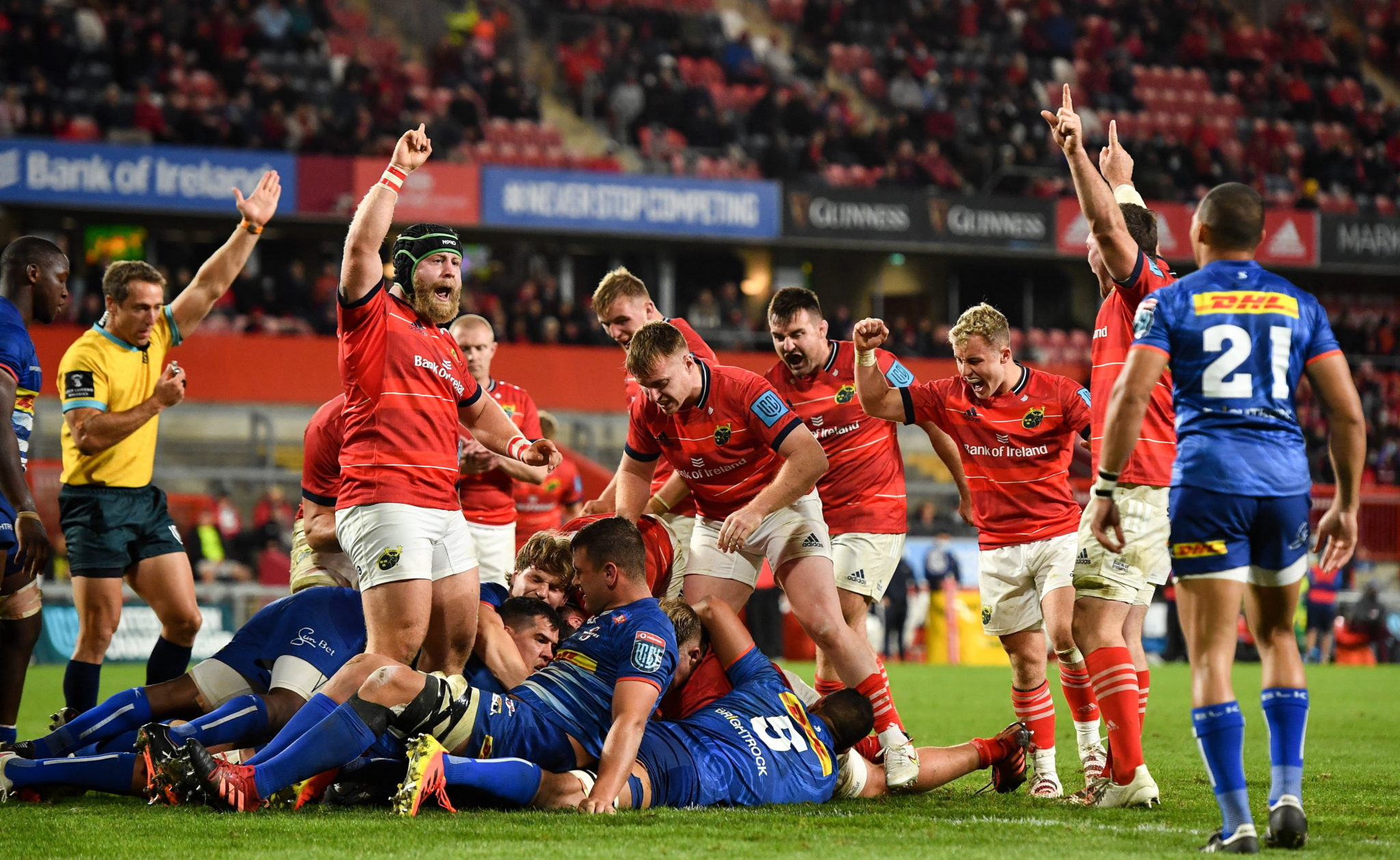 The Munster scrum was bullied in the first half by the Stormers, with Dave Kilcoyne  making more meters going backwards at scrum time than he did with the ball in hand. It was only after Kilcoyne was taken off that Munster started getting parity at the set piece, which might be coincidental at best.

The Irish international Niall Scannell was outdone by his opposite man for much of the first half, however as the match wore on, he began to make some gains with his carries. He capitalised on a well-set maul to score a crucial try which put the hosts in the lead, and was one of the key leaders on the pitch to lift the spirits of the Munster men.

In what should have been an exciting start for the 22-year-old Knox, he, like Kilcoyne, was constantly in reverse gear against a powerful Stormers scrum. While he, like the rest of his Munster teammates, had a vastly improved second half, it was not Knox's finest game in red. 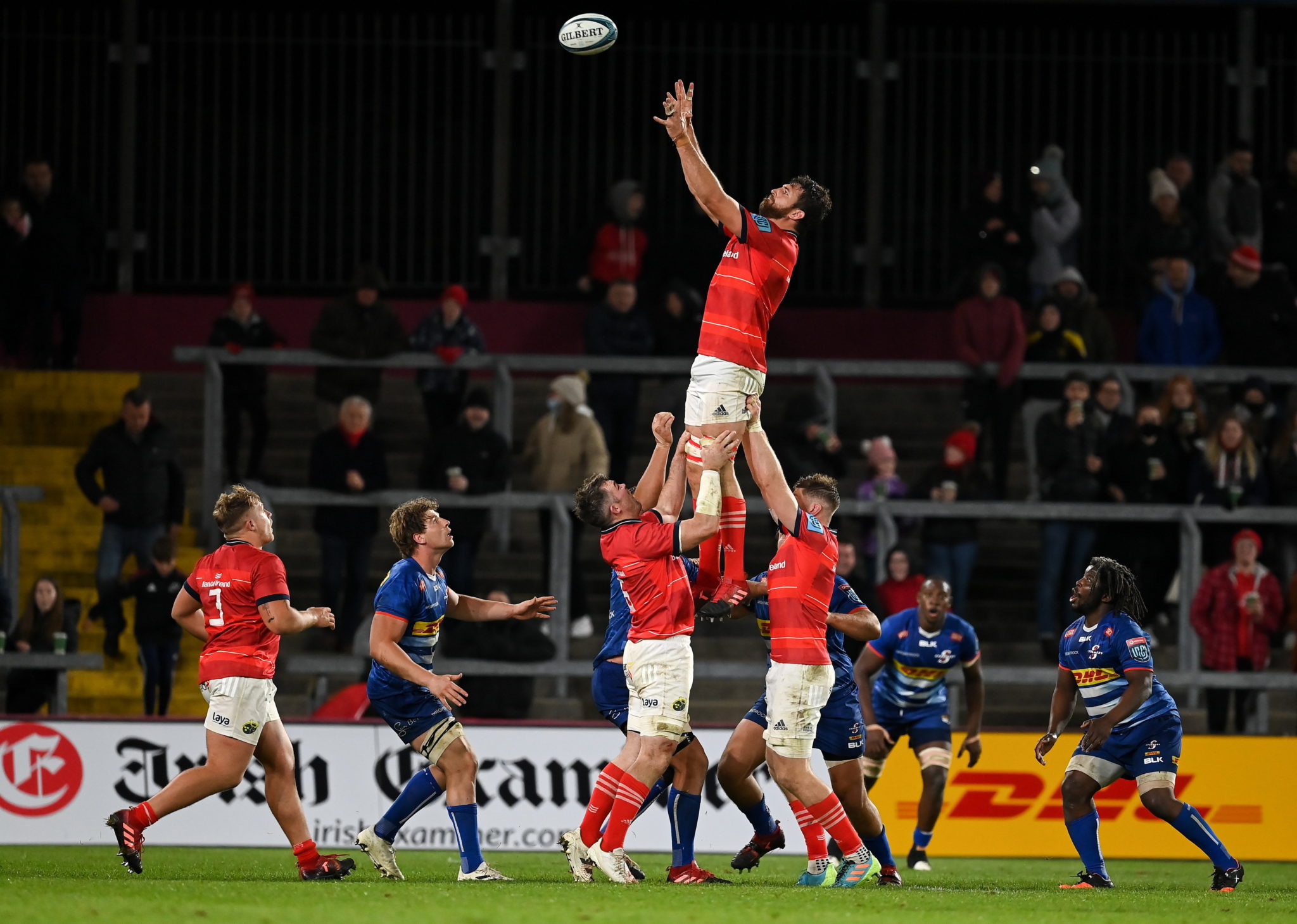 Jean Kleyn was a defensive machine, despite the Stormers appearing to be able to glide through the Munster defence in the first half. He was key to Munster's fightback, adding his physicality on defence, and he got a try for his troubles as well.

Finneen Wycherley would want to forget his first half, as missed a third of the tackles he was asked to make, with his carries being one of the only positives of his game in the first half. His second half defensive efforts were much improved, while he was slightly overshadowed by the return of RG Snyman on attack in the second half. The epitome of Munster's performance; a true game of two halves.

The Munster captain was the heart and sole of this side, as he has been for years. His workrate at the breakdown, and making crucial tackles was outstanding, with his try-saving intervention being the catalyst for a Munster fightback later in the first half. 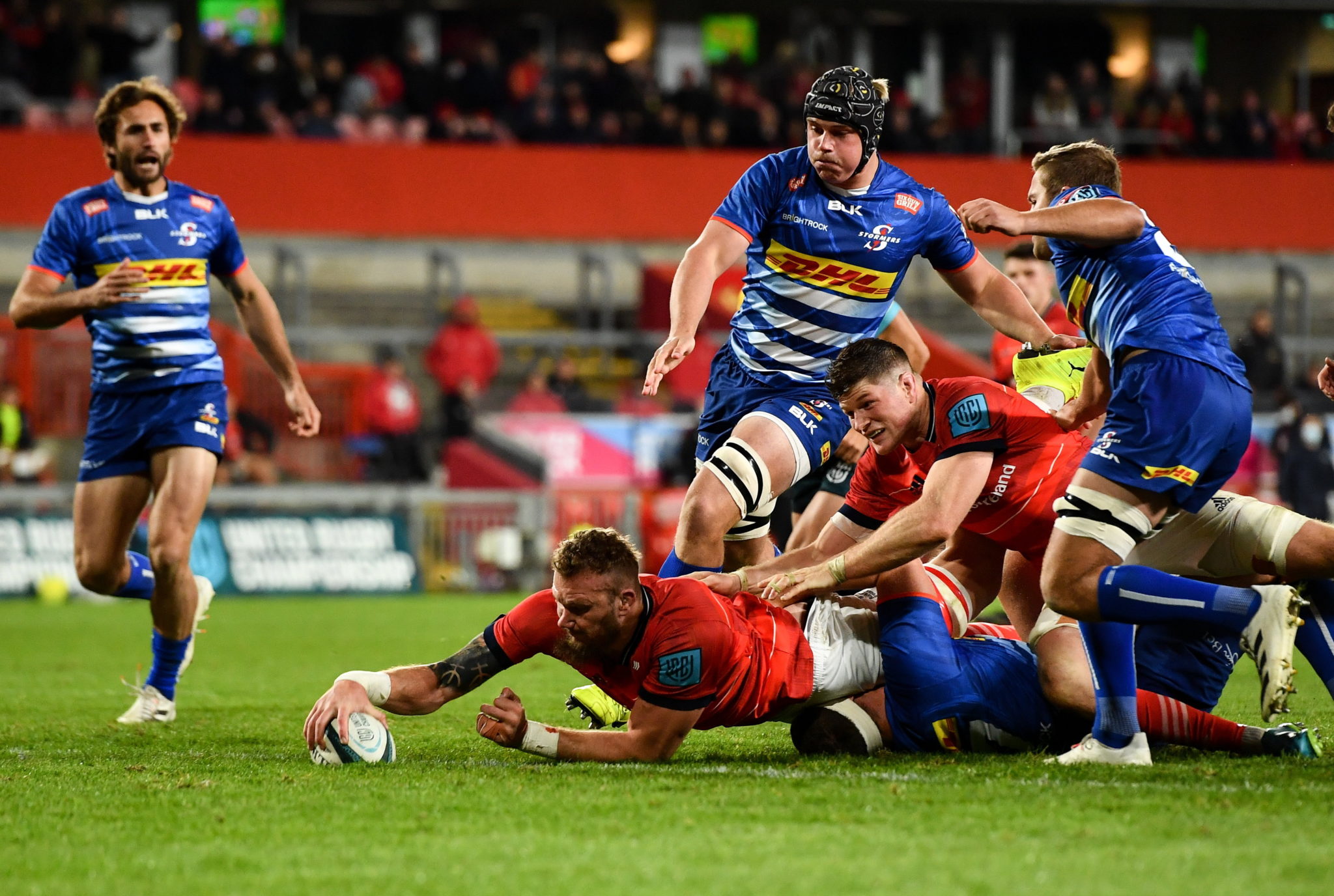 If it weren't for a try off of the back of a series of pick and goes by Munster, Jack O'Donoghue would be very disappointed with his start to the match. His carries were subpar, while he did not make the defensive impact he needed to in order to slow the high-flying Stormers down.

However, his second half was almost the complete opposite to his first, as he scored two tries off the back of powerful carries, and proceeded to make all of his tackles and shut down the Stormers whenever they did have any sort of possession.

The dangerous number eight Gavin Coombes was a rare shining light early on for Munster, at least as far as the attack was concerned. He missed a number of tackles defensively, however he made up for it somewhat with some key turnovers. He was a deserving player of the match for the hosts, off the back of an impressive final 50 minutes. 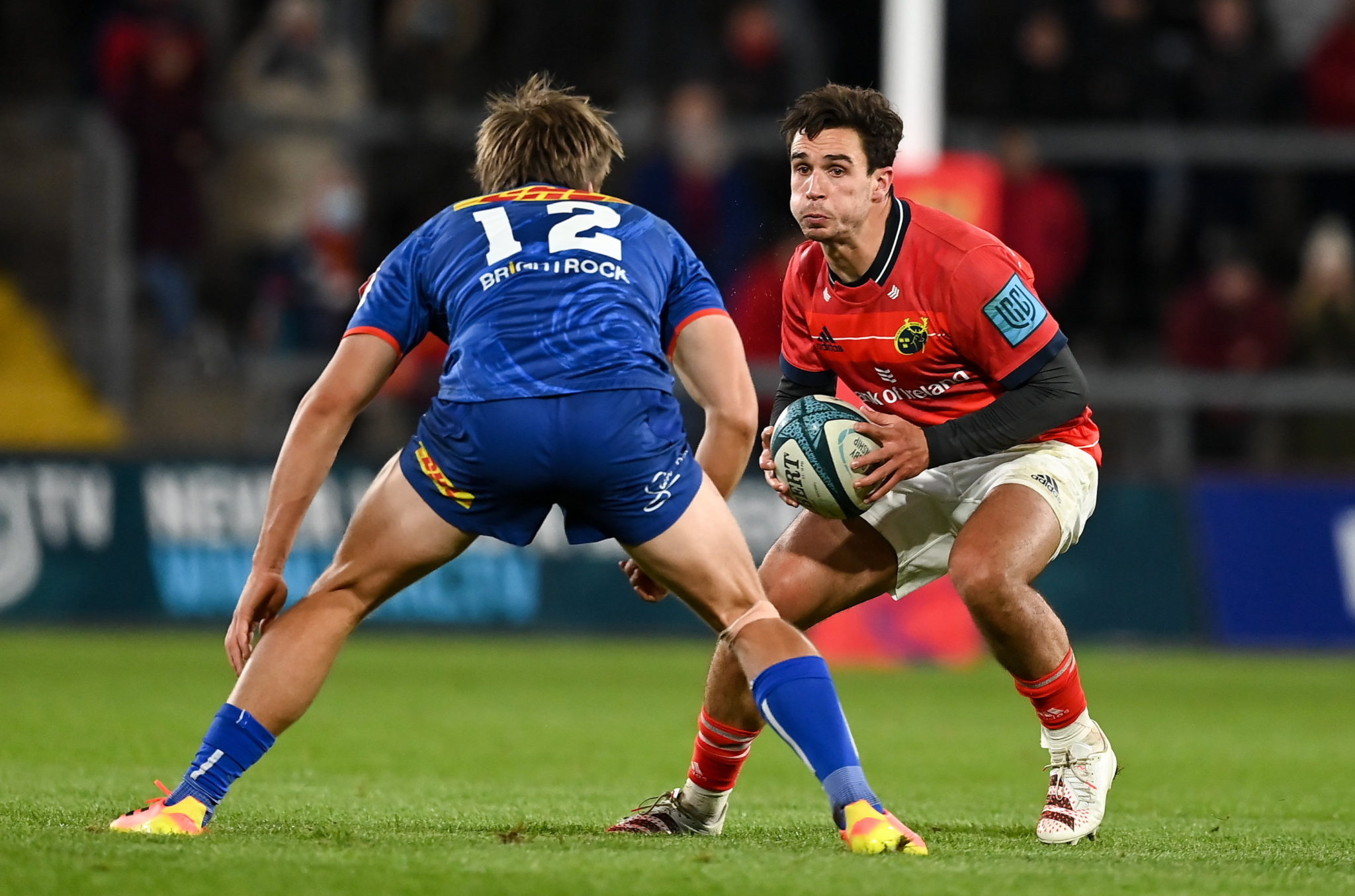 While Joey Carbery was one of the worst offenders in Munster's poor start, his growth into the game and his maturity to recover from the poor start was exceptional. It was not his best game in red, far from it, but his second half performance was a vast improvement from what could have been a very poor night for the Irish international.

Shane Daly might as well have stayed on the sidelines in the opening 20 minutes of the match, as the Stormers were exceptional at keeping the ball away from him, both on attack and defence. However, as Munster took control, Daly saw a lot more possession and racked up the most meters of any player in red with ball in hand.

It took a while for the Munster backline to get into the match, with most of the play coming from a big second half performance from their forwards. However, Scannell was important to the fightback from the hosts, as he started to pick up the slack on defence in the midfield, and began to make more impactful carries as the Stormers tired. 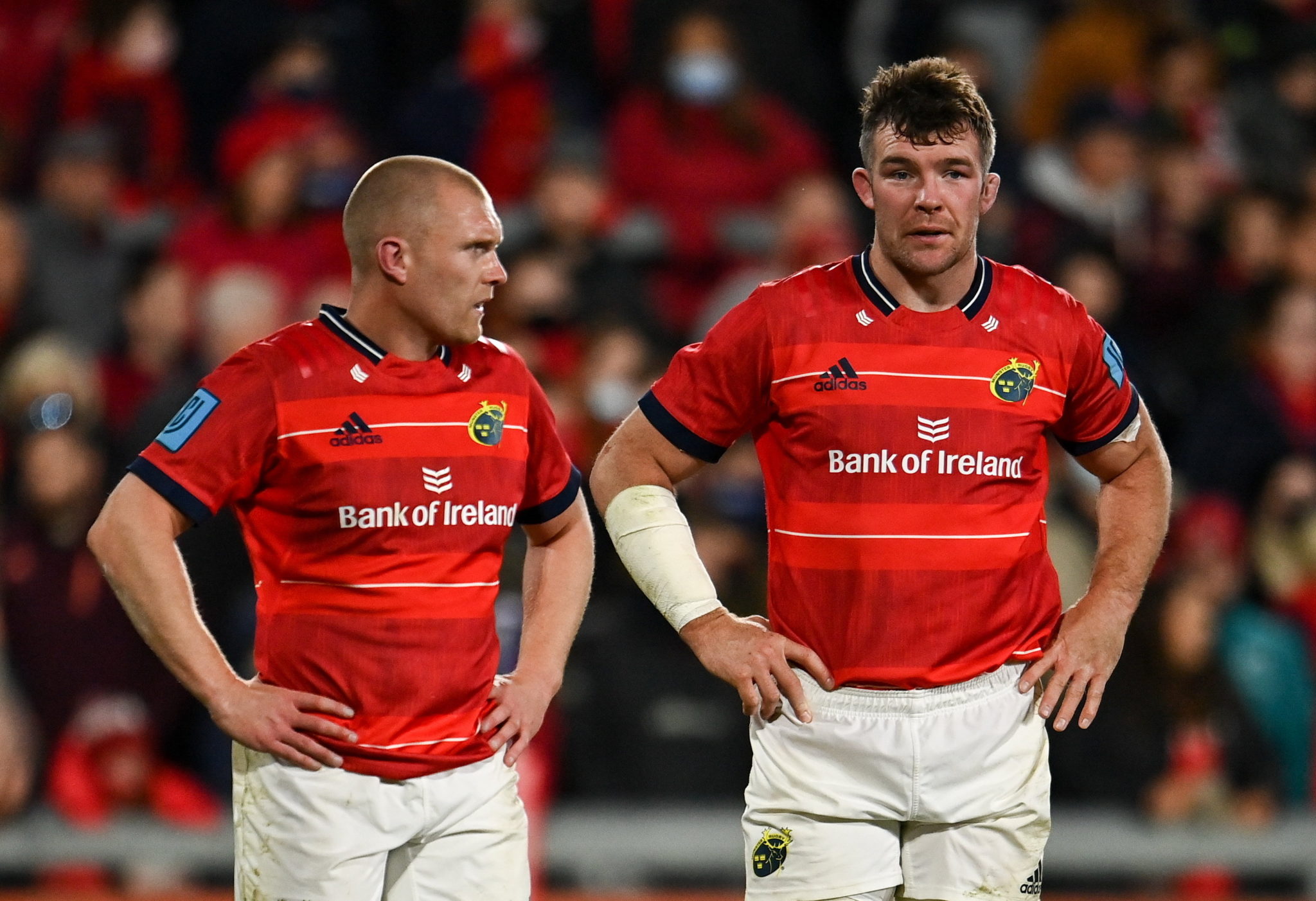 Keith Earls hadn't started a match at centre in Thomond Park since 2018, and his rustiness showed in the first half, as he was caught out repeatedly in his channel on defence. While he will be happy to have made just under 30 meters with ball in hand, this will be one birthday he won't remember overly fondly.

Calvin Nash was anonymous at best for Munster, with his most notable impact on the game being in the build up to both of the Stormers' tries in the first half, where he missed his tackles, and was found out of position.

While Haley missed three quarters of his tackles, most of those missed tackles were in the first half when the Stormers looked dominant. He made a decent amount of meters with his limited carries, but was ultimately not in the best form against the Stormers.