Munster looked to continue the Irish dominance over the new additions to the Celtic competition a...

Munster looked to continue the Irish dominance over the new additions to the Celtic competition as the faced the Sharks from South Africa in Thomond Park in their opening United Rugby Championship encounter.

After Leinster dismantled the Currie Cup champions earlier in the day, Munster hoped that they could lay down a marker of their own against South African opposition against the runners up in the premier South African competition.

The Sharks, however, were hoping to join the Lions as the only South African sides on the winning side of the URC opening weekend.

Munster got out in front early through the returning Simon Zebo, however failed to capitalise on their territorial dominance for most of the first half.

Craig Casey and Gavin Coombes' tries before half time put Munster in a better position at the break, putting the visitors on the back foot.

The hosts secured the win with a strong second half performance, placing the newbies in Europe under pressure, with only one win from four matches. 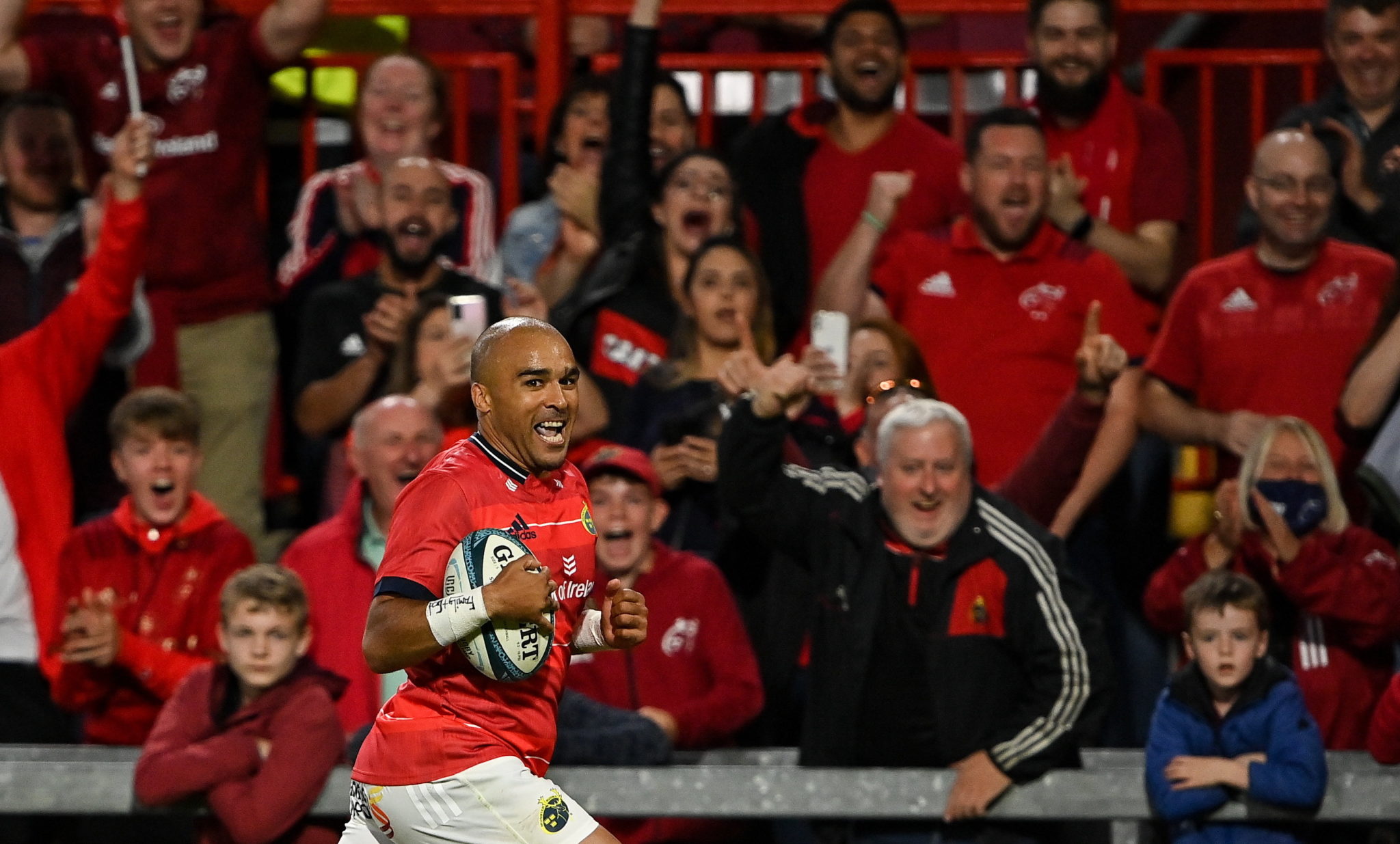 The 32-year-old prop made a good number of meters in the first half, off of only two carries. Lasting just under an hour on the park, Kilcoyne continued to dominate the Sharks up front until he was replaced by Jeremy Loughman.

While he may not have been the most dominant with ball in hand, Scannell's defensive shift in the first half was second to none for the men in red.

John Ryan had a somewhat quiet match compared to his front row teammates, not being the force on attack that Kilcoyne was, or defence that Scannell proved to be. Regardless, his performance in the set piece, as well as off the ball, put Ryan in good stead for Munster.

Coming up against his countrymen, Jean Kleyn struggled to get parity with the ball, however proved to be a force on the opposite side of it.

It was not the day for the Munster loose trio, despite the hosts being so dominant throughout the match, as Wycherley and his colleagues made little impact other than at the breakdown, which was barely under threat from a misfiring Sharks side. Wycherley had a good enough day on defence, but will want to involve himself more on attack for the remainder of the new competition. 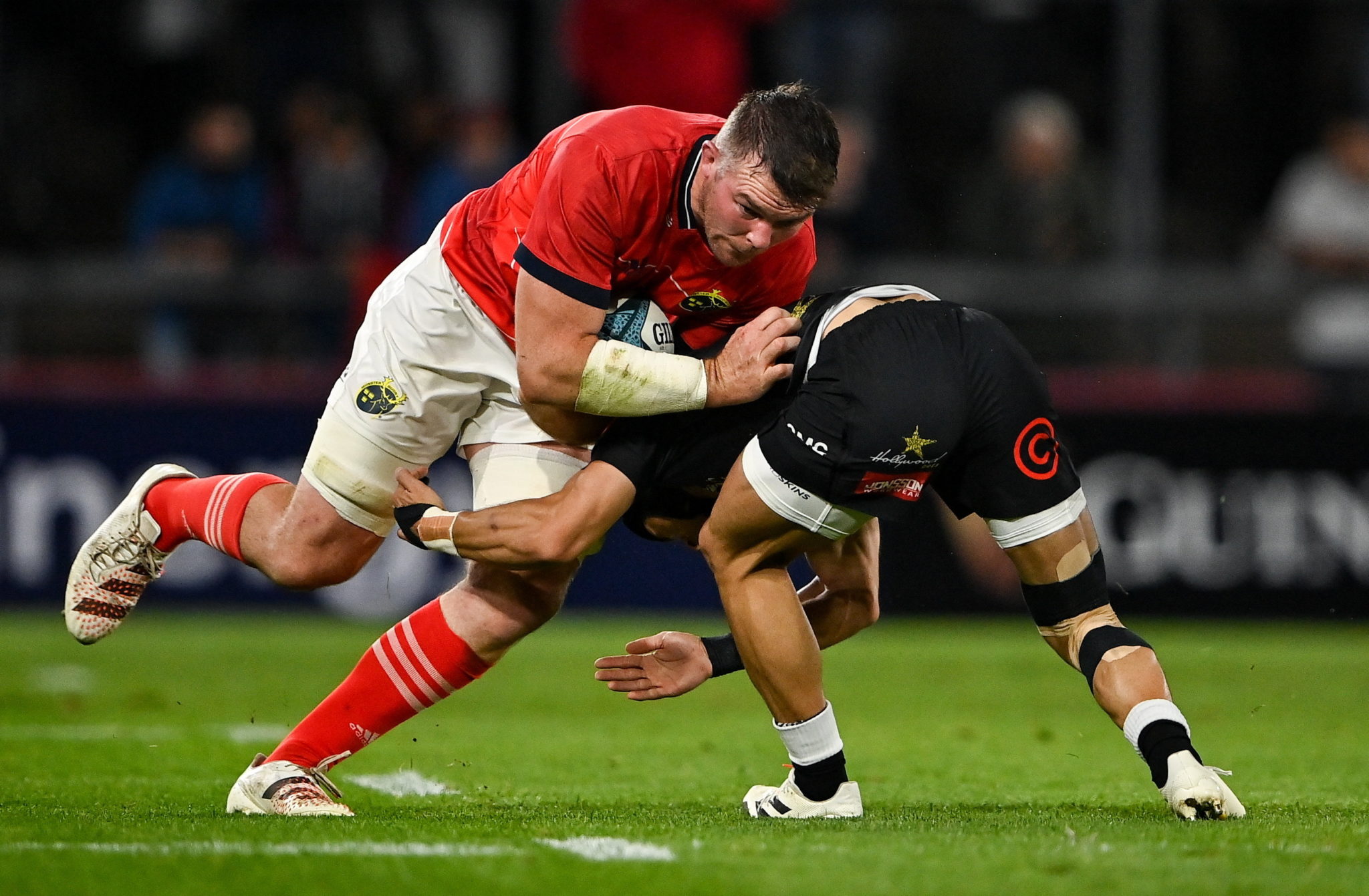 While the remainder of the home side looked to dominate the Sharks, Peter O'Mahony was unable to do the same, with his biggest impact coming on the defensive side of the ball. Perhaps the most notable moments involving O'Mahony were his constant interactions with the referee.

On a night dominated by the backline, Jack O'Donoghue was not able to make much of an impact on either side of the ball for the victorious Munster side.

Gavin Coombes continued his impressive try-scoring form, and was a good linking eighthman for Munster in the process, distributing out wide when needed, and crashing the ball up strongly as well.

Craig Casey was all over the place in the first half, getting quick ball out when it was required, and looking dangerous around the corners of the rucks. He scored from a clever snipe late in the first half, and controlled the game well from the half back position.

While he missed a few kicks at goal, Joey Carberry added to his pedigree as Johnny Sexton's next man up in green with a strong performance for Munster in their opening round of the URC. While he seldom took the ball up to the line, Carbery distributed out wide well, and got the hands into the hands of Zebo, who was electric all night. 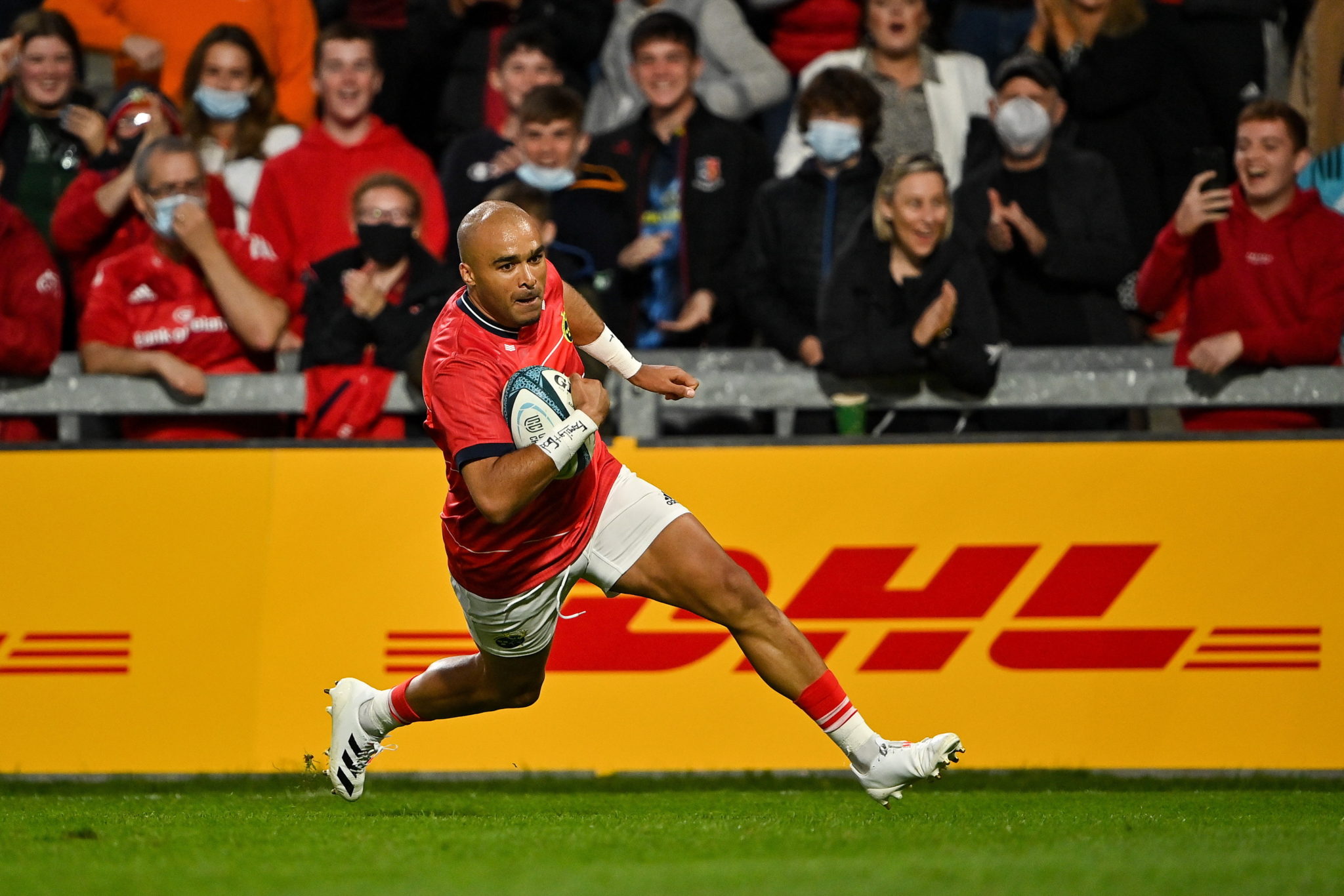 On his return to Thomond Park, it took all of six minutes for Simon Zebo to race down the touchline for his first try in three years.

At 31 years of age, Zebo had already racked up 113 meters in the first half, and continued his world-beating form for the remainder of the match, scoring a second and proving to be the difference between Munster and a South African side missing their Springboks.

Rory Scannell was the assistant to much of the magic from Munster, never really looking to do more than that against the Sharks.

Dan Goggin capitalised on the weak defence from the South African centres, racking up almost 50 metres by half time, and supporting Zebo well on his galloping runs. While he was replaced midway through the second half, Goggin would be happy with his opening game of the season. 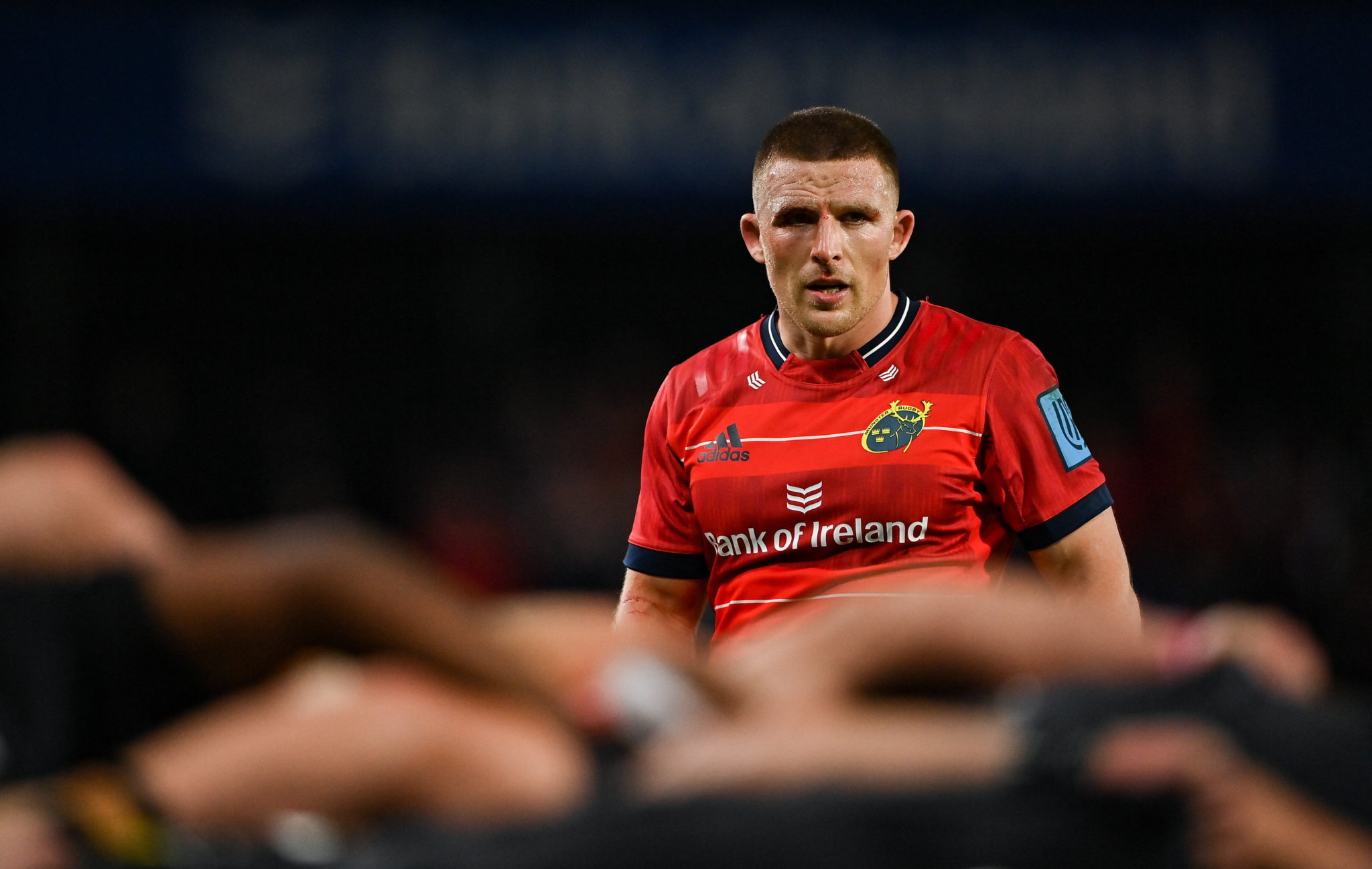 Andrew Conway made the second-highest meters throughout the night and was unlucky not to add to the Munster try-scorers with his dangerous carries.

While he was not asked to do much throughout the match, never really being put under pressure by the Sharks, Haley looked secure in the back for Munster.