Teammates at Munster for a number of successful years, Alan Quinlan is in agreement with Ronan O'Gara's assessment of the province's sorry lot this season.

Reflecting on Munster's heavy defeat to Ulster last weekend, Alan Quinlan, speaking on Monday's OTB AM, detected a distinct lack of quality in the province's current crop of forwards.

"Some of them are not good enough," he said. "That is the harsh reality of it.

"To be tonked in the manner they were at Ravenhill last week would boil the blood of a previous generation of players," he noted. "The reality, in my view, is that some people who don't know the club and the ethos put average players in positions of prominence and power." 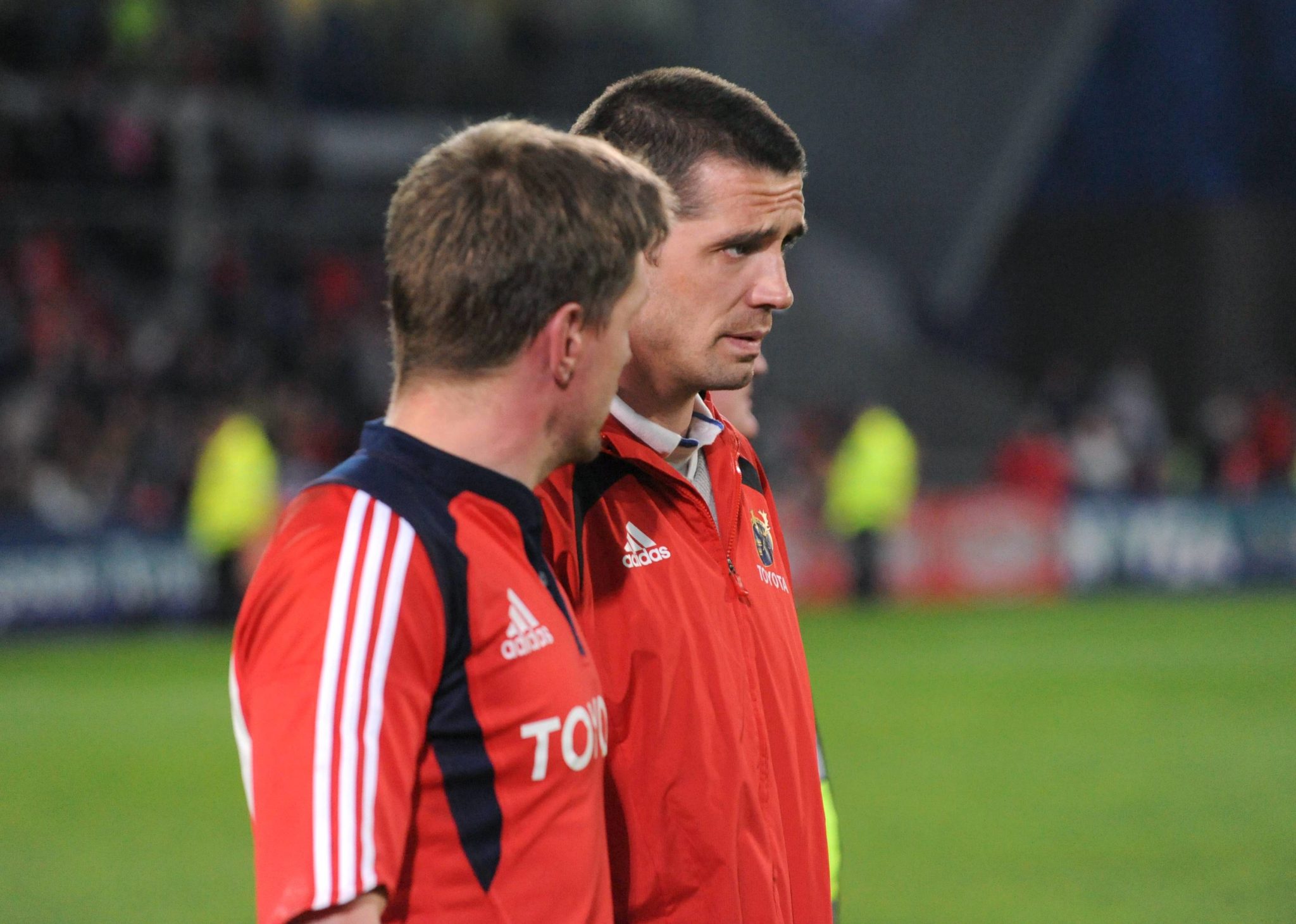 Largely in agreement with his former teammate on Friday's OTB AM, Alan Quinlan believes that the current make-up of Munster's squad is ultimately impacting upon the province's ability to develop their younger, talented players.

"But I think they're probably not making that jump as the likes of [their Leinster equivalents], which is fine, but I'm hoping there is still a year or two there for them to do it."

On the question of why the province's young talent has not developed as hoped, Quinlan was drawn back to the environment into which they are entering.

"I think it is a little bit down to numbers," he said. "If you put four, five lads into a team with 10, 11 internationals at once, then they'll develop.

"The ideal scenario is putting three young fellas in with 12 top-class internationals. They are playing in the first-team then rather than having six or seven of them playing at once in a second-string side.

"[But] you have to deal with the reality here. There is a lack of those top-class internationals across the board."

You can watch Alan Quinlan's preview of the weekend's rugby here.