Former Leinster captain Brian O’Driscoll believes that Munster have the edge heading into the G...

Former Leinster captain Brian O’Driscoll believes that Munster have the edge heading into the Guinness PRO14 final on Saturday.

Munster and Leinster will contest the PRO14 final at the RDS in Dublin at 5pm on Saturday; a match which Munster are desperate to win.

The last time Munster beat Leinster in a final was the 2011 final, where Munster won 19-9, which also happened to be their last taste of silverware in the tournament.

In recent years, Leinster have knocked Munster out of the PRO14 (or PRO12) in the previous three tournaments, knocking the out at the semi-final stage.

All of his has built up to the point where Munster are in desperate need to get a win on Saturday, according to O’Driscoll, who spoke on Friday’s Off The Ball.

Johann van Graan has named a very strong lineup ahead of the final. By contrast, Leo Cullen has opted to bench a number of internationals, in favour of the players that got Leinster into the final.

O’Drsicoll believes that each team’s selections show their intent heading into the match.

“It is full-bore from Munster,” O’Driscoll said. “They are discounting how many minutes their internationals have on the clock over the course of the Six Nations.

“They badly, badly need a trophy. I am not saying Leinster are not desperate to win this trophy as well, but I think there is a sense that they are rewarding their squad.”

O’Driscoll believes that the gap between Munster and Leinster has lessened, due in no small part to their firing backline.

“I think there is nothing between these two teams,” O’Driscoll said. “At some point if you back Munster you are going to get it right, but it is hard to back against Leinster as well.

“Their backline is incredibly dangerous, particularly with Joey Carbery playing at 10 pulling the strings,” O’Driscoll added.

“[Damien] de Allende has been an incredible signing for them, Chris Farrell has a bit of a chip on his shoulder because he is not in the international reckoning at the moment, but he is still churning out great performances for Munster.

“Likewise, Andrew Conway, Keith Earls is back to form… so I think it is an incredibly exciting Munster backline.” 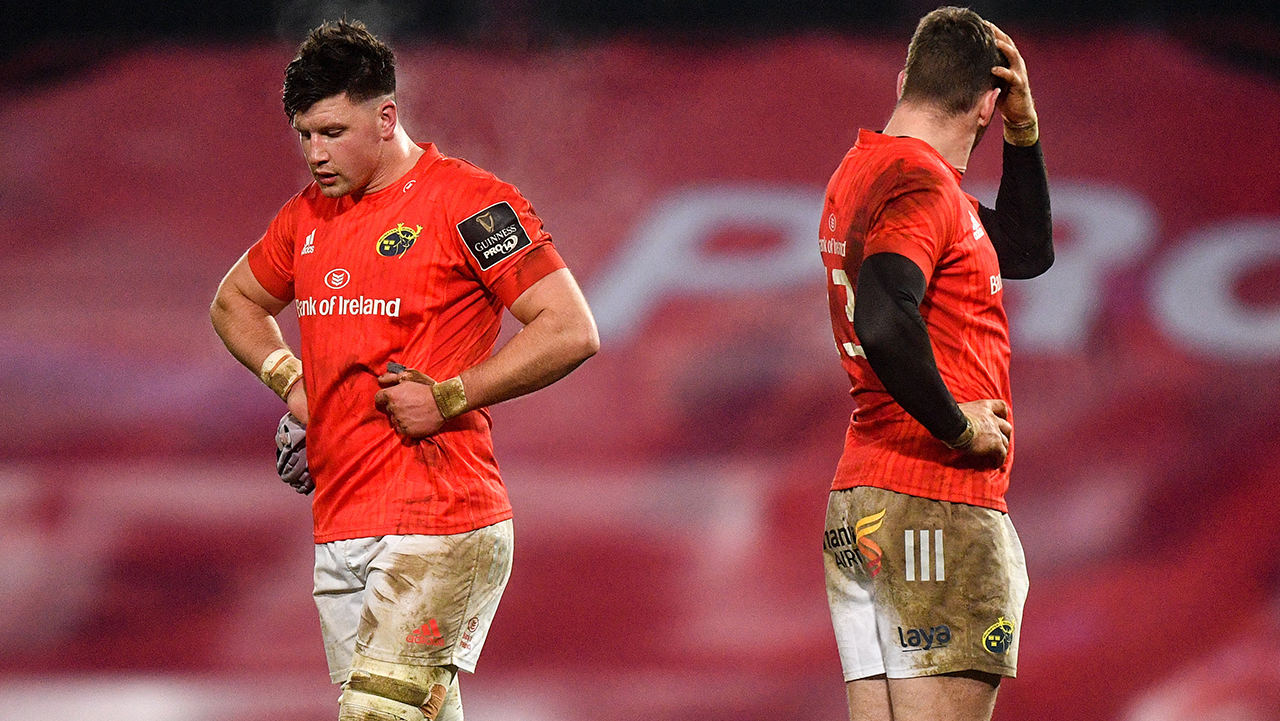 Fineen Wycherley and Chris Farrell of Munster after the Guinness PRO14 match between Munster and Leinster at Thomond Park in Limerick. Photo by Eóin Noonan/Sportsfile

O’Driscoll believes that Saturday’s final could be the turning point that puts Munster back on their early 2000s-style run of form.

“It is a break-the-seal moment,” O’Driscoll said. “It is about just trying to get one under your belt and release that pressure valve.

“I think they are almost there with it. Can they get it done? I think it will come down to the last five or 10 minutes, these games always do.

“It is all set up, but on the other hand they still need to do it; it won’t be handed to them.” 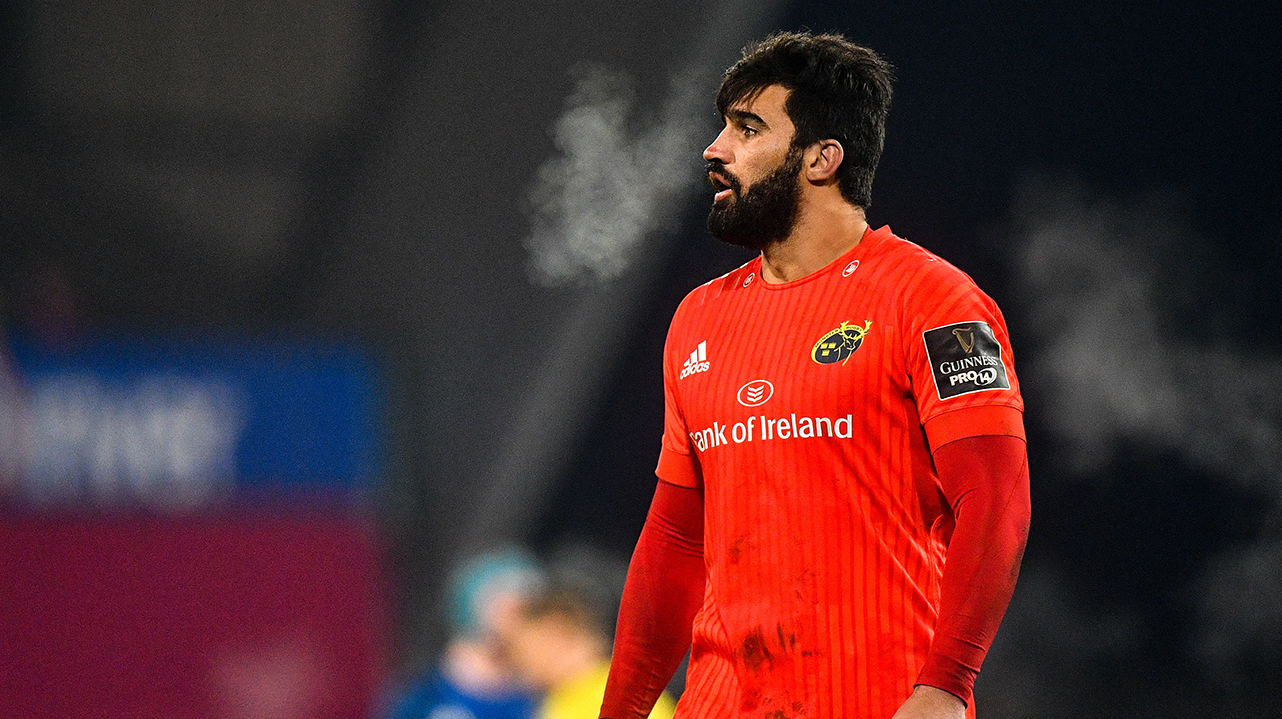 Damian de Allende of Munster during the Guinness PRO14 match between Munster and Leinster at Thomond Park in Limerick. Photo by Eóin Noonan/Sportsfile

O’Driscoll understands how a lot of the Munster players will be feeling, as he mentioned the stress that he experienced heading into Leinster’s final against Ulster in 2013, off the back of a similar finals losing streak.

“It creates a stressful situation when things get close of a necessity to just get over the line,” O’Driscoll said.

“I remember one of the most nervous I have ever been for a game was playing Ulster in the PRO12 final in 2013 maybe.

“We had lost to Munster and then we had lost to the Ospreys in three consecutive seasons and the thought of losing four in a row was just unthinkable.

“I had played in lots of big matches: Grand Slam games, very pressurised All Black games, World Cup games, but I felt this huge sense of stress on this [Ulster final] because it was almost an embarrassment.”

O’Driscoll feels that it is only a matter of time before Munster get that big win they have been searching for.

“I do feel as though Munster have a huge performance in the locker and it is coming,” O’Driscoll said.

“It will come sooner rather than later because they are a good side now.”

Johnny Sexton is still only getting better, and there's no end in sight | Brian O'Driscoll