It is only a matter of time before Ronan O'Gara becomes head coach at Munster or even Ireland, ac...

It is only a matter of time before Ronan O'Gara becomes head coach at Munster or even Ireland, according to commentators Dave McIntyre and Tim McCarthy.

O'Gara has extended his stay as the La Rochelle head coach, signing a three-year deal with the Top 14 team during the week.

In his time at Stade Marcel-Deflandre, the 44-year-old Cork man has taken La Rochelle from the bottom half of the table in France, to a Champions Cup semi-final against Leinster.

While he is still relatively young in his coaching career, McCarthy believes that O'Gara has done well to absorb any and all knowledge he can while moving to the different teams in different roles.

“What I really love about the O'Gara story is that he has learned his trade,” McCarthy said on The Saturday Panel on Off The Ball.

“He went to Racing and he was a defence coach, he did some work with the Irish team on a trip to the States as a skills coach, then he went to New Zealand and he was a backs coach.

“He has really learnt his trade before he went to La Rochelle as the head coach.”

O'Gara has an unmatched rugby IQ, according to McCarthy, which has led him to the highs in coaching that he has reached.

“What I love about O'Gara is his intelligence about rugby,” McCarthy said. “On the field he was a very intelligent player for Munster and for Ireland.

“He dominated for years rugby at the top level, particularly in the European world. What I really think is brilliant about his adaptation into coaching is that it is not easy to make that transition from being a player to being a coach at international level.

“He has made it because he has a philosophy; I love coaches that have a philosophy. His philosophy is ‘keep the ball alive’. I am not into this plan B rubbish that a lot of people talk about.”

McCarthy is confident that it is only a matter of time before O'Gara becomes a top level international head coach.

“What he is doing at La Rochelle, taking a team of nobodies and he has really made them a powerhouse,” McCarthy said.

“Is he a future Irish coach? There is no doubt about that. He is a future top class international coach. Whether it is for Ireland or some other country, time will tell.” 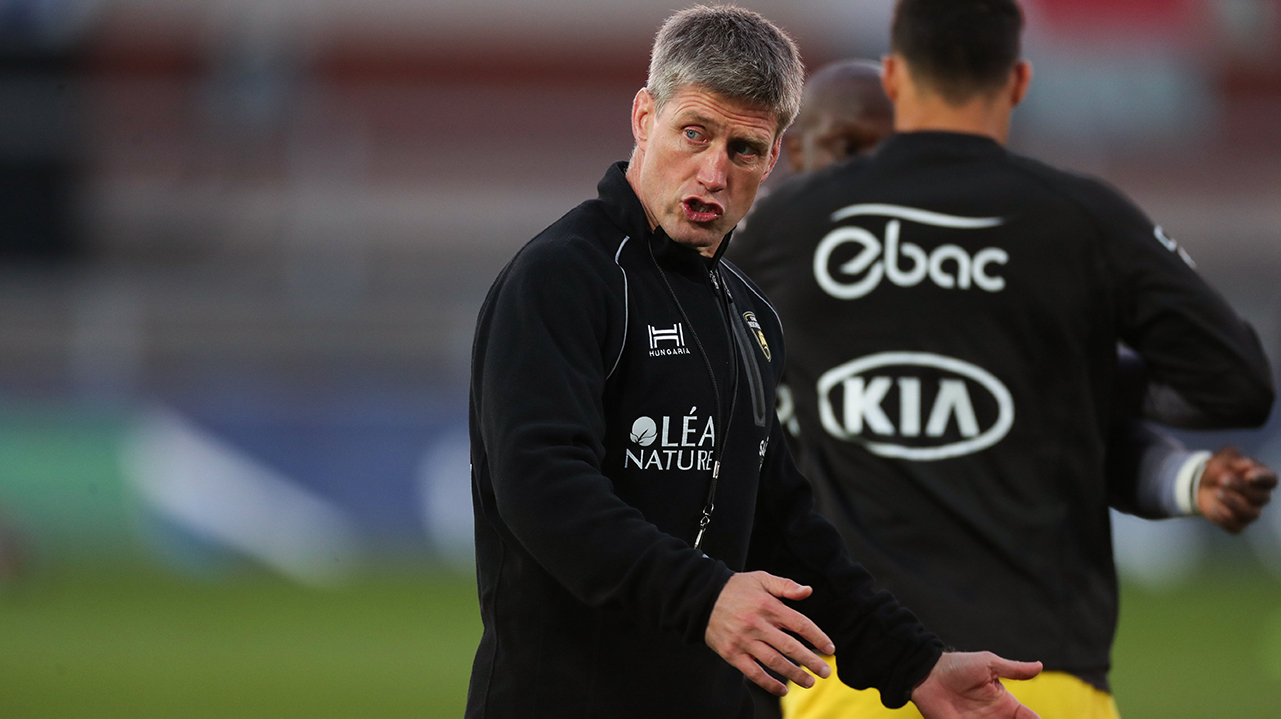 La Rochelle head coach Ronan O'Gara before the Heineken Champions Cup Round of 16 match between Gloucester and La Rochelle at Kingsholm Stadium in Gloucester, England. Photo by Matt Impey/Sportsfile

While the question of whether O'Gara would be content to coach any team below international level was lodged, McIntyre believes that coaching his former team is the ultimate coaching dream for O’Gara.

“I don’t think there is ever going to be a question if Munster is big enough for Ronan O'Gara,” McIntyre said.

“In his heart of hearts, that is the dream job eventually. I don’t think he would ever be in a position in his own mind where he would look at the job and think it wasn’t big enough for him.

“There will come a day where I think he will be the Munster head coach and I would be very surprised if he doesn’t have the chance to take over the reins as Ireland head coach.”

O'Gara has taken his time to develop as a coach before taking over a head coaching role. The decisions that the has made along the way have all fallen within his masterplan, according to McIntyre.

“One of the key ingredients to his progress to this point, outside of the talent as a coach and the pedigree he had as a player, is that he seems to have an incredible amount of patience,” McIntyre said.

“We may never find out [how many jobs he turned down], maybe in a book in 25-30 years’ time, because I think that’s how long he is going to be in coaching circles.

“I think he is going to have an Eddie Jones-type career where into his 60s he will still be one of the most sought-after coaches in the world.

“I would love to get the list of the jobs that Ronan O'Gara has turned down already at the age of 44. I suspect that the La Rochelle head coaching job was not the first that was offered to him.

“I would think that he has carefully masterminded each step along the way. He opted to stay the second year at the Crusaders, I am sure that there were offers to leave New Zealand.

“He probably, on far less money than he could have got elsewhere, realised that what he was doing was the right thing for the long term.” 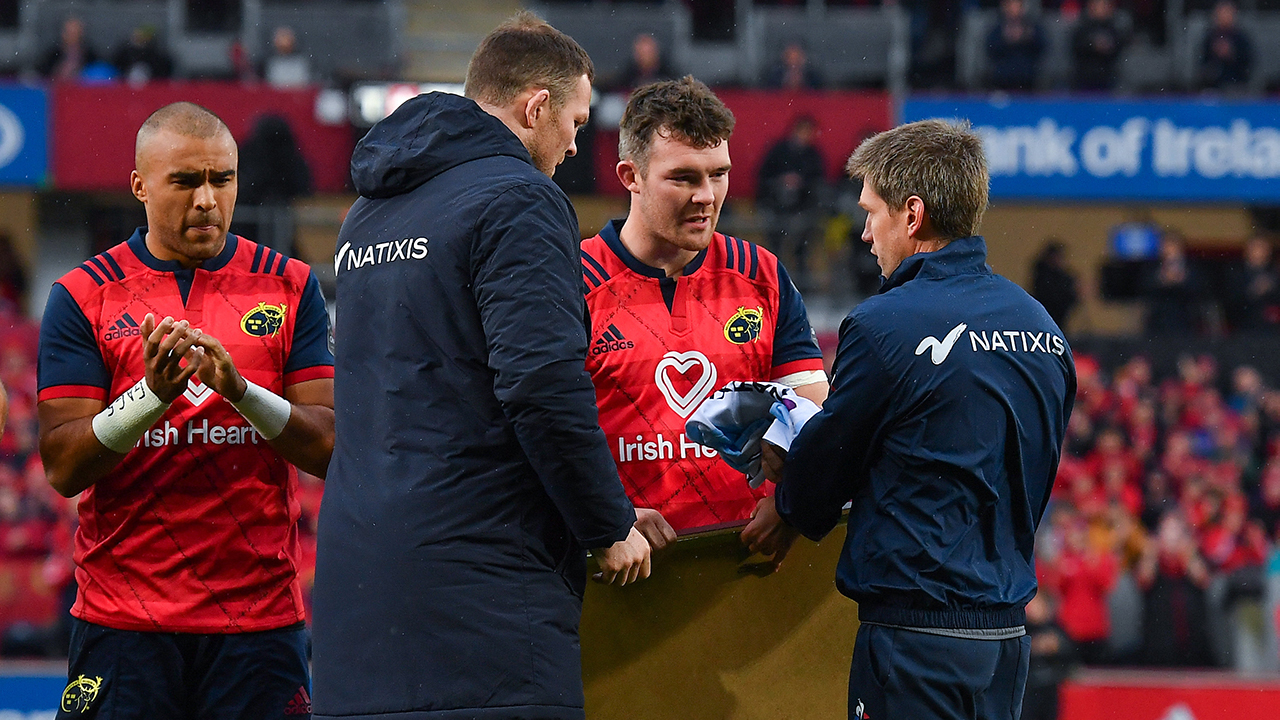 Former Munster players and current Racing 92 player and coach Donnacha Ryan and Ronan O'Gara make a presentation to Munster captain Peter O'Mahony, to mark the first anniversary of the death of Munster coach Anthony Foley, before the European Rugby Champions Cup Pool 4 Round 2 match between Munster and Racing 92 at Thomond Park in Limerick. Photo by Brendan Moran/Sportsfile

While he believes that O'Gara will soon be the head coach at Munster and will likely be given the opportunity to coach Ireland, McIntyre feels that his patience has allowed him to build an unquestionable resume that will see him last a long time as a coach.

“If he took the Munster job too early and failed, he could have done significant damage to his credentials as coach and his opportunities in later years,” McIntyre said. “The same with the Ireland job.

“If you take it too soon and it doesn’t go well, you have probably really damaged your chances of a long-lasting coaching career.

“If he wins a Top 14 championship or a Champions Cup with La Rochelle and leaves in three years and goes to do the Munster or Ireland job and it doesn’t go well, he has this incredible bank of success behind him.”

What makes a head coach? | Matt Williams on Van Graan and Munster