'Munster have to try and play a bit' | Johne Murphy

Former Munster player Johne Murphy believes that Johann van Graan's side "owe themselves a performance" in their Champions Cup clash with Toulouse.

Murphy talked of the disappointment of Munster's defeat to Leinster and explained how it can be very difficult to get over a loss like that.

"It takes you quite a while to get over a loss like the one against Leinster because those games are so important to Munster," Murphy said on Off the Ball.

"It takes a while to get over those things but this week they have to, it has to be put to bed early.

"I read some stuff saying that a few players are still a bit down about it but you can’t go into Toulouse like that. You have to get your head in the game because Toulouse are coming to play and they are a proper side, they’ve got quality all across their team and their history in this competition is almost like no other.

"It’s going to be a difficult one for Munster tomorrow." 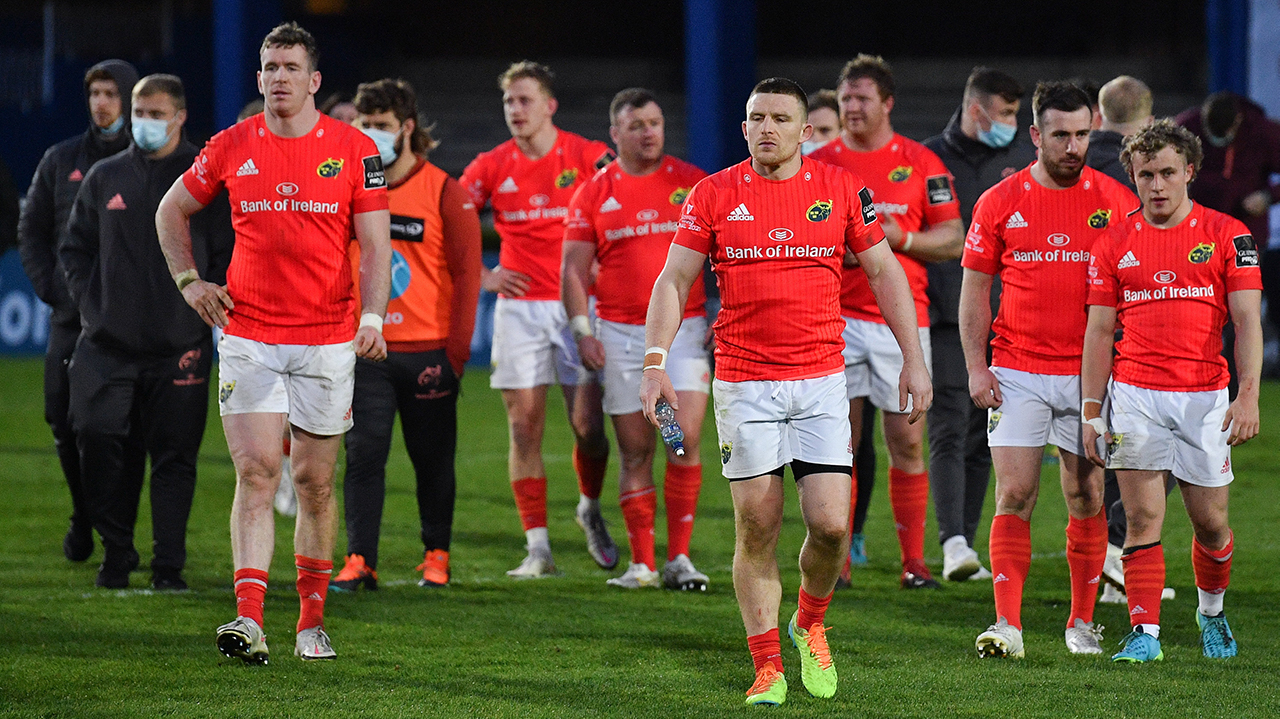 Murphy feels that Munster need to be positive in their approach to the game if they are to have any chance.

"Munster can’t go into this game and think that they are going to win by pressuring a team, by winning an aerial battle, by playing a pressure game," he explained.

"They have to go out and win it, not just let the scoreboard tick away. They have to try and play a bit.

"Over the last few years, when they get to these big knockout games, it’s like they turn conservative and they go back to their pressure game.

"Unfortunately, results have shown that they are not good enough for that so they have to go and try and win it.

"Try and do something, throw that offload, use that power play. That’s going to be very important tomorrow."

Munster vs Toulouse kicks off at 3PM on Saturday and Off The Ball will carry live commentary and reaction from Thomond Park.