How Leinster consistently broke down the Munster defence | Niamh Briggs

Former Ireland captain Niamh Briggs broke down exactly how Leinster got the better of the Munster defence in their Guinness PRO14 final.

Munster did not look as if they threatened the Leinster defence at all in their PRO14 final on Saturday.

However, this lack of spark on attack was not the most worrying aspect of Munster’s play on the day, according to Briggs.

Speaking on Off The Ball on Sunday, Briggs thought that Munster would come out with more emotion than they did against Leinster.

“We spoke [before the game] about the ability to get emotionally up for this game,” Briggs said.

“Billy [Holland’s] last year at Munster, CJ [Stander] heading home, and I thought that they would come with almost like an Ireland-England performance last week.

“That emotional hype, that ability to get you over the gainline even if you are not as physically strong as what you are up against, and they didn’t do that.” 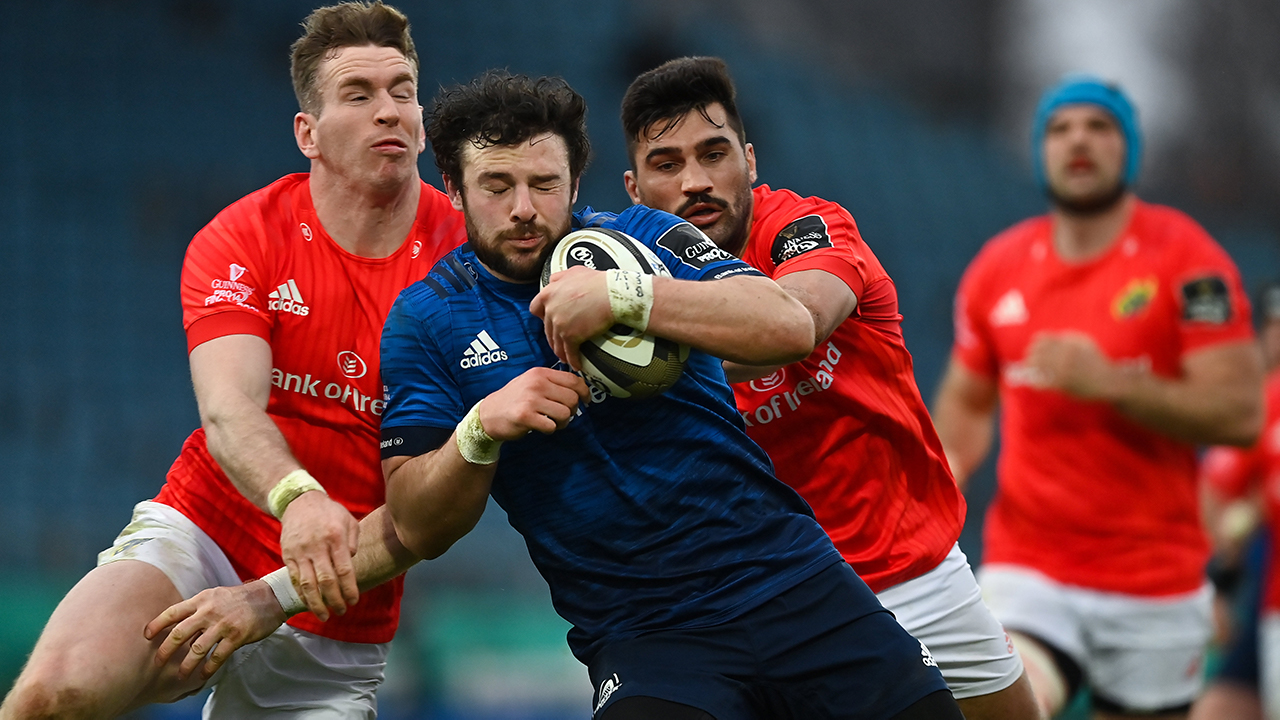 Robbie Henshaw of Leinster is tackled by Chris Farrell and Damian de Allende of Munster during the Guinness PRO14 Final match between Leinster and Munster at the RDS Arena in Dublin. Photo by Brendan Moran/Sportsfile

Briggs suggested that Munster were drawn in too many times by the same play from Leinster, and should have fixed that quickly.

“I thought defensively they were very narrow,” Briggs said. “Leinster were able to get to the edge so, so easily I thought.

“For me, how nobody from a sideline perspective or on the pitch were able to fix that as they went would be very worrying. They seemed to get caught.

“To be fair to Leinster, they run it so well, and it is [Robbie] Henshaw’s ability with ball in hand and he is so, so good at the moment, that he just makes defenders sit down because he is on fire.

“I just felt that [Munster] almost paid him too much respect and were happy enough to just sit on him.”

For Briggs, the most disappointing aspect of their loss in the final would be that Munster never even managed to fire a shot against the four-in-a-row champs.

“I thought [Damian] de Allende was caught a few time, left Chris Farrell very narrow, and then Keith Earls had to file in,” Briggs said.

“It was just a litany of poor decisions throughout the game. They never fired a shot, and I think that will be the most disappointing for the players.”

Tommy O'Donnell the latest Munster departure as back row retires