"Mixed emotions" for Griggs as Ireland reign comes to an end

The Girls in Green were 15-12 winners over Japan in the RDS on Saturday.

"Mixed emotions" for Griggs as Ireland reign comes to an end

Ireland head coach Adam Griggs admitted he had "mixed emotions" following his final game in charge of the women's team.

The Girls in Green were 15-12 winners over Japan in the RDS on Saturday with two second-half tries from captain Ciara Griffin swinging the game in Ireland's favour.

Griggs announced he would stepping away from his Ireland post after the year-ending November internationals.

Speaking after Saturday's game, Griggs explained his feelings as the curtain falls on his reign as boss.

"It's mixed emotions," Griggs said. "You see Ciara coming over and giving a hug and saying goodbye; I think that's when it sinks in."

"This journey we both took on is coming to an end, but we'll both push on with new things now. It's exciting for the future."

Griggs: "Ciara started us off and we got into a bit more rhythm"

The game also marked captain Ciara Griffin's final appearance for her country after she announced her retirement earlier this week.

Griggs also praised his side's performance after Ireland came from 12-3 down to win the game. He paid special tribute to his outgoing captain.

"The result was really important, and I guess it was fitting the way Ciara went out and played that game. She got the support of her teammates and that's what we asked from them during the week. [I'm] delighted we could come out of the right side of that." 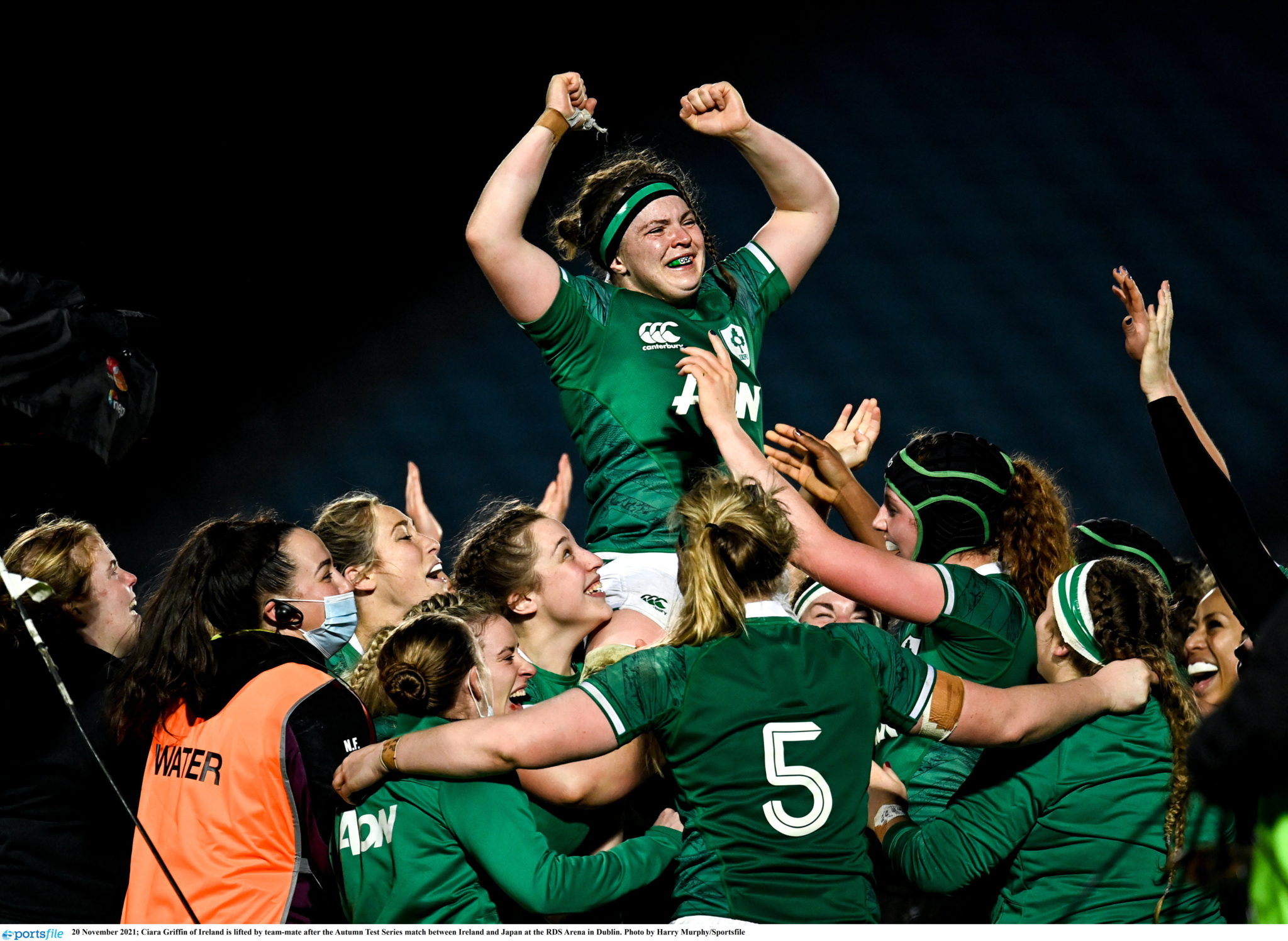 20 November 2021; Ciara Griffin of Ireland is lifted by team-mates after the Autumn Test Series match between Ireland and Japan at the RDS Arena in Dublin. Photo by Harry Murphy/Sportsfile

"In terms of the game itself, we struggled a little bit around the breakdown", Griggs continued. "We had to make sure we won the race there. If we didn't, they were very good on the ball."

"We were lucky we got to half-time; we really had to regroup and just reset ourselves."

"It was a new half. Ciara started us off and we just got into a bit more rhythm. We got a bit more flow into the game, and it helped us out."

"The support for this team has never wavered," Griggs added. "That's why these players love playing at home in front of friends and family."

"They're so vocal and so loud - it creates an awesome atmosphere. I'm sure they will support for many years to come."