"He could have killed the guy" | Quinlan condemns dangerous Tuilagi

In the aftermath of a highly contentious clash between England and Wales in the Six Nations on Saturday afternoon, Alan Quinlan focused his ire on a challenge made by Manu Tuilagi and the response of Eddie Jones to his sending-off on Monday's OTB AM.

A game of numerous talking points, Alan Quinlan took exception with a number of decisions made by members of the England team during their defeat of Wales, on and off the pitch.

Putting that opening round defeat to France one game further behind them with this 33-30 win on Saturday evening, Quinlan, who also addressed Joe Marler's interference with Alun Wyn Jones' genitals, was disgusted with Manu Tuilagi's tackle on Wales' George North.

"People were saying that Manu Tuilagi's tackle on George North wasn't a red card," a disbelieving Quinlan remarked, "but most of them are English people online.

"He could have killed the guy."

From the former Irish international's perspective, Tuilagi, a serial offender in this regard, is being somewhat enabled within an England side that are pushing the disciplinary limits.

"He is a nice fella off the field but he can be dangerous on it," he stated, "particularly with the high shots.

"[But] England are pushing it right to the edge and in the last two games, between Ireland and Wales, both referees were very, very poor regarding that physicality, that cheating and that illegality.

"They are a wonderful side and a very powerful, dominant side, and they're getting to a place now where they're using their presence and that in-your-face attitude to spook referees.

"Eddie Jones should be spoken to also. They are a very, very cynical side, and that's coming from a cynical player." 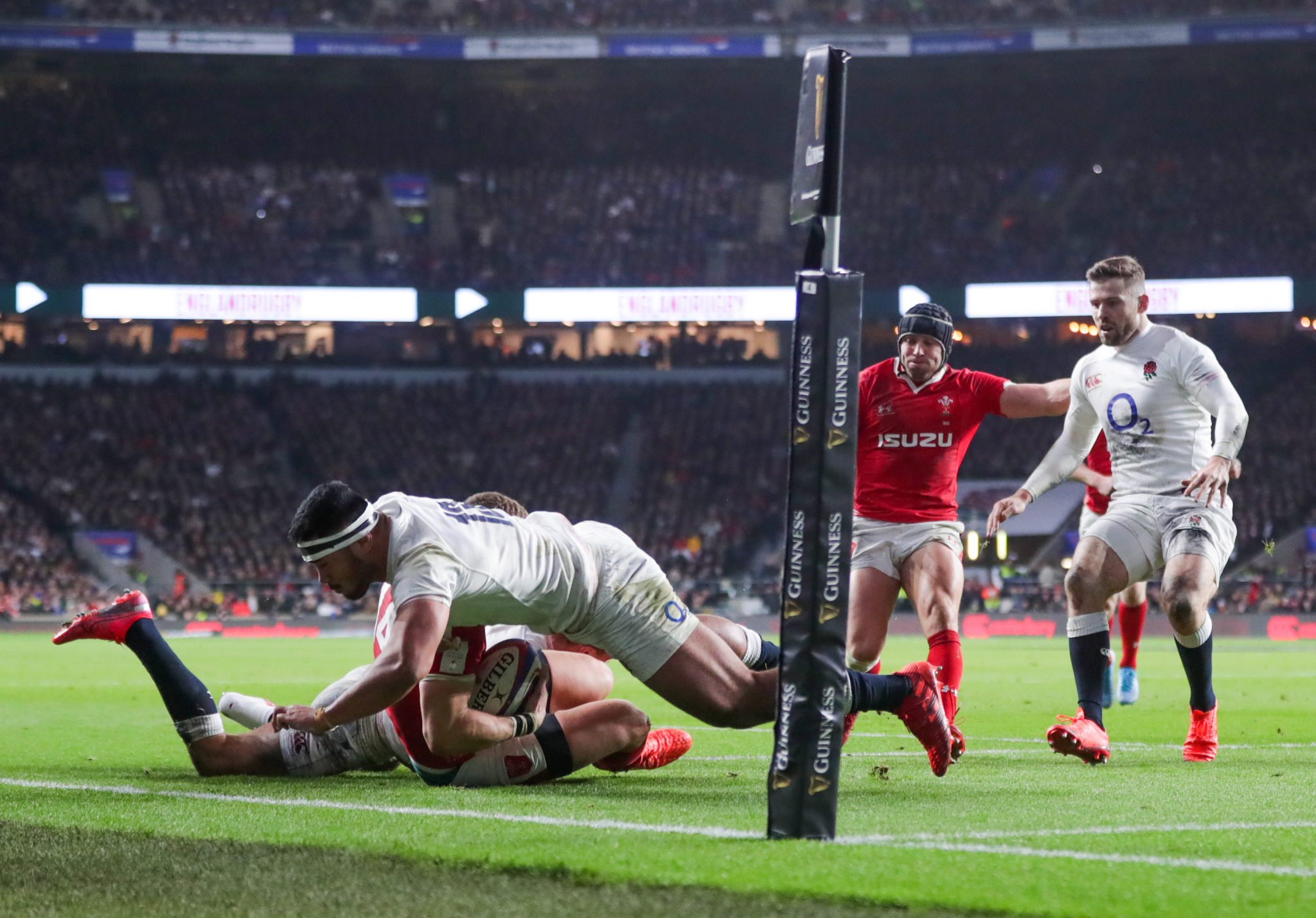 England's Manu Tuilagi (centre) receives a red card after being adjudged to make a dangerous tackle on Wales' George North during the Guinness Six Nations match at Twickenham Stadium, London.

Of the opinion that tackles such as Tuilagi's that should be to the forefront, and not the incident involving Joe Marler's interference with Alun Wyn Jones, Alan Quinlan believes that Manu Tuilagi should be served with a meaningful ban in light of this infraction.

'He was messing, even though it was wrong' | Quinlan on Marler incident
Watch: Alun Wyn Jones wants World Rugby to act after Joe Marler grope
'It was an assault' | Should the book be thrown at Joe Marler?
Here's how Ireland can win the 2020 Six Nations Championship