While doubts exist over whether or not the Six Nations will take place, Malcolm O'Kelly ran us through Ireland's second row depth chart on Thursday's OTB AM.

There was only really one question for Malcolm O'Kelly to answer when he joined OTB AM on Thursday morning to select his second row depth chart for Ireland.

Who should play alongside Leinster's James Ryan?

"We're very fortunate to have a guy like him on board," the former Irish lock noted of Ryan. "To think that he's only 24, I've never seen a second row so complete come on the scene."

Unable to do it all on his own, however, O'Kelly ran through the most likely candidate for who will play alongside Ryan in the Irish second row. 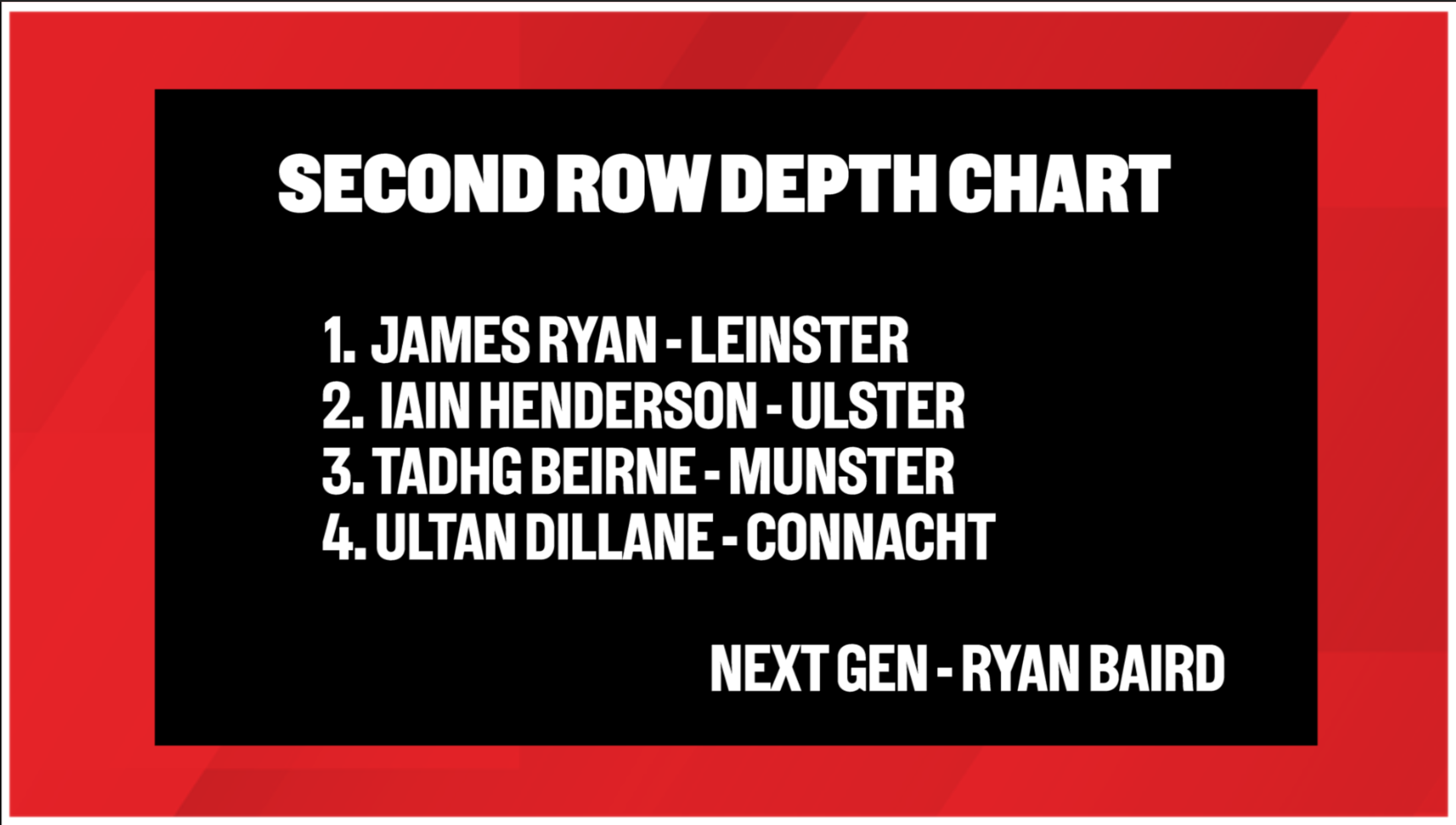 With so much in James Ryan's game to praise, O'Kelly turned toward some of what the Leinster man can do to improve.

"He's kind of at a stage now where he needs to make that step to running a lineout and taking charge of that lineout," O'Kelly insisted, "working with the likes of Leo [Cullen] or Paul [O'Connell] - I think Paul will be brilliant for him."

Highlighting the importance of picking the right partner for James Ryan, O'Kelly believes that Ulster's Iain Henderson remains best placed for this role.

"James Ryan fulfills a lot of the roles," he stated of the second row requirements, "but Iain Henderson is definitely our go-to guy here. He will call the lineouts while Ryan is still in that period of learning to call it.

"Iain was originally a back row, an incredible back-rower: huge, naturally powerful, a gifted ball carrier. It took him a couple of years to discover how to be effective in the second row, but he has really come to the fore now.

"I would see him as the obvious pairing for James Ryan."

In third place, O'Kelly does not necessarily believe Tadhg Beirne is challenging either man before him for a starting spot.

"I like Tadhg Beirne as a player," he admitted. "He is a different player to Iain Henderson.

"He's a great guy to have - and he'd hate to hear this - to come off the bench. He can change a game with a great steal on the ground and a good dynamic change."

A player who may not be expertly equipped with every skill required for the second row, O'Kelly explained why he is his fourth choice, nevertheless.

"Whether or not he would be in the matchday squad," O'Kelly speculated, "there would probably need to be an injury or if one of the other guys were being rested.

"I think there's potential for him... and he offers something a little more surprising."

One of the outstanding talents to come, the 21-year-old Ryan Baird was singled out by Mal O'Kelly.

"When I see him playing for Leinster I only think it is a matter of time before he's a starter in the second row," O'Kelly noted. "His real skill is his power and ability to break tackles.

"I think he still has a long way to go in terms of his rugby brain and he should be given a certain amount of time to fit in, to learn and be patient."

'Enjoy this weekend, it might be the last' | Keith Wood on rugby's perilous state