Ireland needs to be less passive on defence, no one more so than James Lowe, according to former ...

Ireland needs to be less passive on defence, no one more so than James Lowe, according to former Irish flanker Alan Quinlan.

Ireland’s defence has been criticised for being too passive for a number of weeks, as they have given up some soft tries after going ahead on numerous occasions.

One player that has been criticised the most for his defence, though, particularly after letting slip two tries against Scotland, is Leinster’s James Lowe.

Speaking on Monday’s OTB AM, Quinlan hoped that Lowe can fix his defensive struggles.

“I would hope it is fixable,” Quinlan said. “It is a tackle technique, and maybe it is just an urgency or a mentality [issue].

“Ronan [O’Gara] was saying that yesterday, that maybe it is the way he plays; that free-flowing game and maybe that effects the amounts of tackles he has to make when he plays in the blue jersey.

“He is a very physical player, so he’s not shy of contact, so it is not something that he is a bit soft underneath.

“I think he needs more urgency; he probably needs to be sharper and fitter at that level.”

Quinlan believes that Lowe is not looking like himself in the national side, most likely because he is too used to playing in a dominant Leinster squad.

“We have seen flaws exposed at this level,” Quinlan said. “He has been punished for his mistakes.

“He had a couple of poor reads in the Welsh game, he grabs Brice Dulin for the [Damian] Penaud try, the second French try, where he needs to smother him there and kill the ball.

“Yesterday he was much too high on Huw Jones and he has to smash him there.

“He just doesn’t look himself,” Quinlan added. “He is just lacking something at the moment.

“I am always wary of casting players aside… [but] do you persevere with him? I don’t know.

“I think it is very difficult for him to be selected again next week; maybe it will do more harm than good.” 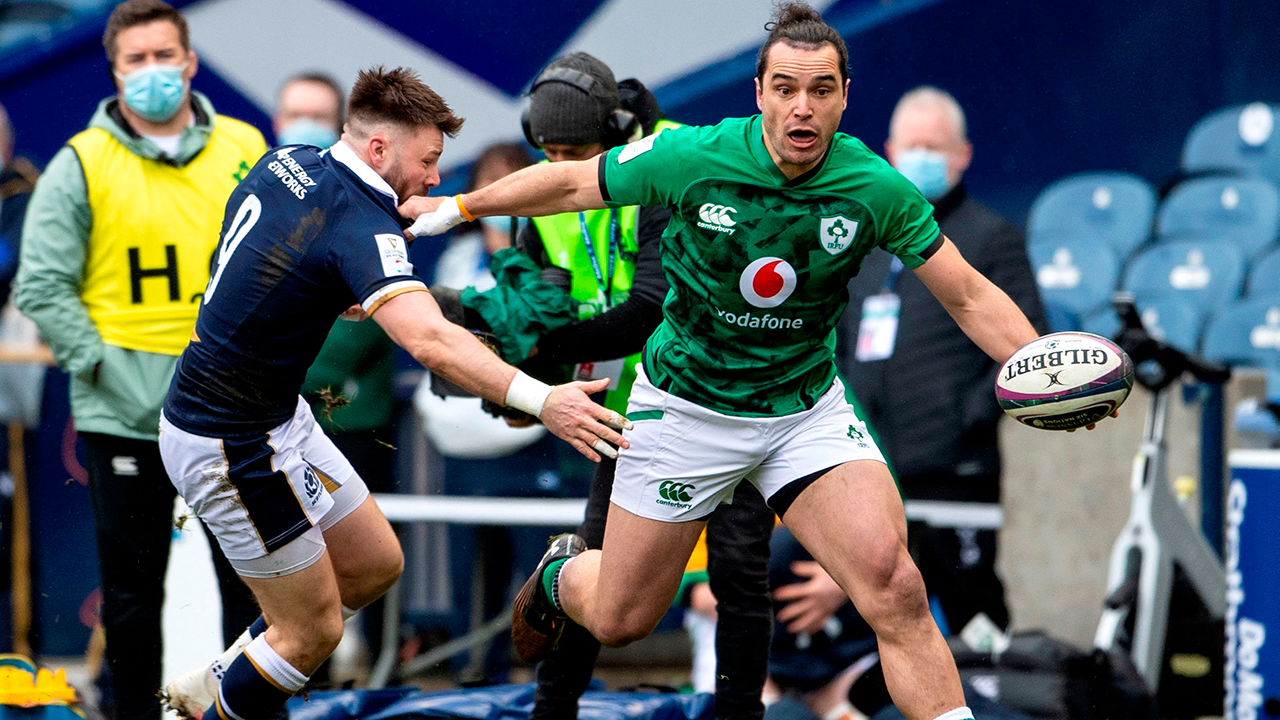 James Lowe of Ireland is tackled by Ali Price of Scotland during the Guinness Six Nations Rugby Championship match between Scotland and Ireland at BT Murrayfield Stadium in Edinburgh, Scotland. Photo by Paul Devlin/Sportsfile

Ireland have an issue with passive defence

While he believes that Lowe needed to be more proactive on defence, Quinlan does not think it is just the winger that needs to look at his defensive commitment.

“It was passive defence, and they are on the back foot,” Quinlan said. “Maybe it is the system that is not helping him either.

“Scotland had a scrum, [Finn] Russell had gone off the field and they were still 14 points behind.

“They work it from right to left, and Robbie Henshaw ends up making the tackle near the Ireland 10m line in their own half; scrambling across the field to put [Duhan] van der Merwe into touch.

“I remember looking at that one thinking, ‘why are we so passive?’ We are not coming forward, we are literally turning our bodies to the touchline and saying: ‘play away, run forward and make eight to 10 yards’.

“The numbers are there so that they are not making a clean line break, but they are making massive inroads.

“I couldn’t believe how passive it was.” 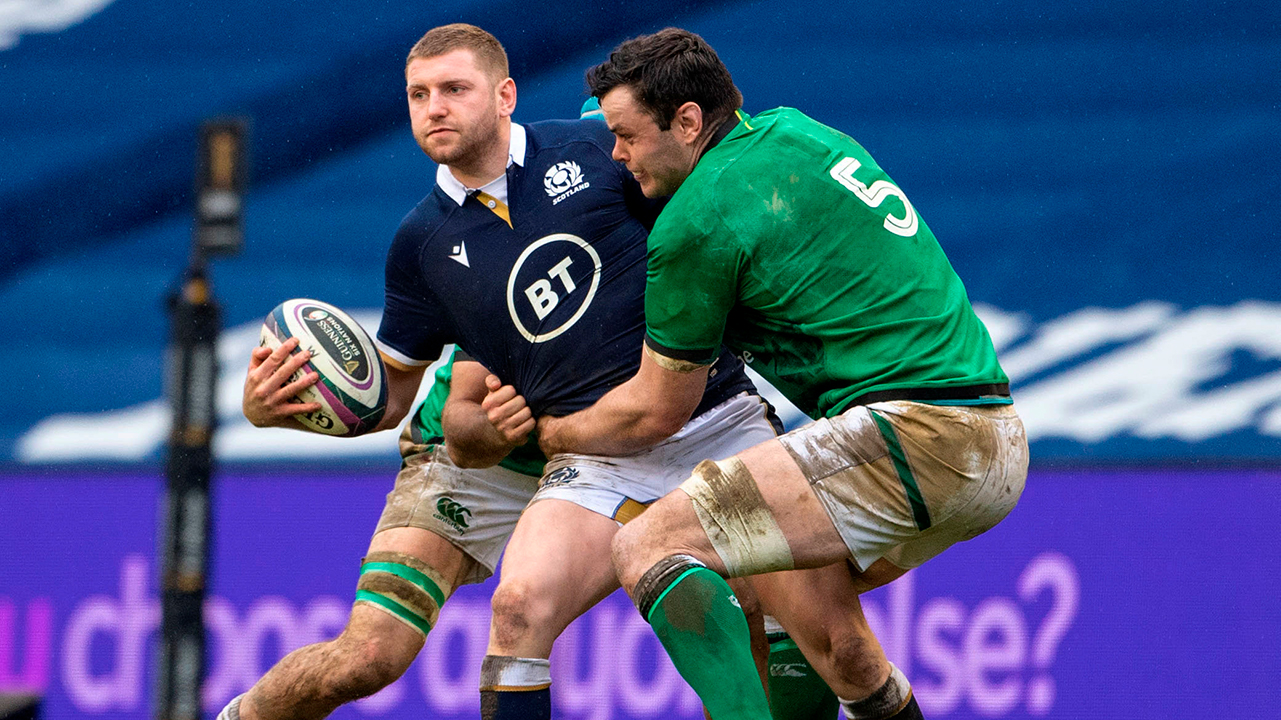 Finn Russell of Scotland is tackled by James Ryan of Ireland during the Guinness Six Nations Rugby Championship match between Scotland and Ireland at BT Murrayfield Stadium in Edinburgh, Scotland. Photo by Paul Devlin/Sportsfile

Quinlan has noticed Ireland’s passive defence as a theme that has been present in most of their matches during this Championhsip.

“The idea defensively is that if you are down numbers, you push the opposition towards the touchline and then hopefully get the numbers even,” Quinlan said.

“But, we are kind of running backwards. Simon Easterby, the defensive coach, will be frustrated with that.

“Andy Farrell, the defensive coach for this team for years, will be frustrated with that.

“You have to be more proactive going forward there and not let the opposition run out.”

While Quinlan did notice some moments of dominance from the visitors to Murrayfield on Sunday, it was the defensive structure that he felt let Scotland back into the game.

“Most of the defence was good in the early parts of the game,” Quinlan said.

“The top teams will smother out the opposition. At 24-10, of course Scotland are going to throw the ball around.

“Sometimes it is hard, you have to weather the storm for a period of time, but Ireland were just too soft there.”