The British and Irish Lions started their much-anticipated three-match test series against the wo...

The British and Irish Lions started their much-anticipated three-match test series against the world champions Springboks on Saturday, looking to shake off the ghosts of 2009 with a victory.

In a series interrupted by COVID-19, unrest in South Africa, talk of water carriers, a leak in the Lions camp and TMO distrust, the stage was set for a massive test for both sides.

After having only played one test match since the 2019 Rugby World Cup final, and another quasi-test in the guise of South Africa 'A', the Springboks were looking to shake the idea that they were rusty and undercooked.

The tourists, on the other hand, were hoping that their form against the provincial sides would translate into test success, as they have been dominant in all but that SA 'A' match on tour.

The Lions were hit with some last minute injury concerns to prop Wyn Jones, ruling him out of the test, taking away one of the players that was dominant against the Springbok front row in the SA 'A' match.

Both teams started off looking to gain the ascendency, feeling each other out in all aspects of the match in the opening 10 minutes.

After a very cagey opening 10 minutes, Handre Pollard got South Africa on the scoreboard with a penalty, after the Lions did not roll away at the breakdown.

The two sides then traded penalties, with the hosts keeping their three-point lead after the opening quarter of the match. However, with half an hour played, two penalties for Pollard brought the Springboks out to a nine-point lead heading into the final stages of the first half.

The difference in consistency between both sides' kickers proved the deciding factor in the first half, as Dan Biggar and Elliot Daly each missed a penalty, while Pollard remained at 100% throughout the half, taking the hosts to half time maintaining their nine-point lead. 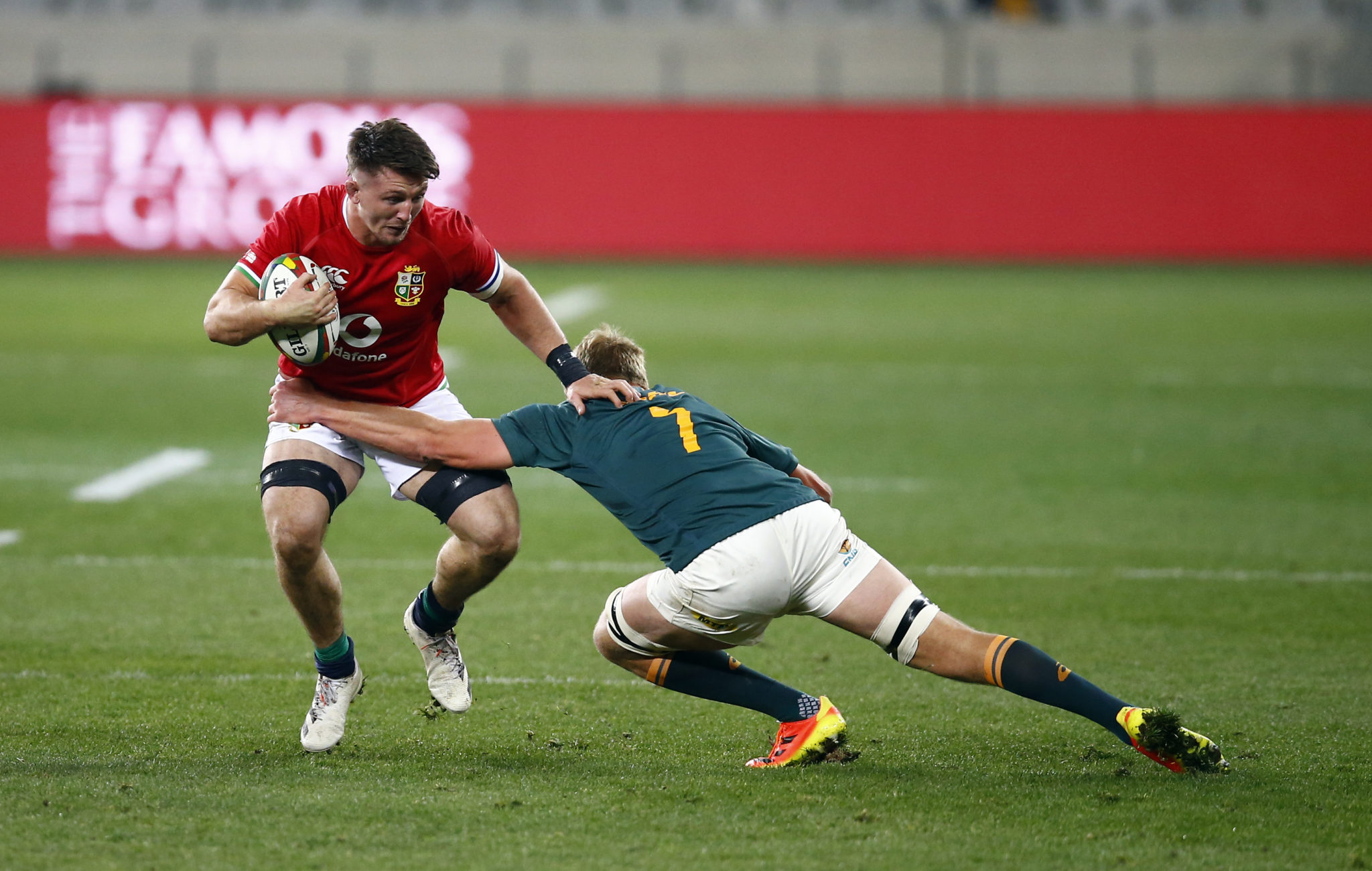 The Lions came out of the sheds firing in the second half, winning an early couple of penalties that put the tourists into the five metre line, before Luke Cowan-Dickie capitalised on the field positiona nd the maul to score.

Biggar shook off his kicking woes to take the Lions back within two points in the opening five minutes of the second half.

The Springboks were close to scoring just minutes late, however TMO Marius Jonker ruled that Willie le Roux was in front of Makazole Mapimpi when he chipped the ball on.

Jonker was called into action again for a second time when Faf de Klerk appeared to have scored, with Jonker agreeing that the ball did not travel forward, thus awarding the try to de Klerk.

Pollard missed the conversion, allowing the Lions to come back within a point after Biggar slotted another two penalties with less than half an hour left of the match.

With an hour gone on the clock, the South African discipline continued to falter, allowing Biggar to put the tourists into the lead for the first time in the match with another penalty.

They held on to the narrow two-point lead for the majority of the second half, with South Africa being denied on several occasions by the TMO.

With two minutes left in the match, Owen Farrell took the tourists out to a five-point lead with another penalty for the Lions.