BBC Scotland’s Andy Burke explained why so many Scottish rugby fans have disassociated themselves from the British and Irish Lions over the last two decades on Thursday’s OTB AM.

Scotland has been severely underrepresented in the Lions tours in recent history, with only 17 players across the previous five tours, with a total of 21 representatives on the tours since the start of the century.

This means that, of these 17 players, only four of them had travelled on multiple tours, and only Gordon Bulloch (2), Chris Cusiter (1), Ross Ford (1) and Richie Gray (1) managed to earn test caps.

Burke believes that this lack of Scottish representation has left a divide between the Lions and the Scottish supporters.

“In recent tours, the relationship between Scotland and the Lions has diminished to the point where you now have a generation of Scotland fans who have no connection with the Lions,” Burke said.

“Especially when it comes to the test series, they don’t see their Scottish heroes involved and there is no real buy-in for them.”

This relationship with the Lions is in stark contrast to those that of those that lived through Scotland’s heyday in the ‘90s.

“Guys like me who grew up with the ’97 tour where Scots had a huge influence, I love the Lions, it is one of my favourite aspects of international rugby,” Burke said.

“A lot of guys haven’t got that sort of thing to cling on to.”

With this year’s Lions tour set to the first to be hosted in the northern hemisphere, Burke believes that the results of the next couple of weeks of the Six Nations will have major Lions implications.

“In terms of this summer, I think Sunday is a huge game in that Lions context,” Burke said.

“It is a huge game for both teams in terms of where their Six Nations go. If Ireland lose, then that one from four and that is a bit of disaster by Irish standards.

“If Scotland lose then it is looking like it is another one of those Six Nations that just starts to get away from them.

“Warren Gatland probably isn’t going to be cherry picking too many players from a team that finished fourth or fifth in the Championship; that goes for both Scotland and Ireland.” 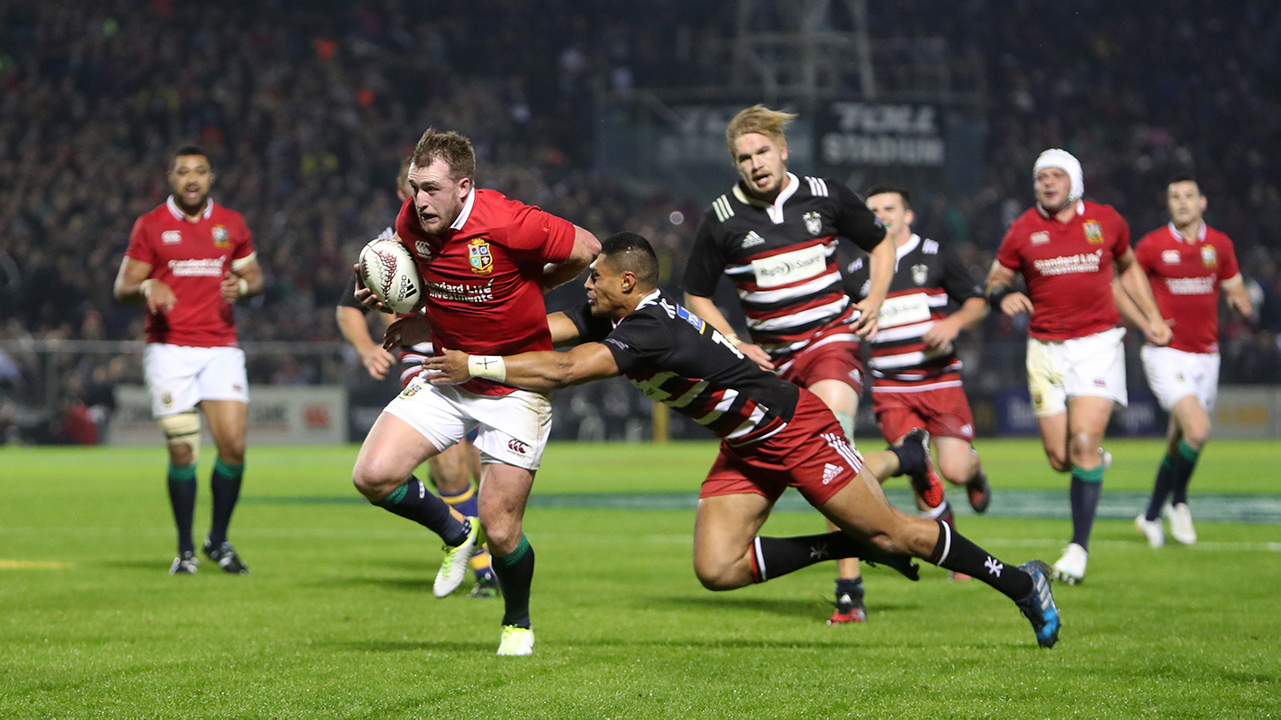 British and Irish Lions' Stuart Hogg breaks a tackle during the tour match at the Toll Stadium, Whangarei, New Zealand.

After their first win over England in Twickenham since 1983, and their unfortunate loss to Wales in this year’s Championship, Burke thinks that Scotland should be well represented in Warren Gatland’s squad for South Africa.

He particularly thinks that the work of the Scottish forwards cannot be overlooked by the former Ireland and Wales coach.

“I would like to think that there are more guys that are putting their hands up, certainly in the pack of forwards,” Burke said.

“In the tight five, certainly, there are more guys that you could see in that red jersey.

“[Players like] Rory Sutherland in the front row I think has got a real shot; Zander Fagerson’s ban has probably damaged his chances, but you would like to think Gatland knows what he could do.

“Johnny Gray seems to have gone to a new level since he has been at Exeter, and then you look at the back row guys.

“Hamish Watson, if he doesn’t go, I think there is something far wrong; I think he was unlucky four years ago.

“I think Jamie Ritchie is looking like a real class act as well.”

With a lot of players ready to make the step up, Burke believes that the conclusion to the Six Nations will ultimately decide who gets the nod from Gatland.

“In the backs, Finn Russell, Stuart Hogg and a couple of others, you would hope those guys had a chance,” Burke said.

“I think there are plenty of candidates that are capable in my eyes of stepping up and becoming Lions, but I think a lot depends on how these next two or three weeks pans out.

“Warren Gatland will want some guys bouncing into that Lions camp coming off a really strong Six Nations.”