With the start Rainbow Cup almost upon us, here is what Irish rugby fans need to know about the South African Super Rugby teams. This week, get to know the attacking DNA of the Lions.

When all four teams have been introduced, this South African writer will explain from their perspective why the Bulls are the Leinster of South Africa, while the Sharks could be compared to Munster, the Lions are comparable to Connacht and the Stormers are similar in some ways to Ulster.

The Bulls are the biggest threat to the Irish sides, heading into the Rainbow Cup as champions of South Africa.

From the heart of the Big Smoke, iGoli, Jozi or as the rest of the world know it, Johannesburg, the Lions are historically the most troubled of the four Super Rugby franchises.

Prior to the start of the Super 12, which was the beginning of Super Rugby, the Lions, then known as Transvaal, were forced to amalgamate with a number of unions from across the country, including the Free State Cheetahs, to form the Cats.

Despite several objections from players and administrators alike, the ill-fated Cats remained in existence between 1998 and 2005, after which the Lions and Cheetahs joined Super Rugby in earnest and were in desperate need to catch up with the other franchises.

The Stormers are looking for balance between their attacking and territorial games.

They were unable to catch the other franchises for a number of years, and even the inclusion of John Mitchell as head coach could not save the Joburg side from relegation from Super Rugby in 2012.

The Lions had a resurgence under Johan Ackermann, who took over from Mitchell and brought the Lions back into Super Rugby in 2014.

Despite featuring in three consecutive finals from 2016-2018, including an unbeaten 2017 season en route to the final, the Lions have yet to lift the Super Rugby Trophy, and have since fell back to their form prior to 2015. 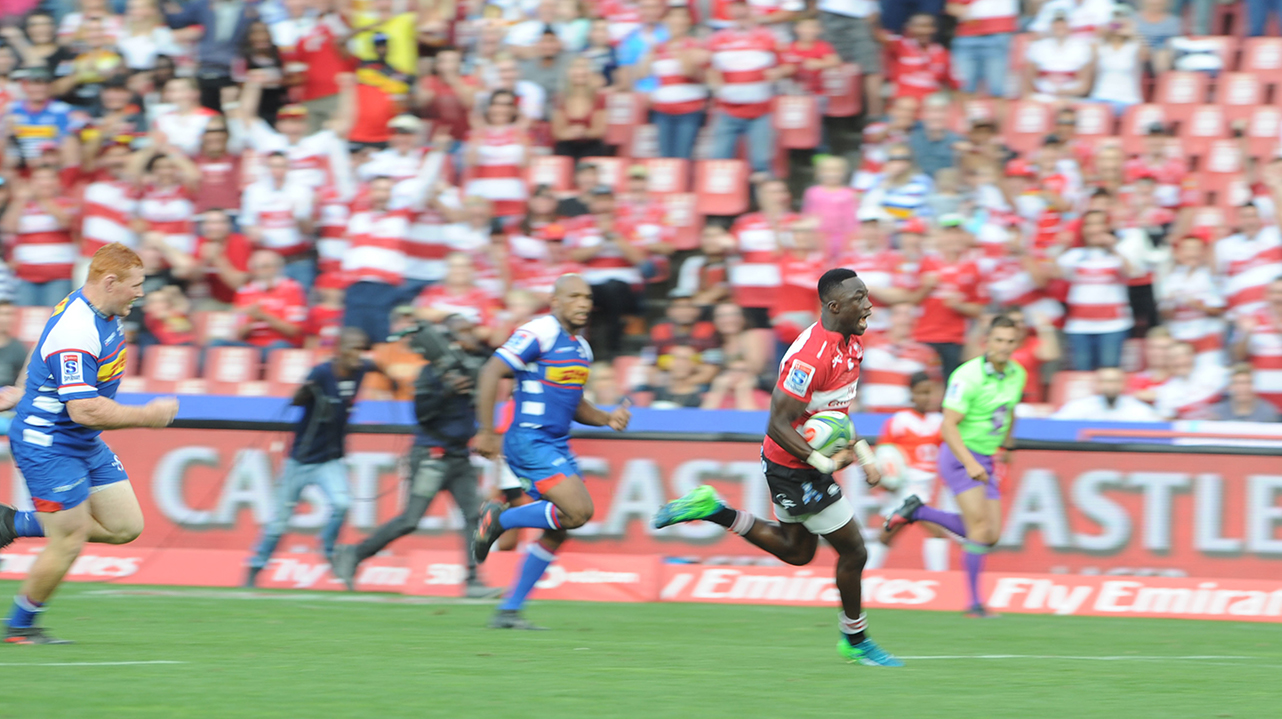 Changing the way the Lions play

Speaking to OTB Sports, Lions head coach Ivan van Rooyen believes that the Lions will need to adapt to a new way of playing, as their all-out attack and fast-pace gameplan is not best suited for the Northern Hemisphere.

“We are fully aware that defence, set piece and a kicking game are pretty big rocks in Europe,” Van Rooyen said.

“We felt that we needed a better balance overall, so we have slightly adjusted our game.

“To be honest we are known for our attacking game here in South Africa, so we know that we had to make one or two changes.

“We are expecting a tough challenge, so for us it is the ability to adapt or to enforce what we want to do.

“Currently in South African rugby there is a big emphasis on defence and line speed and all of that, so we are aware of and have planned for two or three different gameplans.”

The Sharks are hoping that their 'youthful experience' will prove the difference ahead of the competition.

As Johannesburg is on the highveld in South Africa, teams travelling to the Lions have had to deal with the effects of altitude on the game.

Van Rooyen knows that this advantage will not be available to his side for much of the Rainbow Cup.

“Coming to Joburg at altitude, we either kick the ball a little further or we run it a little bit more here,” Van Rooyen said.

“Having a couple of good friends in Europe and the teams we are going to be playing against, we are fully aware that you play Connacht at 9 o’clock at night, it is not the beautiful 26 degrees that it is in Joburg.

Where the South Africans have an advantage

South African teams are used to travel, with their closes international rivals being a 14-hour flight away in the Southern Hemisphere.

The new competition will see a benefit added to the South African teams, according to Van Rooyen, as there will be no need to adjust to new time zones like they used to when heading to Australia or New Zealand.

“In Super Rugby we would be travelling on Monday, Tuesday and Wednesday, have an eight- or nine-hour jetlag that took about a week to a week and a half to get over.

“Going to Europe, there is only travel fatigue, and the worst case it is about two hours difference. We are used to jetlag, so that is nice.”

Watch the latest episode of our Women’s Six Nations on OTB in Association with Guinness here:

The youngest team in the tournament

The Lions have one of if not the youngest side out of the South African teams, and likely out of the entire Rainbow Cup competition. Van Rooyen hopes to use the benefits of youth to his advantage.

“We would be foolish to say that we have quite a young squad, apart from a Willem Alberts, Jannie du Plessis and probably a Jaco Kriel,” Van Rooyen said.

“That also bring enthusiasm, probably a bit of naivety to be honest, but we pride ourselves on hard work and the one thing that the youth have is the ability to get repeated efforts.

“We have to learn quickly to catch up with experience.”

Although he knows that it will be a challenge for the Lions’ youth to compete in the Rainbow Cup, Van Rooyen believes that the close-knit nature of the side will stand them in good stead.

“We are quite big on culture,” Van Rooyen said. “Joburg is quite a tough place to come into training, and to live here.

The Rainbow Cup kicks off with a series of local derbies, before the South African franchises are expected to invade Ireland, Scotland and Wales in late May.