The Vodafone Women’s Interprovincial Championship is set for a title decider next week as Munster and Leinster both maintained their unbeaten runs on Saturday.

After a narrow 17-12 victory over Connacht in The Sportsground in round one, Leinster cruised past a lacklustre Ulster side in round two, running 11 tries past the northerners to win 57-12.

Ella Roberts scored a brace on her first start for the defending champions, while Michelle Claffey added a brace to the one that she scored a week ago to help Leinster earn their first home victory since 2019.

Ulster were unable to contain their hosts from the first whistle, as Leinster's first try came in the first three minutes, however the visitors were able to sneak back two tries of their own.

Ilse van Staden and Taryn Schutzler would cross the whitewash for the visitors, with Jemma Farrell adding one of the conversions to bring the visitors' total to 12. 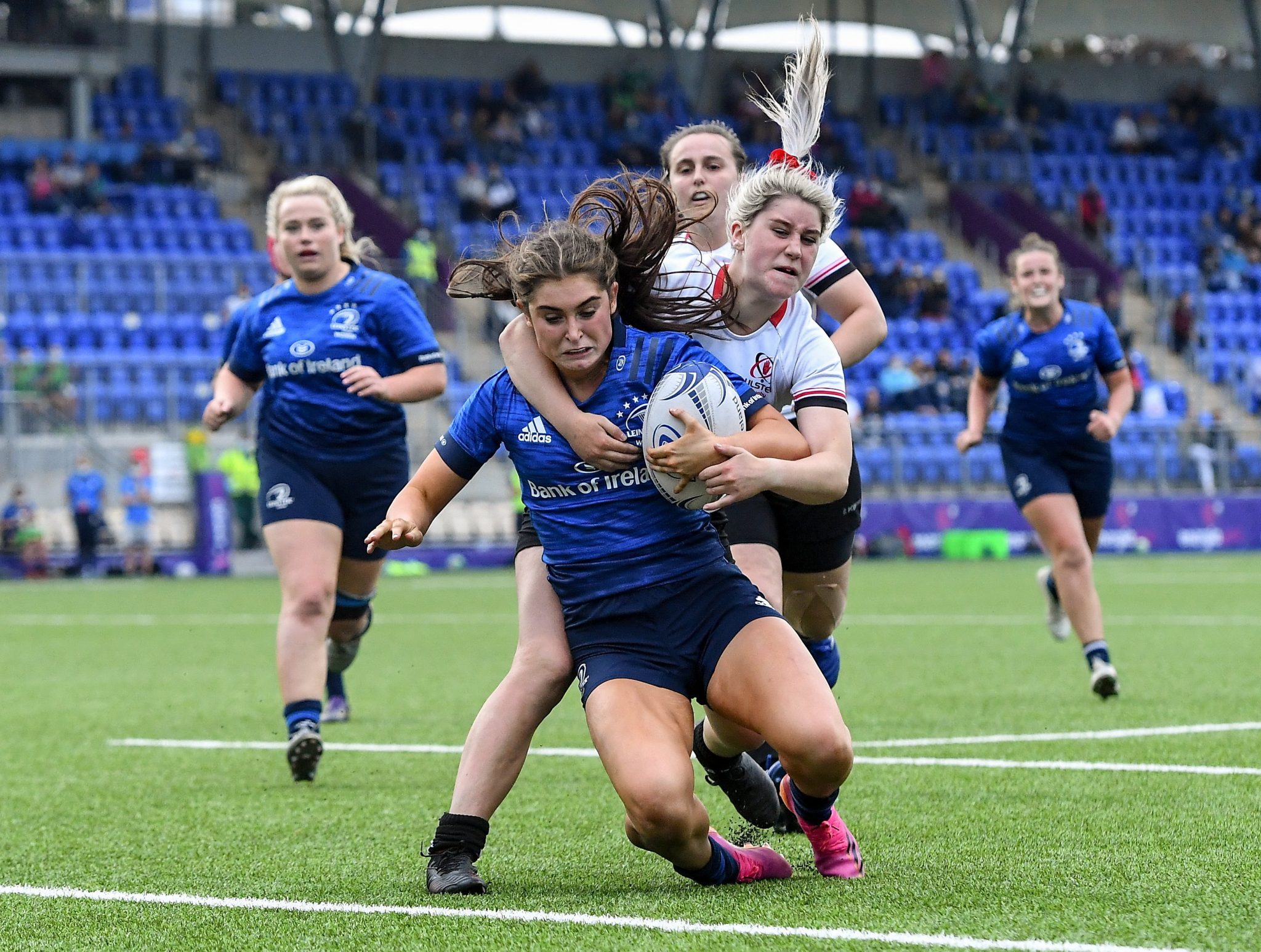 Ella Roberts of Leinster fends off the tackle of Toni Macartney of Ulster, on her way to scoring a try, during the IRFU Women's Interprovincial Championship Round 2 match between Leinster and Ulster at Energia Park in Dublin. Photo by Piaras Ó Mídheach/Sportsfile

Munster completed the weekend of women's action as their second half performance saw them brush past Connacht, winning 31-7 to make next weekend's final round clash with Leinster the decider of the championship.

Munster's Clodagh O’Halloran and Connacht's Ursula Sammon traded converted tries in the first half to keep scores level heading into half time.

It took a breakaway score from influential out-half Nicole Cronin to break the deadlock in the 57th minute, and Munster’s talent-packed bench gradually put the result beyond doubt.

Stephanie Nunan sped in at the left corner a few minutes later, fbefore Deirbhile Nic a Bhaird burst through from halfway to bag the bonus point.

Aoife Doyle’s last-minute effort, set up by a deft kick from Cronin, was the icing on the cake for Munster, who lead Leinster by a single point ahead of their final round showdown in Donnybrook next Saturday.