Leinster were looking to get back on track after more than five weeks without a match as they hosted Montpellier at the RDS on Sunday.

Leinster were looking to get back on track after more than five weeks without a match as they hosted Montpellier at the RDS on Sunday.

With the reverse fixture in December being awarded to Montpellier as a result of COVID cases in the Leinster camp, the hosts were looking to get some retribution as they felt that the match should have been recorded as a draw.

There was little sign of rust from the hosts early on, as they looked dominant from the opening whistle. With only 20 minutes played, Leinster were already 21 points up, and did not look like slowing down.

However, in the second quarter, Leinster's lack of game time started to show, as they slowly allowed Montpellier to attack their line.

The hosts made a number of errors throughout the first half, and were fortunate that the loose passes and defensive errors were never properly capitalised on by Montpellier.

Ross Molony touched down to seal the bonus point in just 23 minutes!

The third-fastest bonus point ever secured in the #HeinekenChampionsCup... pic.twitter.com/Q1aqO2vyzY

While the visitors did get the one try back, and looked as if they were going to get a second, Leinster opened the floodgates and racked up a massive 89-7 win. That felt personal after the decision went against them last month. 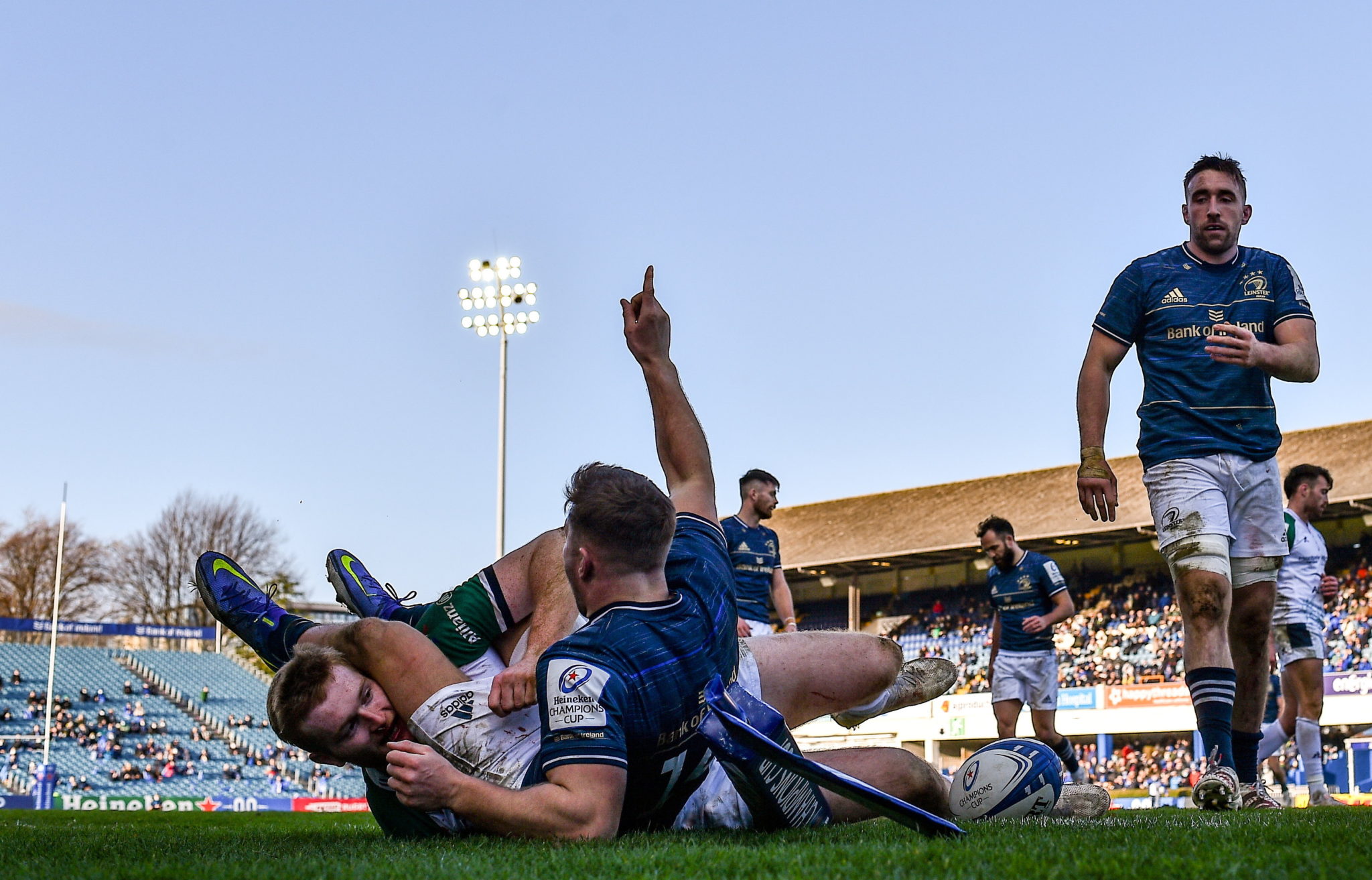 Coming up against sub-par opposition, Porter was always going to have a good performance. While the rest of the team needed to shake off some cobwebs in the handling stakes, Porter's scrum and defensive efforts showed no signs of rust.

Much like the rest of the team, the scoreline papered over a few of the cracks in Kelleher's game, particularly his handling when the game opened up. Nevertheless, Kelleher looked for work, was always there in support, and played like the world class hooker we have become accustomed to seeing in blue and green.

The most worrying thing about Furlong's performance was how short it was, just three weeks out from the start of the Six Nations. With no rugby in over a month, he surely needed a full match to get back to full fitness, as do all of Leinster's internationals. 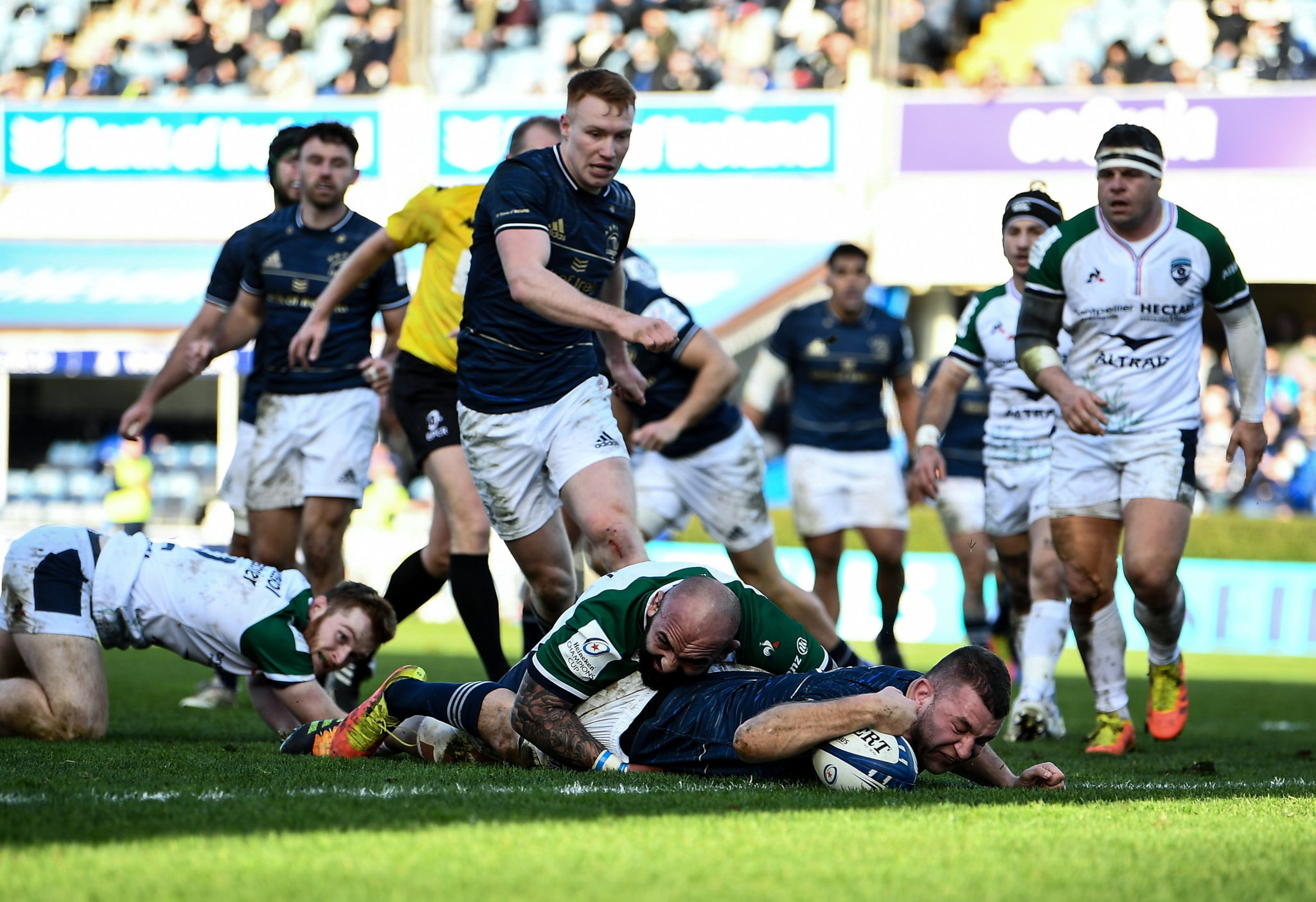 Leinster scored all types of tries against Montpellier, from the coast-to-coast run to Molony bashing his way over from close. While he was not as physical in all of his carries as he was to score the hosts' bonus point try, Molony was one of the key defenders throughout the match for the hosts.

Considering he would not have expected to start the match, Murphy had a particularly strong performance in place of James Ryan. He carried with impetus, tackled superbly, and did his best not to just make up the numbers, but stand out in a powerful, international pack.

The only thing that Doris did not do was add his name to the scoresheet. He was a dominant carrier, superb defender and all-round back to his best.

With the competition for places in the Irish back row as hot as ever, just three weeks out from the Six Nations, Van der Flier put up a timely reminder of how good he is when he is at his best. While the quality of the opposition cannot be ignored, Van der Flier was impressive not just with his work rate on attack and defence, but his vision for space and recognising opportunities, none better than his lineout regather to score in the second half.

What does Andy Farrell do with the Irish back row? Make them all Leinster? Off the back of the three players' perforamance on Sunday it would be difficult to argue if he did. Conan was involved in most of the good that Leinster put together, and his score in the first three minutes of the match typified the type of number eight that can do it all. 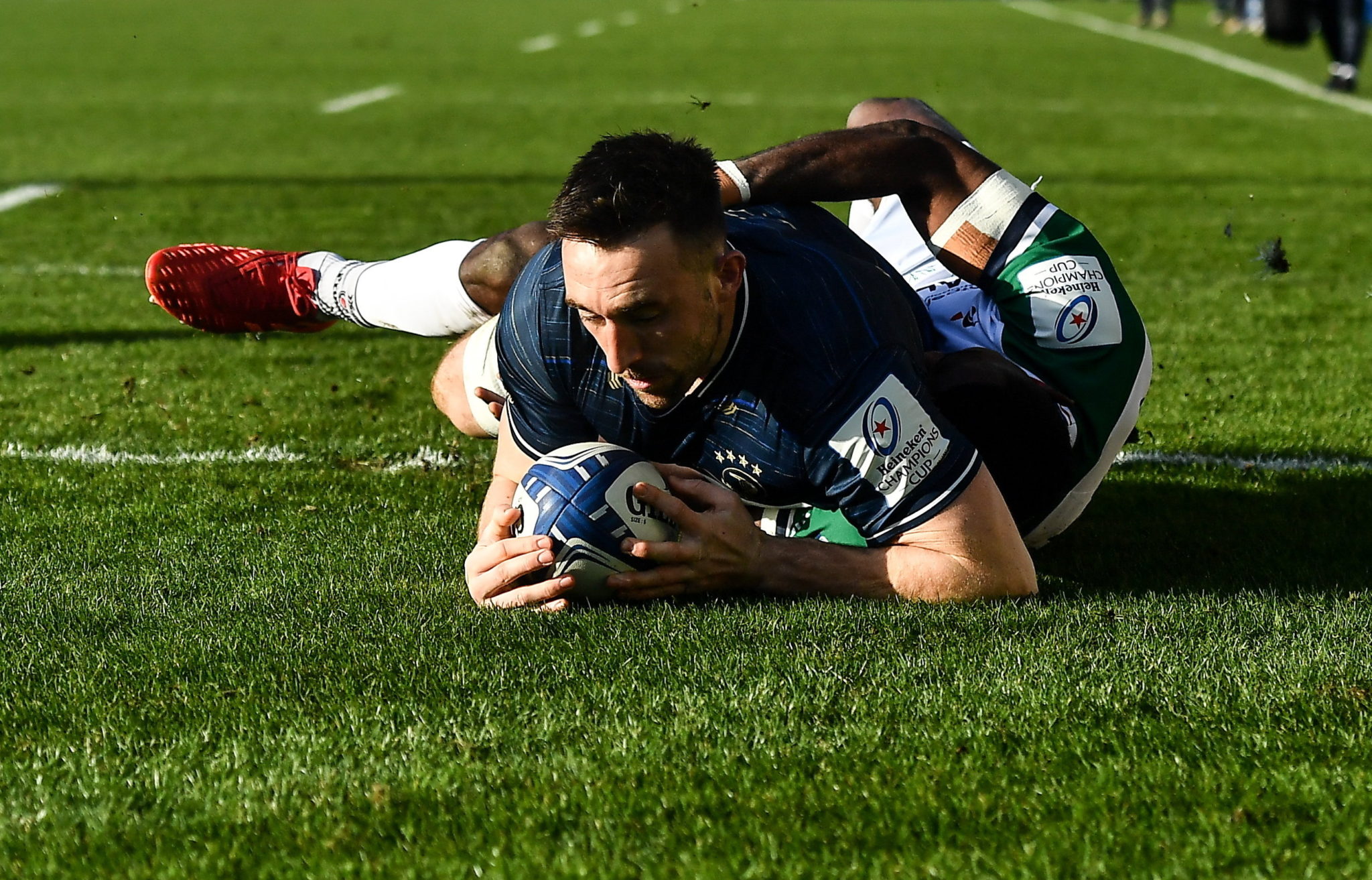 The Irish international scrum half was enjoying his time in the Dublin sun, looking hungry for work throughout, consistently running the support line for the break aways. He was unlucky not to add more than one try to his record, as the final pass fell to ground a few times, but Gibson-Park was still dominant behind a superb pack.

Byrne overtook Isa Nacewa on the list of most points scored for the province, however it was his composure and eye for the gap that impressed against a poor Montpellier. Byrne might have made a few errors, as did all of his teammates, however he was composed in his decision-making, and kicked well on top of that.

The young winger was electric for his solo try, and consistently looked for work both on and off the ball. He defended the wide channels well, however his handling left something to be desired, and a better side would have punished Leinster for that.

Frawley was the creative force behind Leinster's backline attack, and always managed to put the hosts on the front foot. However, often his final pass or offload went to ground or was otherwise not as clinical as should be expected.

The captain for the day, Ringrose suffered from a similar issue to Frawley in that he looked exciting for most of the match, but was just not clinical enough with the final pass. It was far from a poor performance, but the rust was evident. 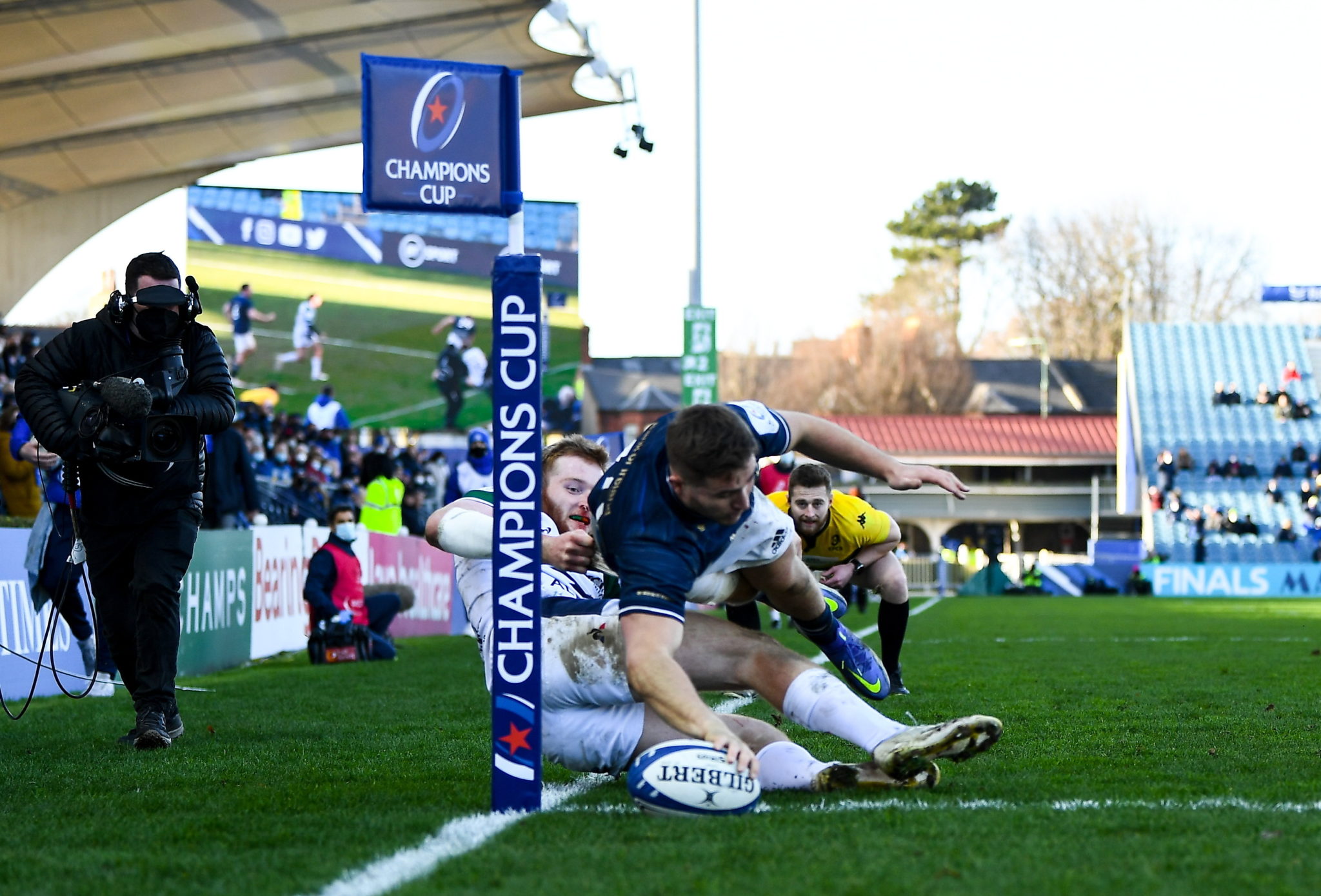 In just one half of rugby, Larmour racked up the second most running meters of the entire match, and scored a brilliant try in the corner. However, there were more than just the one try on the pitch for him to take, and he was unable to finish off some promising play, not always through his own errors, though.

Even Mr. Consistency can have an off day, and while this was by no means a bad performance from the Irish fullback, Keenan will be hoping that it was just him shaking off the cobwebs from five weeks off. He was superb under the high ball, as usual, looked good with the ball in hand that he had, and was not terrible on defence, however he could have involved himself more in the overall attacking movements from Leinster.

The visitors were always going to find it difficult heading to the RDS with a very young, inexperienced side, however they hardly put up a fight against a rampaging Leinster. Leinster made far too many errors to have scored so many tries, but Montpellier simply did not challenge them whatsoever.