'Leinster were inaccurate, particularly at the breakdown' | Rob Kearney

Former Leinster and Ireland fullback Rob Kearney felt that his former province made too many errors and were too slow to the breakdown as Cardiff earned a shock one-point victory.

'Leinster were inaccurate, particularly at the breakdown' | Rob Kearney

Former Leinster and Ireland fullback Rob Kearney felt that his former province made too many errors and were too slow to the breakdown as Cardiff earned a shock one-point victory.

It was a hard-fought, tight encounter at Cardiff Arms Park. While Leinster were in the drivers' seat for the first 20 minutes, Cardiff took control in the second quarter and took a narrow lead into half time.

Although Leinster came back, and even looked in control heading into the final minute, a penalty in injury time allowed eventual player of the match Jarrod Evans to slot the match-winning kick.

"Hopefully, this is the turning point in their season now, because that is a huge win." 🗣️

Cardiff win it at the death against Leinster thanks to a brilliant Jarrod Evans penalty 🔵 pic.twitter.com/BnlWCvz8dw

Speaking on Premier Sports after the match, Kearney broke down how he felt his former side lost the game.

"They were pretty inaccurate, particularly around the breakdown," Kearney said. "They did try to create some good attacking plays, but their handling errors let them down on a few occasions.

"But, credit to Cardiff. They played really well, their pack was very strong, they contested the ball very heavily.

"Their scrum was very dominant for large parts of that game, and I think, in the balance of it all, deserved winners. Just."

The turning point in the second half was an uncharacteristic error from Harry Byrne. Lloyd Williams booted the ball from inside the Cardiff 22m area, with the younger Byrne brother looking set to regather it and return fire just inside his own half.

However, Byrne left the ball to bounce, which allowed Cardiff to break deep inside the Leinster 22m, and eventually allowed for Hallom Amos to score in the corner and regain the lead.

For former Cardiff and Wales centre Tom Shanklin, who joined Kearney on Premier Sports, the kick seemed to be a bit of luck that went the hosts' way.

"You need a little bit of luck sometimes," Shanklin said. "This happens. It is a long box-kick by Lloyd Willians. No one knows what to do with it. It bounces, Aled [Sumerhill] did really well to collect it and stay on his feet.

"That is what you need. You need a little bit of luck to be able to get the ball back in good positions. Then it is a well-finished try." 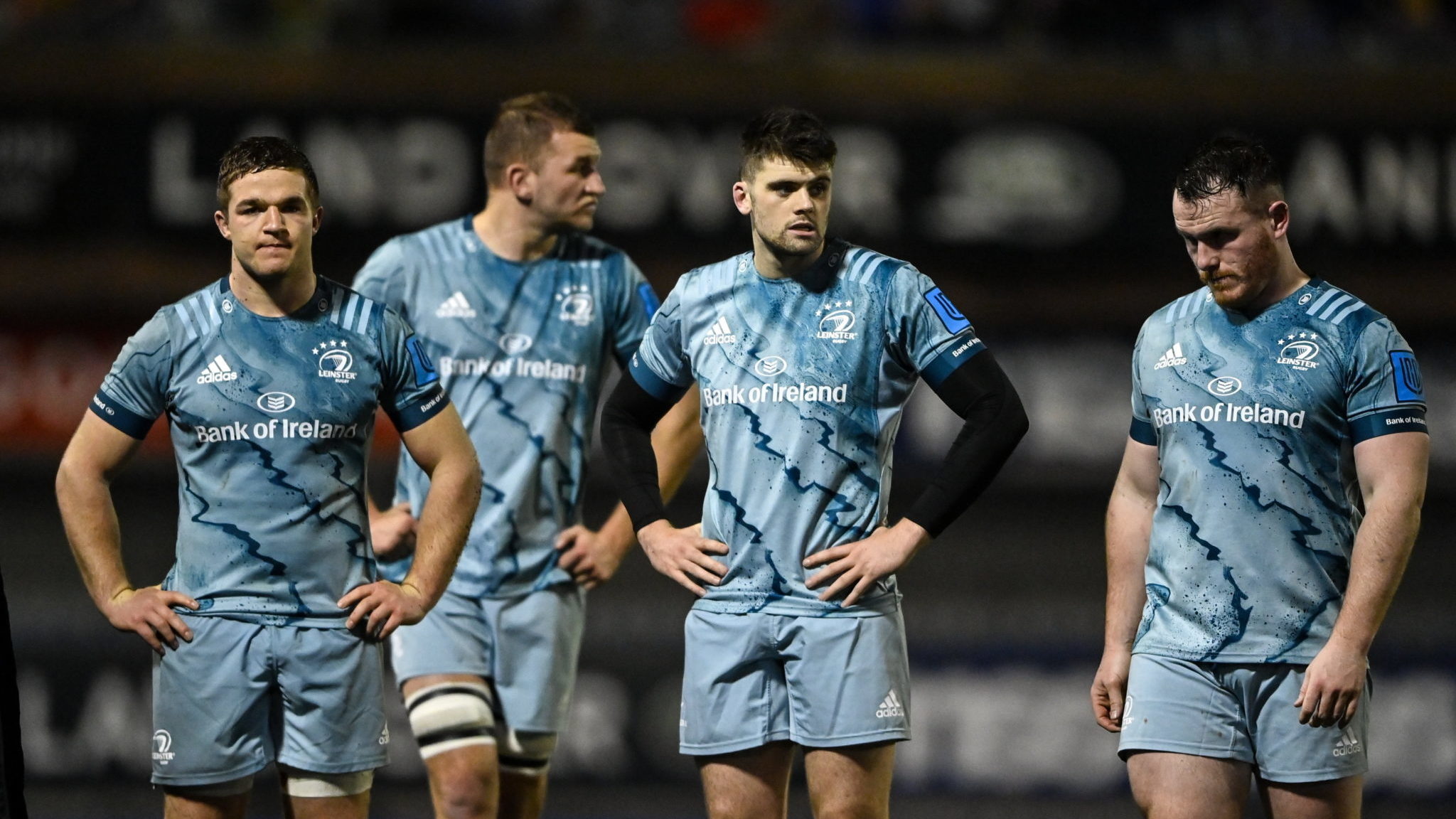 Byrne had come on as a replacement at fullback for Jimmy O'Brien. While that one moment is not to blame for the entire loss, legendary fullback Kearney is the perfect person to explain what went wrong for the younger Byrne sibling.

"Of course, you don't want to let it bounce," Kearney said. "If you are in any sort of doubt, there are those moments where you are going to have to try and take it over the touchline, just on the basis that that does happen.

"It is is going to happen one every 100 balls. Leinster were having some discussion with the referee or the touch-judge. I think Harry Byrne may have felt that it hit the line.

"But there was no angle to show that."

While he feels that Leinster will be disappointed to have lost that match, Kearney does believe that it was what was needed for the betterment of the URC.

"There is still lots to play for though," Kearney said. "I think the championship needed that. Welsh Rugby needed that. We promised a good game before it and we delivered."