Leinster were physically bullied by a dominant La Rochelle side that brought back memories of Sar...

Leinster were physically bullied by a dominant La Rochelle side that brought back memories of Saracens in the Heineken Champions Cup final two years ago to Brian O'Driscoll.

La Rochelle booked their place in the Champions Cup final against Toulouse with 32-23 victory over Leo Cullen's men, after coming back from an early deficit in the first half.

While Leinster came into the match hoping for a chance to secure their fifth star on their jersey, Ronan O'Gara's side had clearly done their homework on the men in blue, according to former Leinster captain O'Driscoll.

"And then you have this power game where Leinster have come unstuck in the past with Saracens, La Rochelle just adopted that with some of their big players; [Will] Skelton, [Uini] Antonio, [Gregory] Alldritt all had huge carries and Leinster just couldn't handle it." 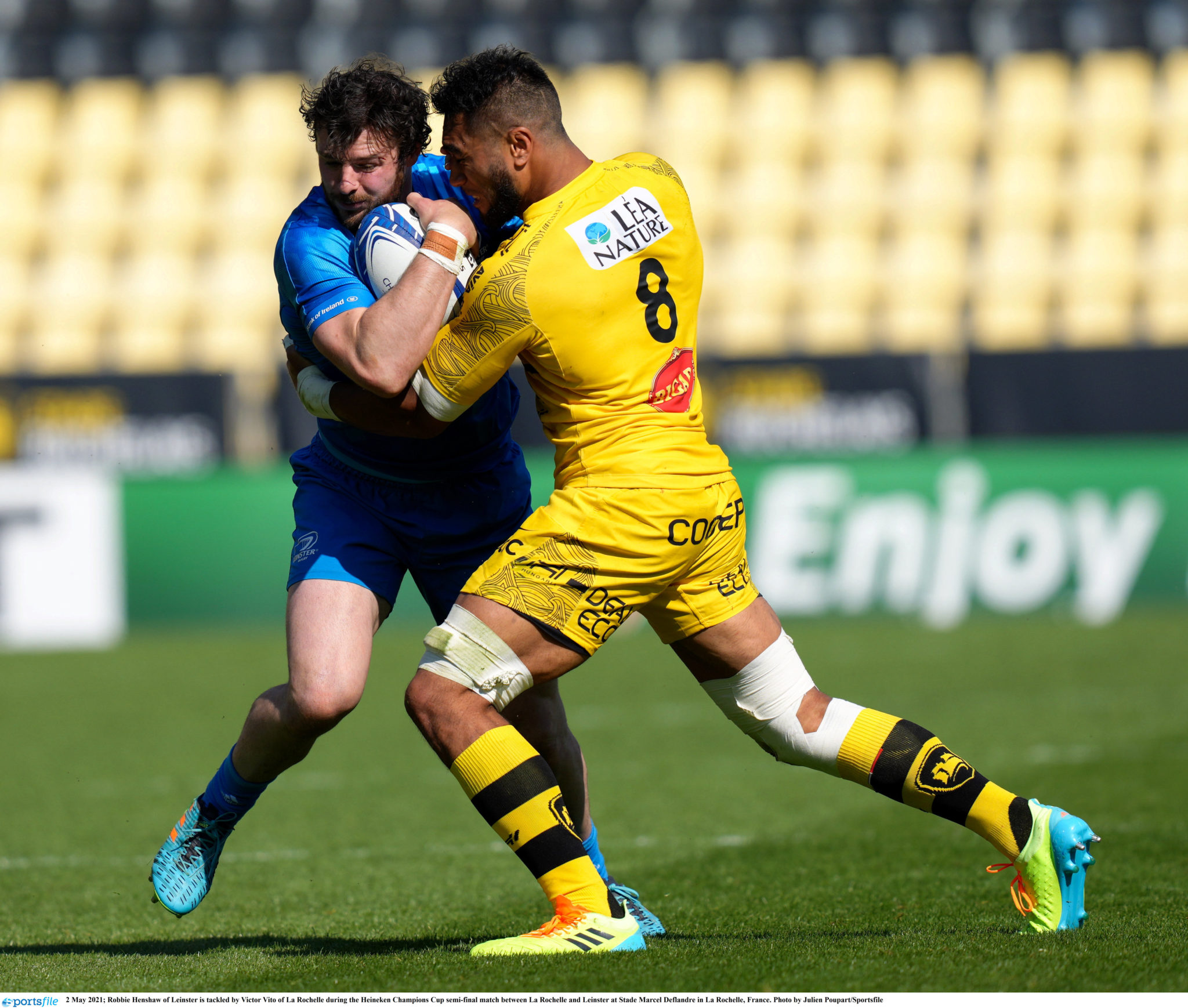 2 May 2021; Robbie Henshaw of Leinster is tackled by Victor Vito of La Rochelle during the Heineken Champions Cup semi-final match between La Rochelle and Leinster at Stade Marcel Deflandre in La Rochelle, France. Photo by Julien Poupart/Sportsfile

O'Driscoll felt that La Rochelle's dominance in the basic areas of the game, and their physical presence on the pitch were simply too much for Leinster.

"Their set piece was really strong," O'Driscoll said. "They just got the mechanics of their basics going really good, and if you keep hammering away at any team's line, eventually you are going to cross the whitewash.

"Particularly if you have got specimens the size of Skelton and the physical capabilities of Alldritt and [Kevin] Gourdon.

"It was a really great 23 man performance, and even the coaching ticket got their tactics spot on. They didn't try to play too much in their own half; they won all the micro-battles."

Similar to the performance he put in against Leinster two years ago, Will Skelton's performance for La Rochelle on Sunday was inspired by his former team.

"[Skelton] adds a different dimension to how they play," O'Driscoll said. "When there is someone that big and that powerful, but has the ability to show the soft hands and the offloading game pre- and post-contact, you never know what he is going to do.

"As soon as you brace for the collision, he pops it to some other runner coming short on him. Or as soon as you turn soft, expecting him to offload, he will bulldoze over the top of you.

"It was almost a plug-and-play from what Saracens did to Leinster a few years ago. He must have been hyping that up throughout the week saying 'this is how we managed to beat them in the final, let's just try and do more of the same', and got the just rewards."

'Caelan Doris was absolutely outstanding, he was everywhere' | Brian O'Driscoll