Leinster have beaten Glasgow by 18-15 to retain the Guinness PRO14 Championship in a pulsating clash at Celtic Park.

The two sides went at it from the off and set a relentless pace which barely wavered in the showpiece final.

Johnny Sexton missed an early penalty as he endured an off-day with the boot.

It was Glasgow who opened the scoring when Zander Fagerson powered over from close range to breach the Leinster defence in the 12th minute with Adam Hastings converting.

Leinster struck back immediately when Luke McGrath blocked a kick and Garry Ringrose pounced on the ball to get Leinster on the score board. Sexton pulled his conversion right and wide to leave it 7-5 to the Scots. 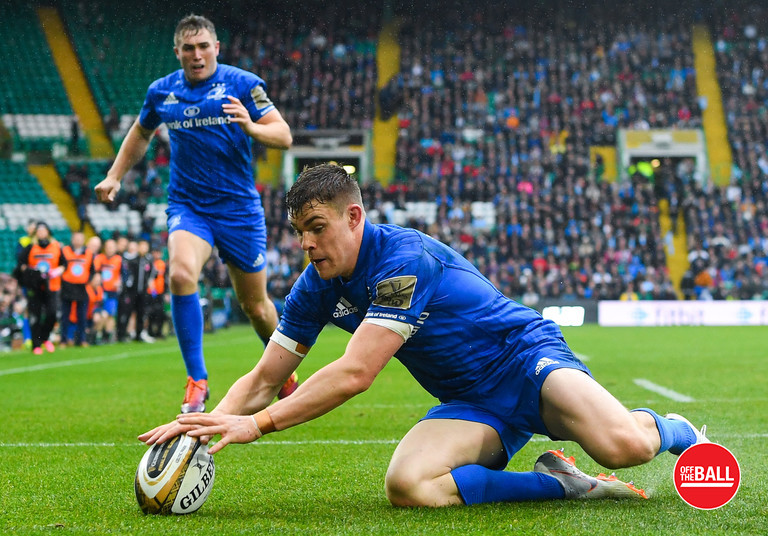 Adam Hastings extended Glasgow's lead with a penalty in the 22nd minute.

Leinster stuck back almost instantly when Cian Healy powered over in the 27th minute with Sexton converting to make it 12-10.

Leo Cullen's side began to dominate in the scrum and were awarded a penalty in the 33rd minute which Sexton sent through the posts to give them a 15-10 lead at the interval.

The second half continued in the same vein with neither side giving an inch in a tense, low-scoring 40 minutes of rugby.

Kyle Steyn saw yellow at a ruck with Leinster on the brink of extending their lead after a brilliant break by Ringrose and Lowe. Sexton knocked the resulting penalty to make it 18-10 to the Irish side in the 51st minute.

Leinster appeared to be managing the game perfectly, keeping Glasgow at arms length until Rob Kearney clashed with Stuart Hogg in the air while chasing his own Garryowen.

Hogg fell awkwardly and Kearney received a yellow card for his ill-timed tackle with only 15 minutes left on the clock.

Glasgow threw everything they had at the men in blue and finally made the extra man count when Grant Stewart raced in in the corner to set up a tense finish. Hastings missed the conversion from the touchline to make it a three point game with five minutes remaining.

Kearney arrived back on the pitch in the nick of time and Leinster closed out the match in Glasgow territory to retain their Guinness PRO14 title.

Kyle Sinckler cited for biting during the second Lions test