Caelan Doris will make his Leinster comeback against Ulster in the Rainbow Cup on Friday night at...

Caelan Doris will make his Leinster comeback against Ulster in the Rainbow Cup on Friday night at the RDS.

The Ireland international missed the Six Nations with concussive symptoms and a minor calf injury delayed his comeback against Munster three weeks ago.

Doris and Jimmy O’Brien have both been named in Leo Cullen's side for the Ulster game.

O’Brien comes into the number 15 jersey, with Jordan Larmour on the right-wing and Dave Kearney on the left.

Robbie Henshaw and Garry Ringrose form the centre partnership in what will be Henshaw’s first game in blue since being named in the British and Irish Lions squad.

Luke McGrath captains the side at scrum-half with Ross Byrne again outside him in the 10 jersey.

In the pack, Cian Healy, Seán Cronin and Tadhg Furlong start in the front row.

Ryan Baird and James Ryan form the second row pairing and in the back row, Josh Murphy and Josh van der Flier are on the flanks with Doris named at Number Eight. 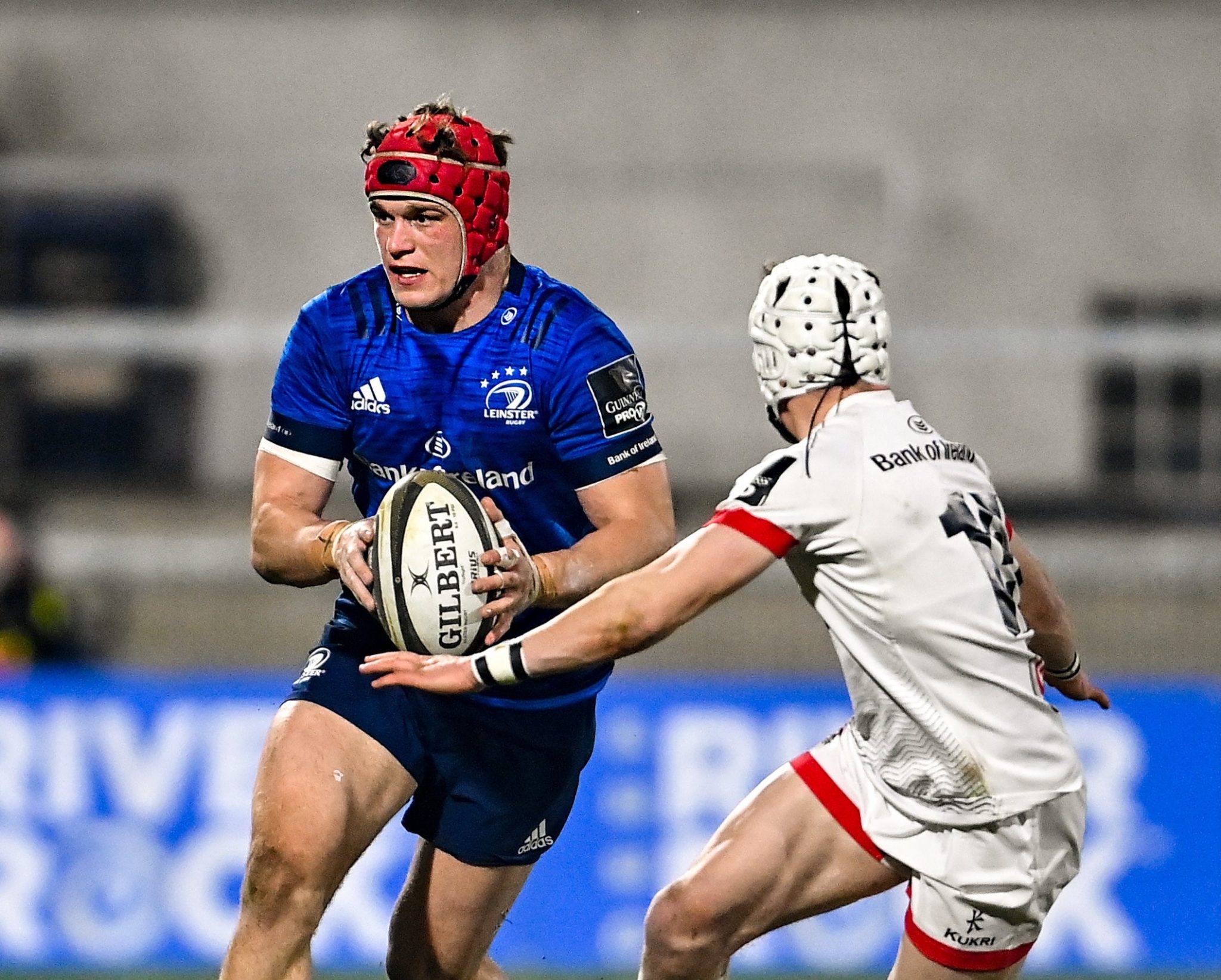 6 March 2021; Josh van der Flier of Leinster during the Guinness PRO14 match between Ulster and Leinster at Kingspan Stadium in Belfast. Photo by Ramsey Cardy/Sportsfile

Ulster have made 12 changes from last weekend's defeat to Munster at Thomond Park.

Jacob Stockdale retains his place at full-back, and will be joined by Craig Gilroy on the left-wing and Robert Baloucoune on the right.

James Hume will come in to form the midfield partnership with Stuart McCloskey, while Billy Burns and David Shanahan will take up the starting half-back berths.

Eric O’Sullivan, Rob Herring and Marty Moore all come into the starting front row, and Sam Carter will join captain, Iain Henderson in the second row.

Matty Rea is named at blindside, with Sean Reidy given the nod at openside, and Nick Timoney will complete the base of the pack at Number Eight.