A testament to the depth of Leinster's playing options, Alan Quinlan foresees no issue in trying to find starting spots for both Max Deegan and Caelan Doris.

Two players vying for the No. 8 jersey in an incredibly competitive back row, Deegan (23) and Doris (21), both of whom were called into Andy Farrell's first international squad late last year, may bring the battle for supremacy into the Irish fold sooner or later.

Yet, as far as Alan Quinlan is concerned, there is room for both Leinster talents to thrive simultaneously.

"They're two absolutely quality players," he explained on Monday's OTB AM. "They're very athletic, talented and good readers of the game.

"A couple of weeks back, Doris seemed to be the one who was the preferred starting No. 8, and Jack Conan is out injured at the moment and will have something to say when he's back, but to have Deegan now going neck and neck is a brilliant proposition for Leo Cullen.

"Of course they can play together." 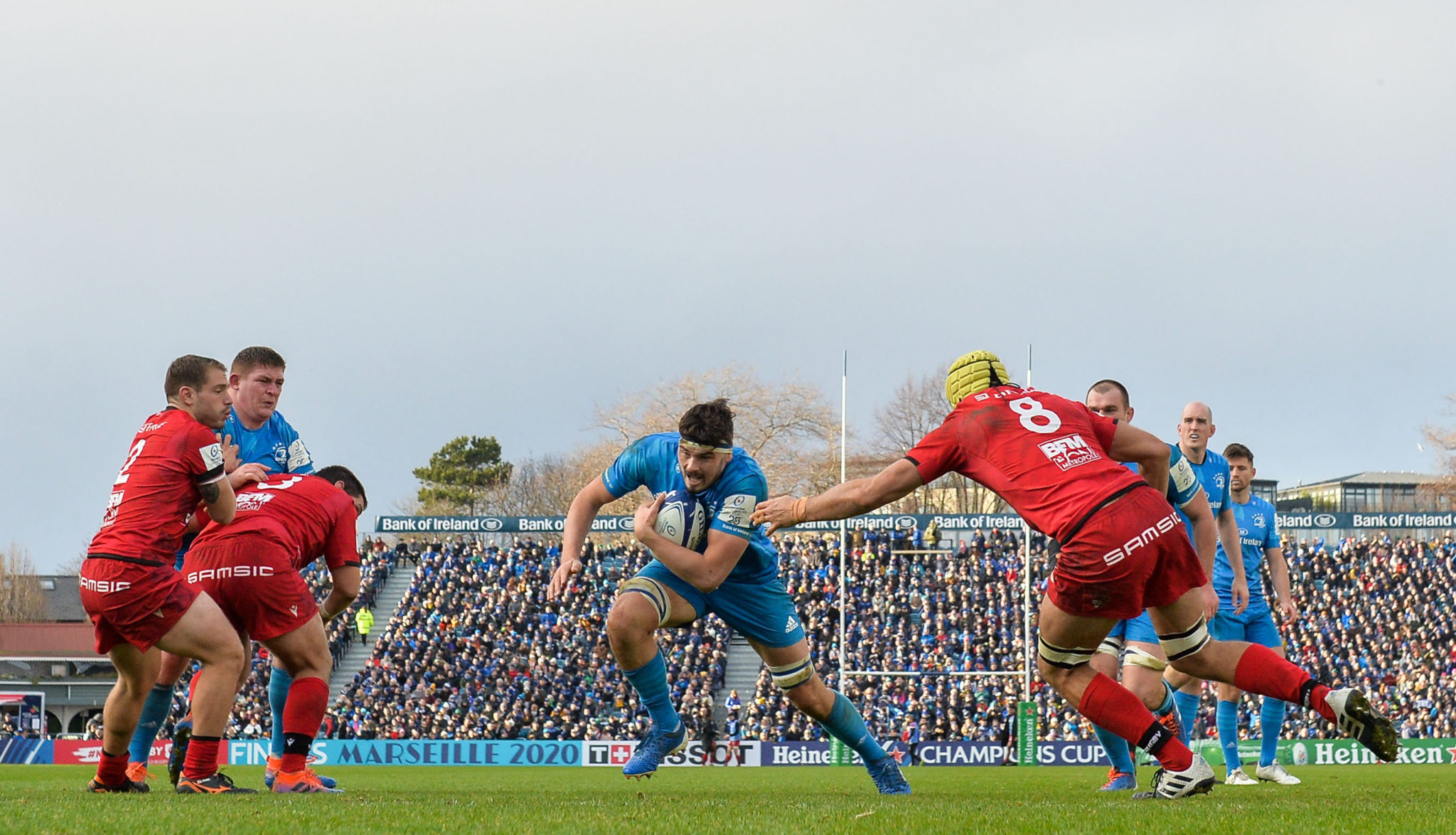 Max Deegan of Leinster on his way to scoring his side's fourth try despite the tackle of Virgile Bruni of Lyon during the Heineken Champions Cup Pool 1 Round 5 match between Leinster and Lyon at the RDS Arena in Dublin. Photo by Ramsey Cardy/Sportsfile

Pushed to elaborate how he foresees Cullen accommodating both men, the former Munster man highlighted their inter-changeability.

"I don't think either of them will become natural No. 7s," asserted Quinlan. "You could play them there in certain games but I think they're both No. 8s.

"The role is a little bit different and you have to be a little bit tighter and you can't freely roam around maybe like a No. 8, but it would be no issue for me either one of them going there."

You can watch back Alan Quinlan discussing the weekend's win for Leinster, as well as difficult weekends for the remaining Irish provinces here.