After Leinster overpowered Connacht at the Sportsground on Friday night, it was a much tighter affair between Munster and Connacht at Thomond Park on Saturday.

A try from Andrew Conway in the 64 minute was enough for Munster to edge Connacht in their first interpro-derby of the year.

It looked like it would be a comfortable night for the Munster as they dominated the first half. A try from a CJ Stander after 14 minutes really set the tone as he barrelled his way over the line.

Ulster did come back into though after Munster were pinged for not rolling away in the ruck. John Cooney converted the penalty to make it 7-6

After a J. J. Hanrahan penalty, Munster extended their lead with some nice play through the hands as Rory Scannell barged over two Ulster players to score. Munster went into the dressing room with a 15-6 lead. 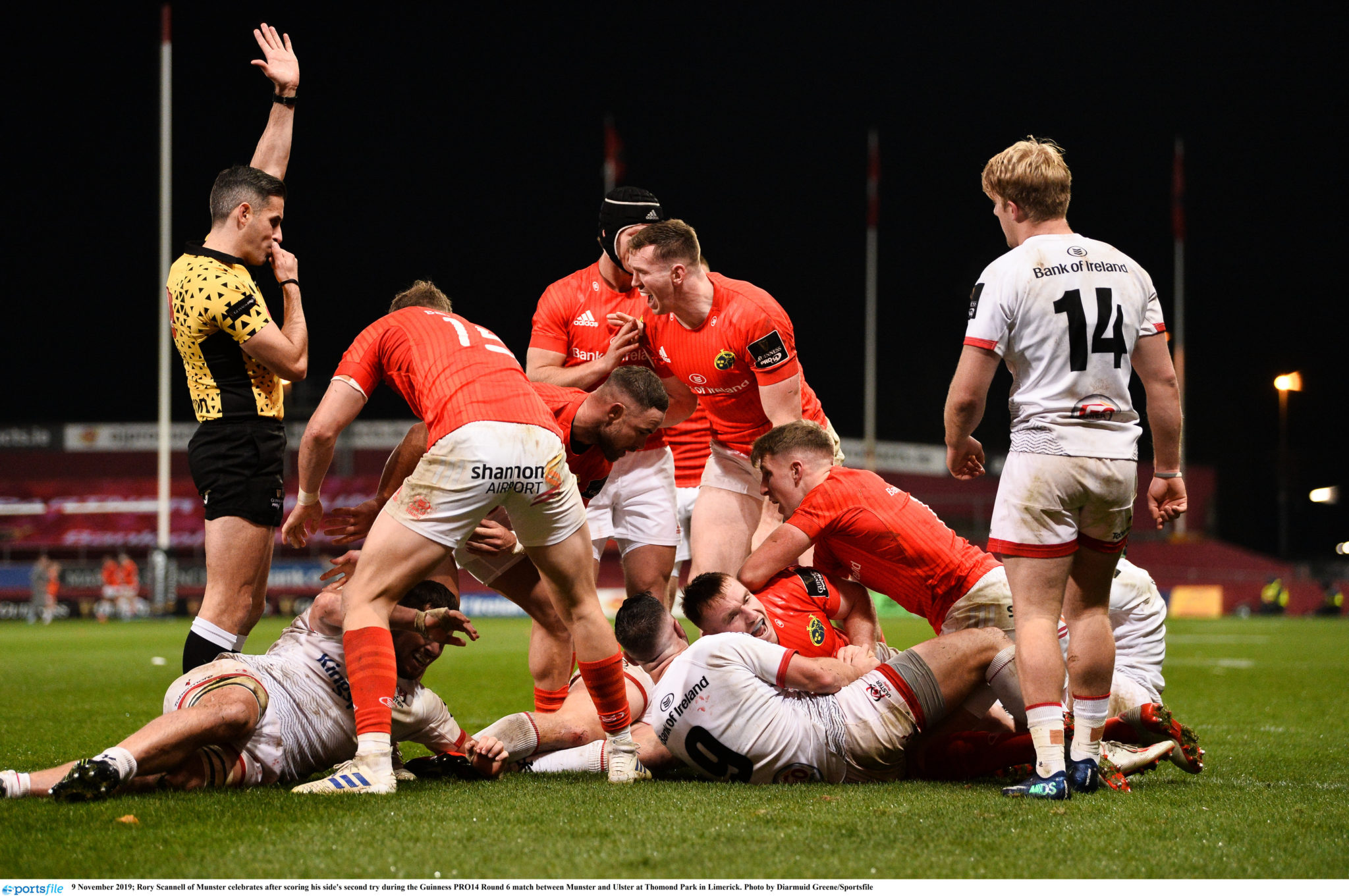 It did not take long for Ulster to respond though in the second half. After a maul deep in Munster's territory, Rob Herring broke away and took Munster by surprise to by sliding over the line.

That made the score 15-13 and when Munster were penalised for hands in the ruck, Cooney slotted a penalty over to make it 15-16 and put them in the lead.

Ulster held on until the 64th minute when a missed tackle from Ulster led to a Conway break. The winger finished things off in his trademark style by slaloming past two Ulster players to seal the win.

With 20 minutes to go Munster repelled an Ulster onslaught as they gave them field position by giving away multiple penalties. Ultimately, they held out and the game finished 22-16.

Inside centre Rory Scannell was awarded Man of the Match after the game and as well his try, he made some crucial tackles to deny Ulster attacking opportunites.

Munster will be without RG Snyman for start of 2021 campaign