Ex-Leinster centre Brian O’Driscoll joined Off The Ball on Thursday to talk about Leo Cullen’s options at hooker ahead of the clash with Saracens on Saturday.

The current PRO 14 champions have struggled at the lineout over the past couple of weeks, which has been their only real weakness post-lockdown.

In their first match post-lockdown, Munster frustrated the blue province, disrupting three of their 11 lineouts.

The inclusion of the experienced figure of Devin Toner did not do much to steady the ship for Leinster in that area.

They remained unsteady against Ulster and Munster in the subsequent matches, losing six out of their 28 lineouts in their last two matches.

Ahead of this weekend’s Heineken Cup quarter-final, it has been rumoured that a shock recall of Sean Cronin might be on the cards in an attempt to fix Leinster’s lineout woes.

O’Driscoll does not think that this will solve the problem, and that it would be unfair on Ronan Kelleher, who otherwise has not put a foot wrong.

“I’m no lineout expert but looking at a couple of them there was a bit of the blame to be put on Kelleher, but there were definitely one or two lifts that were missed,” O’Driscoll said.

“I think Josh van der Flier looked as though he missed one at one point.

“These are tiny margins that can be sorted out.”

O’Driscoll thinks that to leave out Kelleher off of the last couple of performances at the lineout would not be fair on the 22-year-old.

“I think personally that it would be a bit harsh on Kelleher, I don’t think he’s done a huge amount wrong other than that,” O’Driscoll said.

“We have seen with Sean Cronin in the past that ultimately his international career really suffered because his darts didn’t work in that Italian game a couple of seasons ago.” 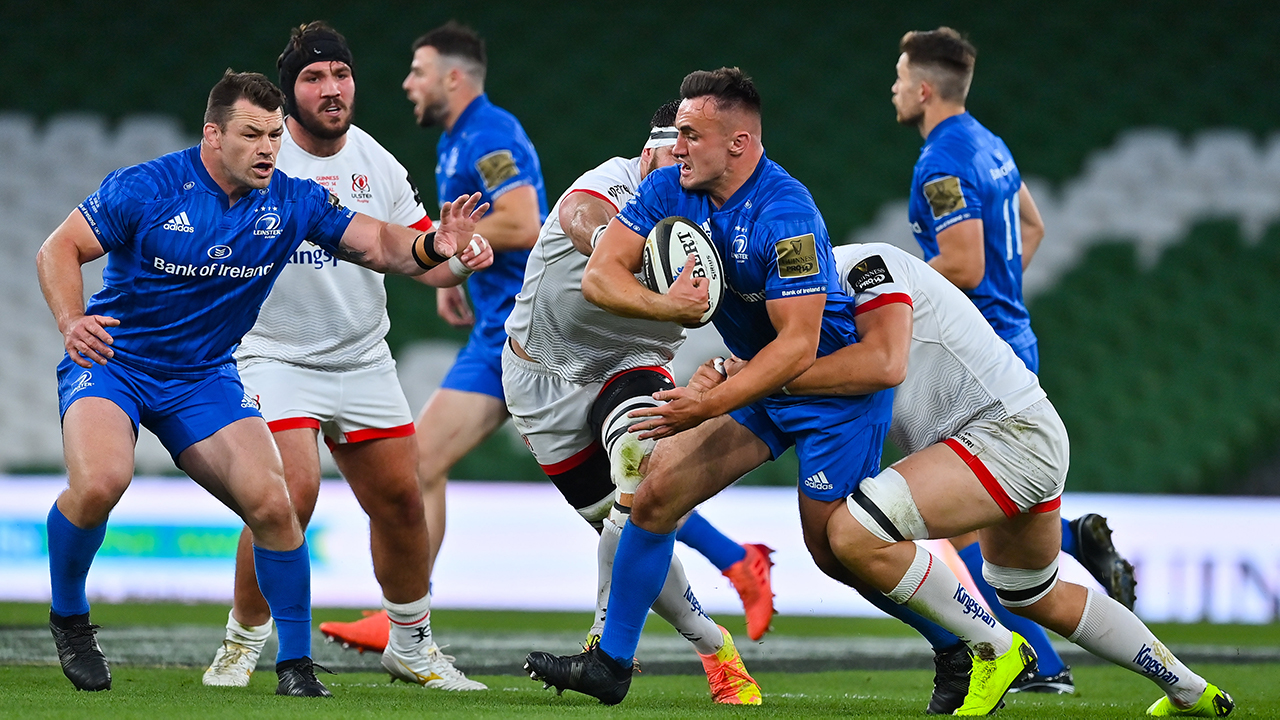 Rónan Kelleher of Leinster is tackled by Matthew Rea of Ulster during the Guinness PRO14 Final match between Leinster and Ulster at the Aviva Stadium in Dublin. Photo by Brendan Moran/Sportsfile

The Leinster legend said that if he were making the selections for the weekend that he would keep his faith in Kelleher.

“I’m picking Kelleher still; we haven’t seen much poor throwing to that degree or lineout malfunction like that previously,” O’Driscoll said.

“I think he’s entitled to another go because of what he also brings from a ball-carrying perspective.

“Not that Sean Cronin doesn’t, but why wouldn’t you potentially sit someone like Sean Cronin on the bench then?

“He’s a brilliant explosive player to bring on at half-time or at 50 minutes anyway.

“I think you stay with Kelleher and hope that the work that they do this week can sort that out.”

The lineout forms one of the main aspects of Leinster’s attacking threat.

Avoiding another loss to Saracens

If they are going to avoid a similar fate to that of the Champions Cup final last year, they will need to ensure that it works well this weekend.

“It is the focal point of Leinster’s launch play,” O’Driscoll said.

“They score more tries off lineouts than any other team in the competition.

“They look to get themselves into position with the quality of possession, especially when you’ve got a guy at 6 foot 10” calling the lineout.

“You’ve got the capability of [James] Ryan, [Caelan] Doris and Jack Conan in there as well.

“You’ve got lots of options so there should be no reason that you can’t win your possession.”

O’Driscoll pointed out that if Cullen’s men can target Saracen’s flyhalf off the back of a lineout they can get over the gain line. 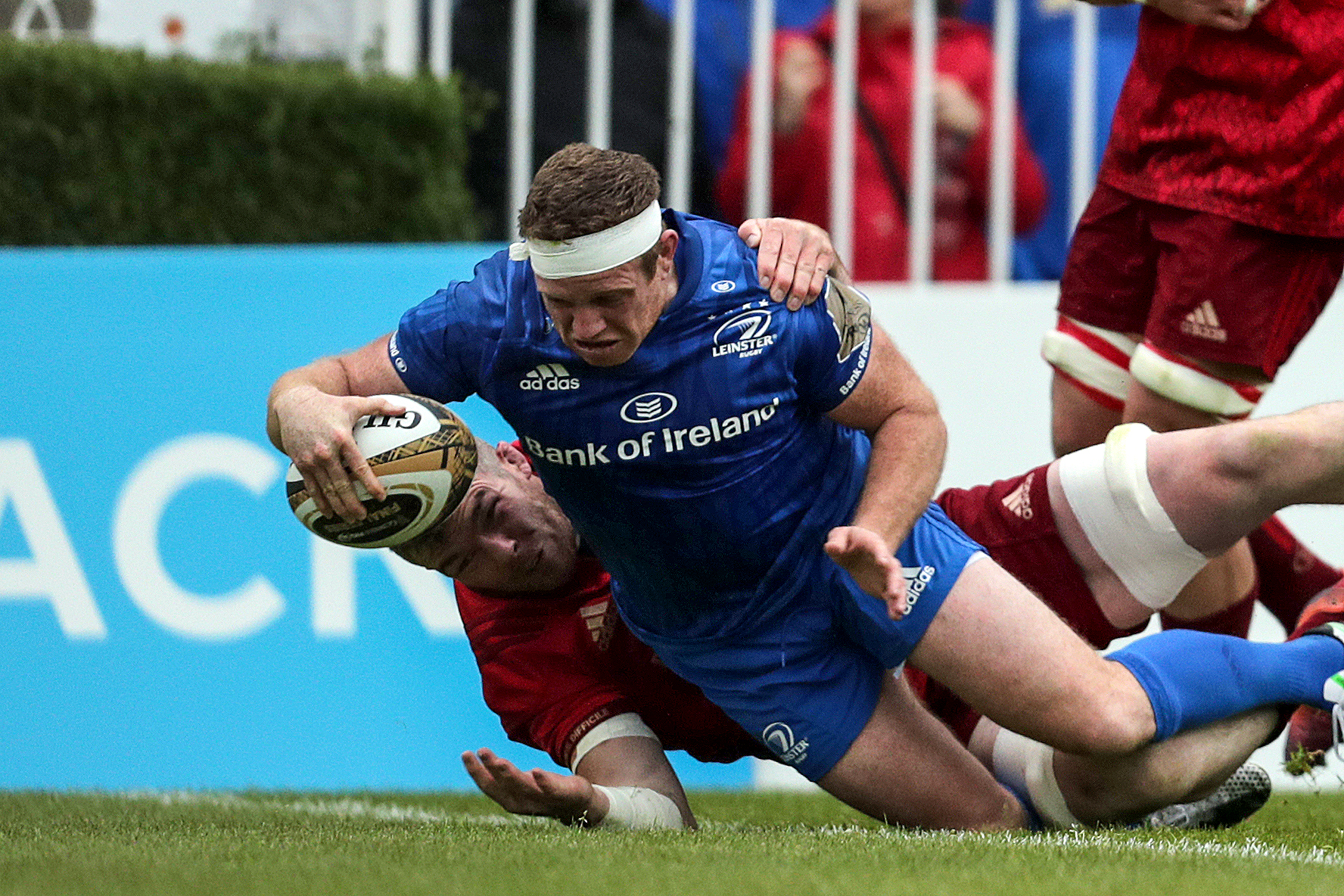 This is because they will be without English flyhalf Owen Farrell.

“If they can get good quality, particularly off four and off the back, I think they can get into Saracens,” O’Driscoll said.

“They can get into [Alex] Goode if he’s playing 10, or Manu Vunipola who they might select there.

“I think they’ll be looking at just being massively aggressive and getting into Saracens immediately.”

After sorting their lineout issue out, O’Driscoll believes that Leinster will be very difficult to stop.

“The knock-on effect is that Leinster will just get into their rhythm,” he said.

“Their phase play is better than lots of other sides and that is probably a big differential between them and most other teams in the PRO 14 and a lot of teams in the Champions Cup.